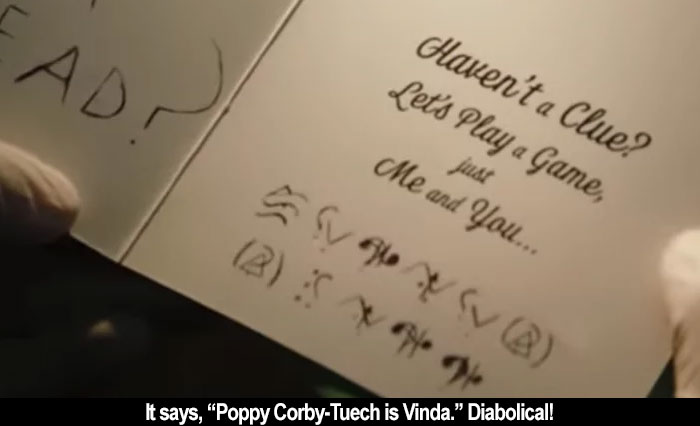 by Walter Chaw I love Matt Reeves. I think Cloverfield is exceptional, that I underestimated Let Me In upon its initial release, and that, for as popular as it was, the Planet of the Apes trilogy--to which he contributed two entries--remains underappreciated for how cogent and incisive a satire it is of the doomed trajectory of our irredeemable state. Reeves appears to be the rare bird who can work within the framework of franchise and intellectual property and still manage to produce largely uncompromised pieces, unbeholden to stock set-ups and happy pay-offs. I had the highest of hopes for his turn at the wheel of the Batman machine: if anyone was going to do a down Batman in defiance of the jealous protectors of a billion-dollar money tree, it was Reeves. Alas, The Batman is overlong, over-serious, poorly-paced, and the first of Reeves's films to show obvious production interference in the sort of narrative post-script--delivered via world-weary Blade Runner voiceover, no less--that is never not embarrassing for its awkward pandering. Any sins of structure can at least be attributed to Reeves and co-writer Peter Craig, who lean heavily on the "detective" part of Batman's "Dark Knight Detective" moniker in an earnest, all-in go at neo-noir. But the grafted-on epilogue suffers an instant, gaudy tissue rejection. It's sap in a movie that, for all its gravid clumsiness, has decidedly not been sap.

The Batman is Se7en with Batman, but moreover Se7en without resolve. Se7en if Gwenyth Paltrow jumped out of the box at the end à la Debbie Reynolds leaping from the cake in Singin' in the Rain. It shares with Se7en the same basic colour palette, the same rain-drenched streets, the same moribund hero detective (Robert Pattinson), here on the trail of a clever, clues-leaving Riddler (Paul Dano) who favours Byzantine, poetically ironic deaths for his victims--rats chewing the face off someone to learn the identity of a police-informant "rat," for instance. The bulk of the "riddles" aren't of the Gollum variety so much as of the Zodiac-killer cipher variety, which is of course an entirely different David Fincher movie to which The Batman also aspires. Would that it were as brutal as the one, as meticulously hopeless as the other, or, most importantly, as damn-the-torpedoes, fuck-the-audience uncompromising as either.

What The Batman mostly achieves is underscoring exactly how difficult a trick it is that Fincher executes without us seeing him sweat--this high-wire balance of procedural with theme and character. (Anticipating the obvious question of why Fincher doesn't make a superhero flick, The Batman highlights, too, how great a distaff Batman film is Fincher's The Girl with the Dragon Tattoo.) The only thing The Batman nails consistently is mood, but the ending screws that up as well. Oh, and there's a slinky love interest named Selina Kyle (Zoë Kravitz), a waitress at an underworld rave--frequented by lowlife The Penguin (Colin Ferrell)--with her own reasons for wanting to exact a little vengeance in corruption-riddled Gotham City. Her entire storyline, even though it dominates as much time as a regular-sized film (The Batman runs 175 minutes), feels unfocused and flaccid. If she's avenging a murdered friend, her actions seem disproportionate and her deus ex machina moment unearned. If her arc is about sleuthing out her mysterious parentage, the answer is unfulfilling and stinks of the "Joker killed Bruce's parents" contrivance of Tim Burton's 1989 Batman." Either way, it's a fruitless digression in an already terminally-discursive film. In this timeline, Batman's cop buddy Commissioner Gordon (Jeffrey Wright) is merely a plot-geeking Lieutenant, plus there's a famous inmate at Arkham Asylum, so get ready to fanboy out. Did I mention that John Turturro plays a crimelord? None of it matters.

What matters is that The Batman is trying something very different for a while that never quite takes, though you have to admire the effort. I like that Robert Pattinson appears to have modelled his interpretation of the character on Cesare the Sleepwalker from Robert Wiene's The Cabinet of Dr. Caligari, and I like that the emotional climax is a moment where he holds Alfred's (Andy Serkis) hand after confessing that the only time he feels fear anymore is over the thought of losing a loved one. I'm not saying this stuff is good, per se; I'm saying I like the way that it's bad. What I can't get behind is how exposition-reliant the movie is--just pages and pages of people talking at each other, recounting the plot, walking us through their thought processes, revealing things from the past, telling others of what they've learned about the past, reiterating this Batman's policy of not using guns and trying not to kill people... There's a particularly egregious sequence where Batman reveals, with awe and rage, the identity of a suspected villain, is corrected in a long monologue by someone else, and then with the same awe and rage, declares the new identity of the same suspected villain. It's unintentionally hilarious; the joke, I think, is on us for hoping to feel the same rush of "the butler did it all along!" catharsis. The best part of The Batman may be how it addresses the existential danger posed to this nation by the kind of isolationist tribalism that social media fosters. How the next generation of Ted Kaczynskis (and Kaczynski has become a popular, if niche, meme for Gen-Z) are being bred on the grievance backchannels of 4-Chan and Reddit, radicalized into acts of domestic terrorism at the beck of incel messiahs. It's the same thing the new Scream movie tackles, and The Batman goes about it in ways similar to Kimi and the new Texas Chainsaw Massacre. The Batman is a product of this time and place, in other words. A shame that this time and place are so stupid.