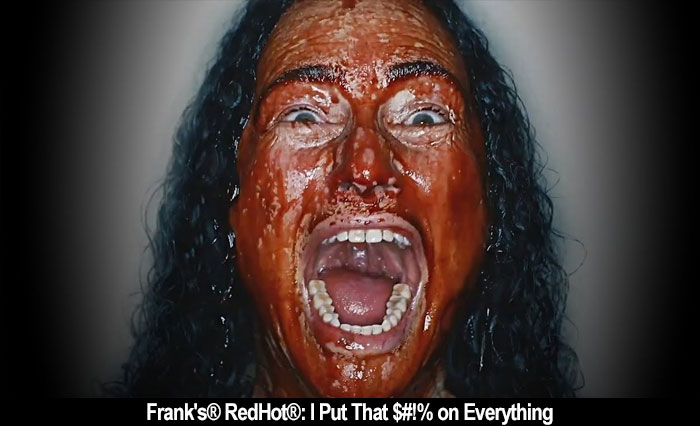 by Walter Chaw Hellbender is rare and wild, alive with joy, bristling with the energy of its invention. Even though its story of a young woman coming of age and discovering her power is familiar (some would say overly so), the approach the film takes is bracingly unpredictable. I've never seen a movie quite like it, straddling the line between experimental and conventional while managing to be free somehow of anything like arrogance or pretension. This isn't an affectation forced upon an audience, it's a reflection of what appears to be a genuinely unique point of view. John Waters made movies like this; so does David Lynch. Hellbender falls somewhere between them while being beholden to neither. I haven't felt like this very often watching anything. The creators are the Adams family: father John Adams, mother Toby Poser, and their daughters, Zelda and Lulu Adams. Between them, they split multiple duties before and behind the camera. They pulled up their roots at some point a few years ago to travel across the country from their home base in the Catskills, telling stories through shooting movies and learning the technical aspects of their craft as they went along. This is the seventh film created under their "Wonder Wheel" production banner, and it's a work of art that's very much like a masterpiece.

Hellbender opens in an indistinct past, in a clearing where an accused witch is being hanged by an angry rabble exclusively composed of women. Witch stories historically involve the fear and loathing of female sexuality. Their accusers are the town hypocrites, the moral zealots, upholders of a patriarchal view of women as domestic, obedient, meek. By immediately removing men from the mix in Hellbender, it becomes a piece about female complicity in their own oppression, and, unexpectedly, the prologue's lynching victim doesn't appear to be any sort of victim at all. Hellbender jumps to the modern day and the hovel of reclusive Mother (Poser), living in isolation in the middle of a forest with her teenage daughter Izzy (Zelda Adams) and teaching her how to survive off the grid while preaching the pitfalls that await her outside their tiny bubble. Izzy is forbidden from talking to anyone other than Mother. She's not allowed to go into town. They pass the time with games in which Izzy asks big questions for Mother to answer as riddles and playing in a two-person riot-grrrl band they call "Hellbender." But, of course, Izzy is curious about the great big world out there. One day, while she's out taking a walk, she comes upon a group of kids drinking beer and swimming, as teens do, and everything begins to change.

In its first half-hour, Hellbender is not unlike Carrie, as a woman isolated by her outsider beliefs tries to insulate her daughter from any modernizing influence. And for a while, it seems like Hellbender will follow those prescribed plot points, with Izzy yearning to make friends and break free, only to discover along the way that growing up for her means growing into a monster. But Hellbender has something a lot more interesting on its mind. It wonders what this story would look like if the "monsters" were truly monsters. What if, for instance, the things that motivate the "other" are exactly as alien and inscrutable as the "normals" fear? What if, despite the best intentions of any parent, a child becomes an adult? Most fascinatingly, Hellbender suggests that being a witch--a "hellbender," in the film's mythology--is morally neutral: that should one of them happen to slaughter and devour an entire town, for instance, well, that's just a hellbender being a hellbender. It is their nature to be at the top of the food chain. You may as well shame a jaguar for harvesting a monkey.

Accordingly, Izzy's rise to power starts when she eats an animal--an earthworm, on a dare--for the first time. Her "deflowering" is expressed through an explosive psychedelic light show and stop-motion animation. Of course Izzy wants more. When she asks Mother why an experience so wholly transformative, so exhilarating, has been kept from her, the look on Mother's face is a picture of conflict: happiness and pride mixed with horror. Mother's glad that Izzy's first time was great; and Mother's afraid that Izzy will never lose the taste for it now. As a metaphor for repressed sexuality and oppressive systems of social control, it's not just smart, it's touching, too. Mother doesn't want her girl to grow up, though the pain she's afraid of isn't the pain Izzy might experience, but rather the pain Izzy is about to inflict on the rest of an unsuspecting world. Hellbender is an empowerment story where the young woman, the hero of the piece, for whom we've rooted and with whom we've identified, grows up to be Shiva, Destroyer of Worlds.

The animating force of Hellbender is love. It's Mother's love for Izzy, at odds with Mother's love for the human world. And it's Izzy's love for Mother, which, even though she's disappointed at having been misled about her true nature, remains constant. (In what is for her a kind gesture, she leaves Mother alive to witness whatever atrocities Izzy's about to commit.) It's also about Izzy's love for herself as a being who feels beautiful, seen, deserving of happiness and experience, and empowered enough to seek the whole wide world on her own, uncompromised terms. As messages go, that's inspirational as fuck. The Adamses carry it all off with a clean narrative throughline that establishes an entire mythology, introduces fully-rounded ancillary characters with impressive efficiency, and makes time to shock with hallucinogenic passages, exceptional practical effects, and little moments like Mother's discovery of a papier-mâché crown at the local craft mart for the daughter she adores. Most of all, Hellbender is about the Adams' love for one another as it manifests in this product of their free collaboration. No ideas were too strange, too bizarre or incoherent, and as a consequence, the film moves like a collective, shared nightmare in which images and actions that shouldn't make sense, that might not even make it into a production where outside voices had a place to intervene, make perfect sense. Hellbender is exciting as both an experience and an announcement of the arrival of a real, defiant independence. The trick now for this family is to stay that way.