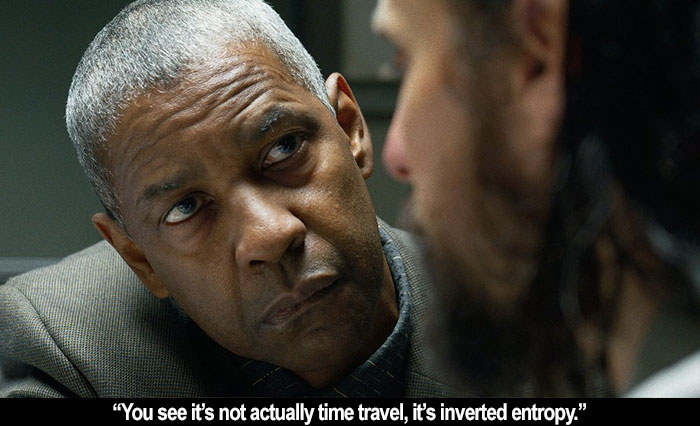 by Walter Chaw For a film aspiring so desperately towards a kind of shimmering, sublime, existential opacity, John Lee Hancock's The Little Things would have done well to be not quite so gaffed and on-the-nose. The epilogue even features someone tying all of the film's alleged mysteries up in a literal bow (well, barrette), which could be sly and knowing postmodernism but, in the hands of Hancock and composer Thomas Newman, his confederate in pabulum, is almost assuredly just as obvious as it appears. I've liked a couple of Hancock's films--especially The Rookie, because it was heartfelt pap. And I've disliked the rest of them for being the same heartfelt pap. Saving Mr. Banks, for instance, is egregious in its Vaseline-smeared defanging of P. L. Travers, the better to pay proper tribute to an at-least-ambiguous Walt Disney. Which is still a far sight better than what Hancock did to infantilize Michael Oher in that completely irredeemable, appallingly paternalistic celebration of White Evangelical Christianity, The Blind Side. I guess I don't mind pap in the tale of an old person getting to play baseball and like it less when it's in the service of making strong women appear weak and Black men appear slow and affable. I guess I don't enjoy heartfelt pap, either, in a long, dark teatime-of-the-soul '90s throwback serial-killer procedural.

Joe Deacon (Denzel Washington)--so named, I presume, because he's the minister and flock of his one-man church of misery--is a sheriff's deputy in some podunk backwater who drives a rusted-out old GMC truck, signifier of his lowly state. As The Little Things opens, he's sent to the big city as an errand boy to pick up some evidence for something or other, whereupon he gets drawn into a full-blown serial-killer investigation led by hotshot Detective Baxter (Rami Malek). As it happens, this reawakens half-buried issues Deacon's been doing his best to repress. Seems at some point in his oft-flashbacked-to past, Deacon failed to close a case in which a trio of prostitutes were ritually slaughtered, and he sees similarities in this new thing Baxter is working on. Deacon takes vacation time and starts digging, which Baxter encourages for reasons not fully explained except that Deacon is Denzel Washington and genuinely spectacular in the role. To be fair, their first meeting is a prickly one, but then they enjoy a full-on bromance. (For a film that preaches attention to "the little things," a little attention to the broad things would have been welcome.) In any case, Deacon and Baxter are on the case, and it turns out that Deacon, who was a legendary gumshoe once, is maybe not the best partner on an assignment that rouses his demons and that Baxter, played in a truly bizarre, reptilian-android turn by Malek, is maybe not very good at his job after all. Oh, Jared Leto is playing himself: a disgusting piece of shit who is the prime, and obvious, suspect in a spate of crimes against women. I did like an interrogation scene where Leto gets caught popping a boner, because you don't need to be a genius to cast him in this role.

Deacon likes to listen to an oldies station he gets turned on to by sad pathologist Flo (Michael Hyatt) in one of several scenes that Washington absolutely kills. Washington is so good in this movie that I was lulled into thinking it had something on its mind. Why would Washington, at this stage in his career, agree to do something that wasn't at least interesting? If there's a real unsolvable existential engine driving this husk of a star vehicle, it's why Washington thought there was something here--because, I mean, he could be cashing checks doing shouty August Wilson adaptations well into his dotage. In Deacon's scene with Flo, he asks her to break a rule for him; the accompanying song is The Neville Brothers' "Tell It Like It Is," and so Flo tells it like it is. Later, as Deacon tails Jared Leto, he's listening to Mary Wells's "My Guy," because Jared Leto is his guy. As the pursuit continues, Peggy March chimes in with "I Will Follow Him." That's right. No points for guessing what's happening when Etta James's "At Last" swells on the soundtrack. It's all so spot-on that I wondered if it was like an An American Werewolf in London thing where The Little Things is supposed to be some kind of self-knowing comedy, but given Hancock's track record of having neither a sense of humour nor self-awareness, I'm guessing it's as earnest as it seems. Not better than the drop-needle garbage is a syrupy Thomas Newman score that Hancock peanut-butters over everything. If you're wondering what a serial-killer movie would play like with the score from Field of Dreams, pilgrim, wonder no longer.

All of which makes it harder to reconcile the squandering of Washington's performance--and makes the existence of his performance in the middle of this even more puzzling. It's like finding a moral Republican. Who is also Black. There's a scene in particular that Washington plays silently from one side of a two-way mirror as some pervert (Frederick Koehler) tries in vain to peer through it at him. It reminded me of John Cazale in the mirrored van in The Conversation. If The Little Things were a serious work possessing gravity, you could explore how it's at heart a movie about ways of seeing. So much of the dialogue is given over to looking. Flo tells Deacon, "When I look in your eyes...it ain't good." Later, Hancock shows one moment of meaningful, artful direction (which must have been an accident given, you know [gestures vaguely at everything in sight]) when he uses a double-exposure dissolve transition to have one of Denzel's eyes become the headlight of his old beater truck. Washington himself is a master of looking. The best scene in the movie, aside from that silent moment in the interrogation room, is probably between Deacon and his ex-wife, Marsha (Judith Scott). He shows up on her front lawn as she's heading off to work; they never get very close, don't say much (although they still say too much, because Hancock), and then it's over but for the dozens of emotions at play across Washington's face. Watching him work through this material is like Bob Fosse doing "Rent."

I realize that by touching on Flo and Marsha here I may be giving the impression that The Little Things features well-written, nuanced roles for women when it absolutely does not. These scenes above represent essentially the totality of dialogue for women in this film, though Lee Garlington has a banging two minutes where she just slays as an irritable landlady facing the prospect of cleaning up a pretty gnarly mess. Baxter's...partner? Colleague?...Detective Estrada (Natalie Morales), on the other hand, is functionally a mere assistant who fucks up in a spectacular way in a script that has multiple variations on how to contrive to separate our heroes at the most inopportune times. In regards to women, The Little Things mostly arranges their desecrated bodies for the prurient interest of voyeurs intra- and extra-textually, and it does so in the embarrassed way of low movies that nevertheless aspire for polite acceptance. It shows and blushingly does not show; the atrocities visited upon the movie's victims are almost pretty--certainly palatable--and that's a problem, you'll agree. Not helping: a trio of mute shades who appear to Deacon at night, staring at him (there's that "looking" again) in mute accusation or plaintive, wordless pleading. One of them, Mary (Anna McKitrick), first manifests at the foot of Deacon's bed in a scene immediately following a sleazy hotel clerk offering to find him some "company" from the hookers plying their trade out front, making me think Deacon had taken him up on his offer. It's sloppy editing at best. At worst it equates Deacon's remorseful muse with a caricature of a "street walker." The tension between the film wanting a hero destroyed by his inability to protect the innocent and the portrayal of women strictly on the Madonna/whore spectrum is irresolvable. It's not Deacon's binary "gaze" that's the problem--it's Hancock's binary gaze that's the problem.

So The Little Things is awful and made extra frustrating by how blindingly great Washington is in it. Imagine if Michael Jordan had played for the Knicks. Washington is only truly matched in power and subtlety by a trio of women (Hyatt, Scott, Garlington), throwing into harsh relief how badly the film misunderstands its strengths and what its story might have been about. What's left is Malek doing his best to be as alienating as possible--making his peers' vocal admiration for him inexplicable--and Leto being a repulsive scumbag while also playing one. I suspect they're both trying to anchor themselves to distracting shtick in some futile attempt to keep from getting blown off the screen by Washington simply existing alongside them. Aspiring to be something like Washington's Copland is a noble pursuit, but asking John Lee Hancock to do it is doomed at conception. You see what The Little Things is going for at the end mainly because Hancock is so quick each time there's a thread left unpulled to pull the shit out of it. He doesn't have the muscle to leave well enough alone and, more, doesn't seem to trust Washington to land the plane. He's so good, though, Washington is, that I may watch this a second time just to see him do it again.