by Walter Chaw There are a lot of interesting things about Jet Li's sad run through Hollywood, among them the fairly simple question of why, in Romeo Must Die, this particular yellow Romeo must die. But then he doesn't die, and he also doesn't get to kiss the girl, who isn't white but Aaliyah (black)--mitigating, I would have thought, the taboo against Asian men in American cinema having any kind of sexuality that isn't ridiculous (see: Long Duk Dong) or that involves a white lady. In his next film, Kiss of the Dragon, Jet teams up with a white prostitute (Bridget Fonda) and, belying the sly Orientalist promise of the title, doesn't get to kiss her, either--and she's a fucking hooker. It's a cultural ban so stringent that there's a specific category of porn, deeply perverse, that is not only interracial, but specifically Asian man on white woman. Not long after 2003's Cradle 2 the Grave, Li played an Asian man kept on a leash who, at a word, is made to perform martial arts for his white master's favour. Danny the Dog (retitled Unleashed in the United States...why, again? Because of Hollywood's sensitivity?) is probably the most poignant expression of the plight of the Asian action hero in the United States: castrated, humiliated, valued for the single trait of knowing kung fu--even if, as it was for Jackie Chan in the Karate Kid reboot, Chinese "kung fu" is reconfigured as Japanese "karate." Chris Tucker's favourite joke in the Rush Hour movies, after all, is to mistake the two cultures--a favour to neither and funny, probably, only to Tucker.

by Walter Chaw A cacophony of cascading whimsy, Michel Gondry's exercise in Freudian bric-a-brac The Science of Sleep plays like a movie based on a thrift store specializing in Harlequin novels--French Harlequin novels. It adheres to the music-video director's maxim of maximum images per second, and it casts Gael García Bernal as Stéphane, a useless lug endlessly working on a calendar of calamitous events and pining after his across-hall neighbour Stéphanie (Charlotte Gainsbourg), with whom he is too smitten to confess that his mother is her landlord. His dreams take the form of a one-man variety show, while Gondry revels in scenes where he inflates his hero's hands and has him ride an animated patchwork horse. But The Science of Sleep is more exhausting than illuminating--more a loud masturbation than any kind of intercourse with the audience. The difference between the Gondry of Eternal Sunshine of the Spotless Mind and the Gondry of The Science of Sleep, it seems obvious to say, is the difference between a film scripted by Charlie Kaufman and one not, though it's more complicated than that in that the Kaufman of Eternal Sunshine of the Spotless Mind is an artist who finally struck a balance between affectation and a much finer connective tissue. Gondry is still just engaged in the twist. 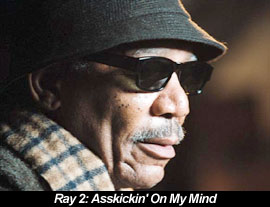 by Walter Chaw Though it was written by Luc Besson and directed by Besson protégé Louis Leterrier, Unleashed could slide into Walter Hill's portfolio with almost no tweaking. (A double-feature with Hill's Undisputed would make for indispensable viewing from the front lines of the culture wars.) Unleashed is interested in Hill's tent poles of social class and race, sprinkling in healthy doses of ugly machismo en route to what's best described as a virile noir fairy tale painted in shades of brown and green. Tight as a drum, the picture also reminds of an adult-themed anime--a science-fiction manga about a dog that learns to be a man under the tender ministrations of a kindly old piano tuner and his plucky schoolgirl daughter. Complicating Unleashed is its vision of a world in which white men are rich and corrupt, women (especially artists) are doomed to a life of prostitution, and a Chinese guy fitted with a dog collar shuffling meekly behind a white person is a sight that causes no head to turn. This world, of course, is the Hollywood mainstream. 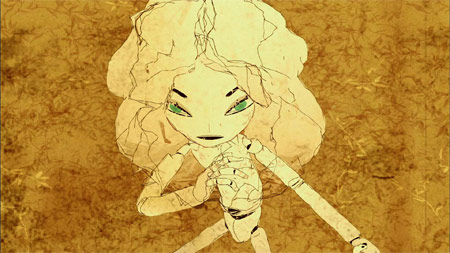 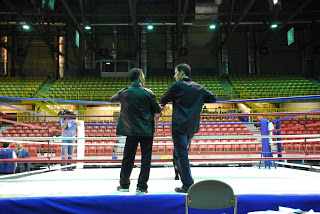 by Angelo Muredda Director Corey Lee stages a moving reunion with his infamous but distant father in Legend of a Warrior. As a martial arts grandmaster and lauded trainer famed for ushering former pupil Billy Chau to a kickboxing world championship, Frank Lee spent his son’s formative years in gyms, training surrogate children while Corey went largely unattended. Now his son is trying to reconnect, relocating to the elder Lee’s Edmonton gym for a rigorous five-month training program that will submerge him in his charismatic father’s world while taking him away from his own young children. What follows is both an observational record of that process and a subtle father-son melodrama, punctuated by animated interludes that turn Frank’s early days in Canada and youth in Hong Kong into a comic-strip biography.