Hot Docs '18: The Night of All Nights 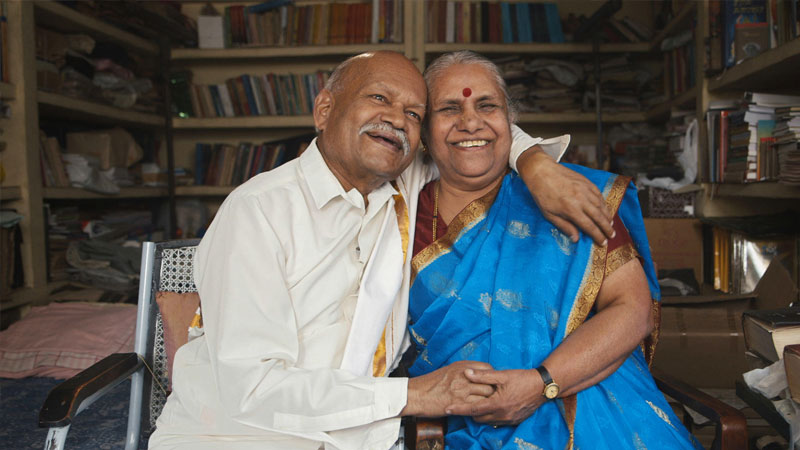 by Bill Chambers Basically the interstitial interviews from When Harry Met Sally... writ large and given an international twist, The Night of All Nights sees four elderly couples reminiscing on their marriage--though as the film opens Americans Bill Novak and Norman MacArthur, who've been together since 1962, are only finally getting to tie the knot. Germans Hildegard and Heinz-Siegfried Rotthäuser are probably the most sitcom-perfect subjects, as they gently squabble about the number of shoes she owns and other domestic issues. Japan's Shigeko and Isao Sugihara might argue more if Isao weren't so hard of hearing that Shigeko saves her breath now. By all appearances, Kamala and Nagarajayya Hampana, from India, are the most content--and horniest--couple; Kamala defied centuries of tradition by marrying below his caste and seems like he'd happily do it all over again. (There's a lovely moment where Nagarajayya starts to cry and Kamala swoops in with the fringes of his scarf to dry her tears.) Isao's near-muteness unfortunately makes the Sugiharas' story a fairly lopsided and vaguely unpleasant one, as Shigeko's disappointed memories of their arranged marriage--of all the men to choose from, she got the runt of the litter--become the dominant perspective on it. It's telling that the cloying claymation interludes, which caricature the couples and labour too obviously to give this geriatric picture some dynamic motion, change in tone for the Sugiharas, depicting them sitting down to eat at a table that keeps growing longer between them. (Isao passes away in a post-script and I really wanted co-directors Yasemin Şamdereli and Nesrin Şamdereli to go back and visit with his widow.) While I can't fault a prismatic look at the institution of marriage for not being all roses and sunshine, I confess that the larger point of The Night of All Nights, particularly its multicultural juxtapositions, evades me, and the film is sort of formally shapeless, getting all of its structural integrity from the build-up to Bill and Norman's nuptials. Long-time marrieds or starry-eyed newlyweds may have better luck with it than this inveterate bachelor, finding it relatable or perhaps even aspirational. That said, I was not unmoved. 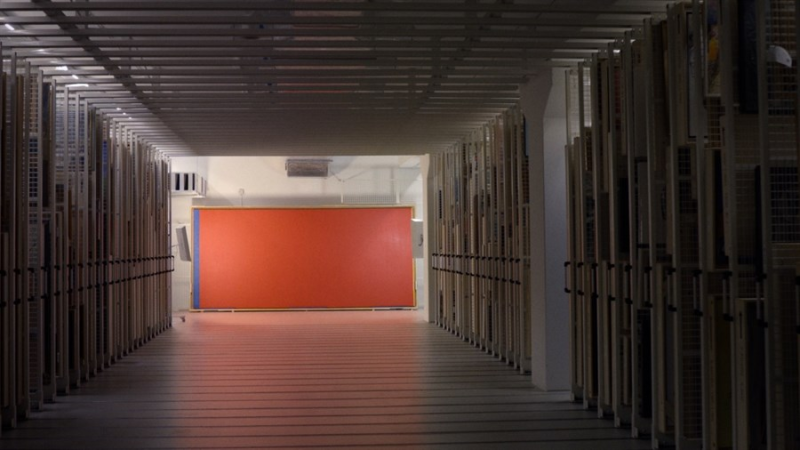 by Angelo Muredda Barnett Newman's divisive abstract painting "Who's Afraid of Red, Yellow and Blue III" becomes both a forensic site and a compelling structural absence in Dutch conceptual artist Barbara Visser's debut feature The End of Fear. What might have been an annoyingly palatable art doc about Gerard Jan van Bladeren's vandalism of the painting in 1986 (van Bladeren was so outraged by the work's abrasive shock of red, dramatic asymmetry, and obstinate refusal of representationalism that he decided he had to slash it) and subsequent failed restoration becomes something more slippery and interesting care of Visser's puckishness as not only a filmmaker but also a presence on screen, where we see her coolly hiring a hungry grad student to create a close reproduction of her own, apparently in the filmmaker's name. Though the project suffers at times from the preciousness of its noncommittal form--spanning everything from the expected talking heads lecturing about the painting's mixed critical reception and tabloid history to process-based interludes of Visser's hired gun hard at work, to abstract top-down tableaux of unnamed, black-clad gallery workers mapping out the painting's history on the jet-black floor with masking tape and archival photos--for the most part its free-roaming approach to questions of valuation, ownership, and work in contemporary art feels playful in the right way, opening up a number of avenues for discussion out of what feels like genuine curiosity. 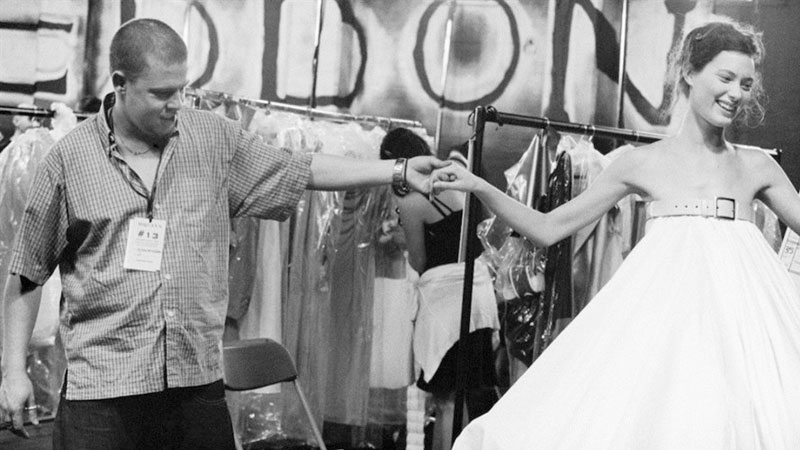 by Angelo Muredda Ian Bonhôte and Peter Ettedgui's McQueen opens, as any look at Alexander McQueen, the queer, working-class, Stratford-raised ruffian turned couturier might well be expected to, with an aesthetic contradiction. The opening credit sequence, which unfolds as a series of smooth pans and tilts across extreme close-ups of baroque, CG-kissed headgear and flower-enmeshed skulls, soon gives way to ratty old videotape of the designer in his pre-Givenchy days, punning on "haute couture" and looking more like a hired hand than like one of the most influential designers of the late twentieth century. The contrast arguably makes for an easy rhetorical move and a reductive treatment of a mercurial man. But in McQueen's case, the clichéd approach to the departed artist as a divided self--a schlubby guy who made impossible clothes for people who might never have been in his orbit in another life--feels appropriate and true, and marks a fair introduction to the equal attention the filmmakers pay to Lee, the unassuming and devoted family member, friend, learner, and tailor, and McQueen, the image-maker who channelled his own dark history and mental-health struggles into his creations. 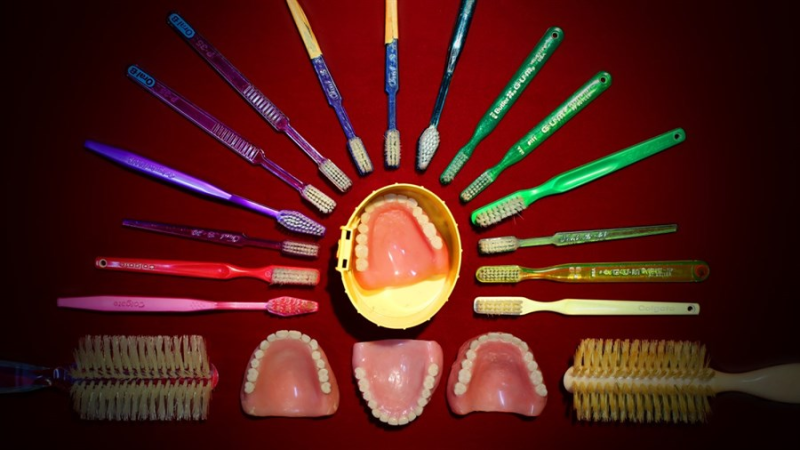 by Angelo Muredda Grief becomes an occasion for pontificating about the nature of memory and archives in 306 Hollywood, Elan and Jonathan Bogarín's surprisingly aloof portrait of their charming grandmother's trash palace of a home in the months and years after her death. Following an academic talking head's advice that "Physical evidence helps to preserve a memory"--and a less convincing authority's insistence that a dead person's soul lingers in their newly-vacated home for about eleven months after their death--the filmmakers take it upon themselves to turn their grandmother's house inside-out, the better to immortalize her through the spectral traces they log on camera. The Bogaríns, who appear onscreen in both archival and present-day footage and who take turns narrating the more essayistic stretches of the film, insist upon framing their project as a work of archaeology, library science, and grief work at various points. Too often, though, the result feels like a pair of talented visual and film artists' distant elevator pitch for a feature, a portfolio of their respective aesthetic inclinations and intellectual influences rather than a cohesive text with something pressing to say about loss and detritus. 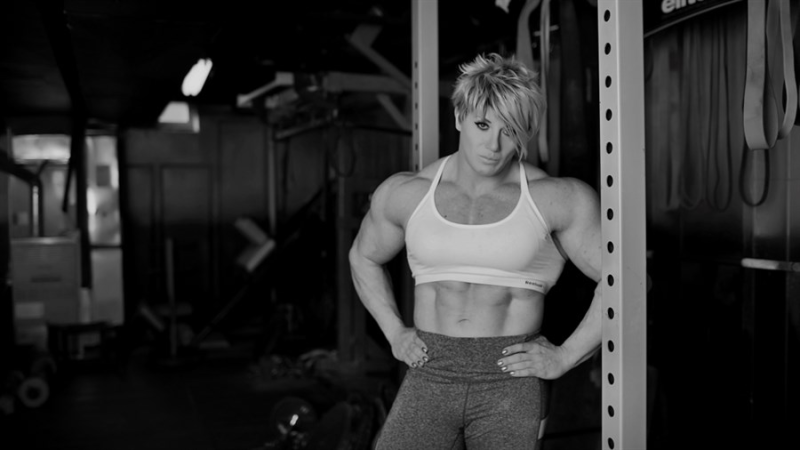 by Angelo Muredda Bodybuilder and ex-marine Janae Marie Kroczaleski's negotiation of the gender-fraught world of weightlifting after coming out as trans is given a refreshingly straightforward, fly-on-the-wall treatment in Michael Del Monte's Transformer. The story of a world-championship-winning power builder, affectionately nicknamed "Kroc," taking some critical early steps in presenting herself socially and professionally as a woman after a long and successful career in two of the most masculinist professions possible reads on paper like the stuff of an exploitative human-interest story. But Del Monte resists the temptation to amp up the inherent drama of a perfectly well-adjusted and engaging person's life, or to linger, as other woke cis appropriators of trans stories have done, on the metaphorical dimensions of his subject's transformation by fixating on either her past or the moment of transition. Instead, he recruits Janae as a collaborator in her story in the present, allowing her frank voice and the particular issues she faces today--about whether to maintain or tweak her muscular frame through clothes and exercise regimes, for instance, or whether to undergo vocal-cord surgery--to steer him in more fruitful directions. 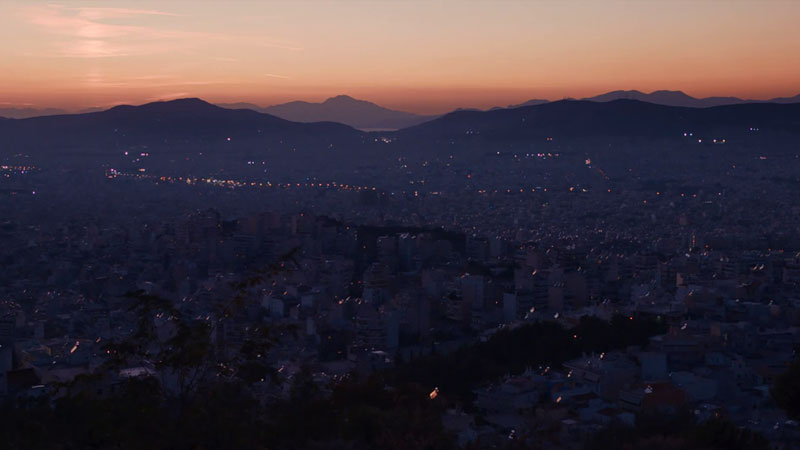 by Bill Chambers The eponymous Golden Dawn girls are three women connected by marriage or blood to Greece's relatively new but steadily growing Golden Dawn party. They've taken centre stage in the absence of the party's male superintendents, who are all incarcerated. (As Norwegian director Håvard Bustnes says at the outset: More on that later.) The Golden Dawn party evolved from a far-right newspaper into a fascist movement, though its affiliates rabidly resist the Nazi stigma. Nazis, they say, were German--this is Greece. Nazis were National Socialists, Golden Dawn-ers are Social Nationalists. My favourite defense comes from Dafni, mother of jailed member Panagiotis Iliopoulos, who insists that her son couldn't be a Nazi because he was born after WWII. In footage from a TV interview, Golden Dawn spokesman Ilias Kasidiaris claims complete ignorance of this "Hitler" fellow when questioned about his "Sieg Heil" tattoo--"hail victory" simply seemed like a good message to spread via his arm. Asked why he had it written in German instead of Greek, then, he says the German font was an aesthetic preference. They have an answer for everything--never a good one, but typically one so literal-minded it shuts down discourse. Bustnes valiantly tries, over and over, to get them to budge, to confront their reflection--the image they present to the world. 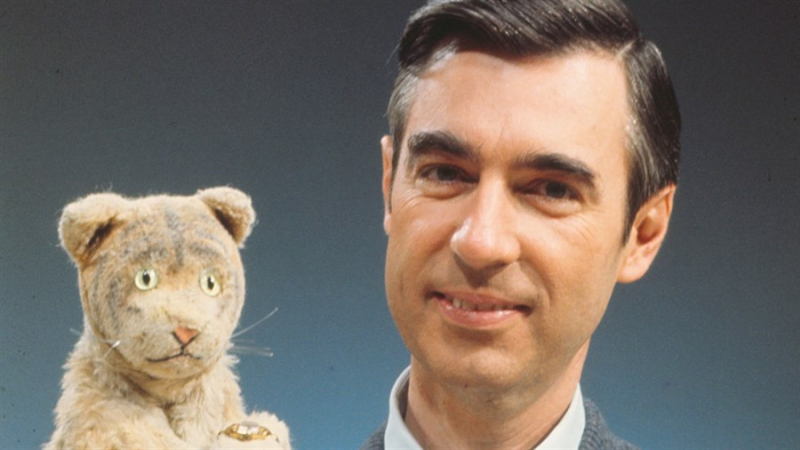 by Angelo Muredda It says a lot about the ideological thinness of the Resistance™ against the current American administration that the basic dignity of a lifelong conservative-values Republican gets elevated to the most rarefied heights in Morgan Neville's Won't You Be My Neighbor?. Though nominally a celebration of the life and storied career of children's broadcaster Fred Rogers, anchored in present-day talking-head interviews with collaborators and friends that threaten at times to bludgeon the delicate and achingly sincere archival footage of Rogers's show "Mr. Rogers' Neighborhood", Neville's film has a bit more teeth as a manifesto for how children's educational programming that resists the trends of busyness, noise, and violence can function as a form of public service, instilling values like neighbourly stewardship and mutual respect.