by Walter Chaw A promising and at times exceptional hyphenate debut, Pollyanna McIntosh's Darlin' continues the saga of Jack Ketchum's feral, cannibalistic Family with this sequel to Lucky McKee's inexplicably controversial The Woman. A few years after her escape from a family of Evangelicals, The Woman (McIntosh) drops off feral child Darlin' (Lauryn Canny) at a Catholic hospital, where Darlin' falls under the kind ministrations of Nurse Tony (Cooper Andrews). It's an interesting conceit that this wild thing, having seen the dangers of living without health care, should leave her charge at an institution peopled by the same society that had previously tried to "civilize" her through imprisonment and rape. Viewers familiar with The Woman will place that Darlin' is the child abducted/freed by The Woman at the end of that film--raised now to be a knowing, hilarious miniature doppelgänger of her guardian. At one point, McIntosh frames the two of them as they stand together surveying the wilderness, their enormous hair making them look like two pine trees in silhouette. It's one of several moments in the film where McIntosh's sense of humour gets free reign. A later scene set in a car as Nurse Tony tries to drive The Woman a few miles is the hardest I've laughed in any movie this year. (See, she's never been in a car.)

by Walter Chaw The variety of oldsploitation entertained briefly by Steven Spielberg in the 1980s, Shelagh McLeod's Astronaut saves itself from terminal sap by allowing its hero, retired widower Angus (Richard Dreyfuss), a modicum of agency before the end. In that pursuit, the film becomes something like a rebuke of "Google expertise," a defense of experiential knowledge and Boomers, who have, let's face it, fallen a few dozen notches on the Q-meter of late. It seems billionaire Marcus (Colm Feore) has set up a lottery wherein one lucky, publicly voted-upon winner will get a chance to go into space on the first commercial vehicle making the trip. Angus is a couple of decades past the cut-off age and in nowhere near the physical shape to do it, but he enters anyway because it's always been a dream of his. His life on Earth has taken a turn of late: Long-suffering daughter Molly (Krista Bridges) has put him away in a home, while son-in-law Jim (Lyriq Bent) has secretly lost his job doing some shady stuff at the bank where he works. You could say there's something in here about the corruption of the banking industry, the difficulties of the working class, and the problem of Boomers threatening to become a sudden burden all at once on our palliative/hospice care system, too. There's also a rescued-donkey farm for some reason. Maybe it's a metaphor. Maybe it's nothing.

by Bill Chambers After ushering in contemporary J-horror with Ringu, the first feature-film adaptation of Koji Suzuki's novel Ring, Hideo Nakata directed Ring 2, which was made in response to the poor reception of Rasen, a sequel based on Suzuki's own. Ring 2 doubled the original's grosses, and Nakata tried his luck in Hollywood. But with a stated desire to avoid horror (he didn't want to repeat himself), he couldn't get a bite from the studios (which only want people to repeat themselves)--until fate conspired to put him at the helm of the sequel to Ringu's own American remake, The Ring Two. Nakata nearly quit over the producers constantly foisting rewrites on him, which did not result in a particularly coherent or cohesive film, and the eminence he brought to the project was ultimately used against him by critics. He returned to Japan, where he's bounced around in the years since between film and television, documentaries and shorts, gradually coming to accept his darker creative impulses and the public's appetite for chills. The work, sadly, has suffered from a budgetary standpoint thanks to the Japanese film industry becoming collateral damage in the Lehman Brothers bankruptcy, and though the Ring series has persevered through these lean 2010s, it was reduced to schlock (a couple of 3D movies and a Ju-on crossover, Sadako vs. Kayako), dropping all pretense of being anything but a showcase for its black-haired, pint-sized Freddy Krueger in the bargain. For the newest entry, the approach was back-to-basics: Nakata again directs, Suzuki again wrote the source material, and the simplified title, Sadako, unburdens the picture of franchise baggage à la Rambo and Jason Bourne. Bona fides though these may be, what they aren't is a hook; say what you will about the asininity of pitting Sadako against Kayako--at least it's a foundation on which to build a movie.

Fantasia Festival '19: The Art of Self-Defense

by Walter Chaw Riley Stearns's The Art of Self-Defense is the easier-to-digest version of a Yorgos Lanthimos film, but only star Jesse Eisenberg knows it. He's in The Lobster; everyone else is in an ironic-slopping-over-into-arch indie exercise that presents toxic masculinity and rape culture as something with a potentially upbeat outcome. It's a fairy tale, in other words--the kind sanitized for your protection, although the occasional flashes of ultra-violence suggest that it was something darker in an earlier conception. What remains is a sometimes mordantly funny social satire that loses first its steam in its middle section (when a post-workout massage doesn't pull the trigger it should have pulled), then its nerve with a resolution that actually feels pandering and weak-willed. The picture wants very much to console, yet there's no consolation. I guess the real lesson learned is that the temperature of the room isn't real interested in hearing how everything's going to be all right. The key moment left hanging is a confrontation in a parking lot with a random dude who slaps a bag of groceries out of our hero's hands. It's aggression from nothing, humiliating for a character we've come to like, and evocative of a greater world outside where it's already too late: The monkeys run the monkey house, and they're rabid and hungry. Manufacturing a happy ending from this mess is insulting. 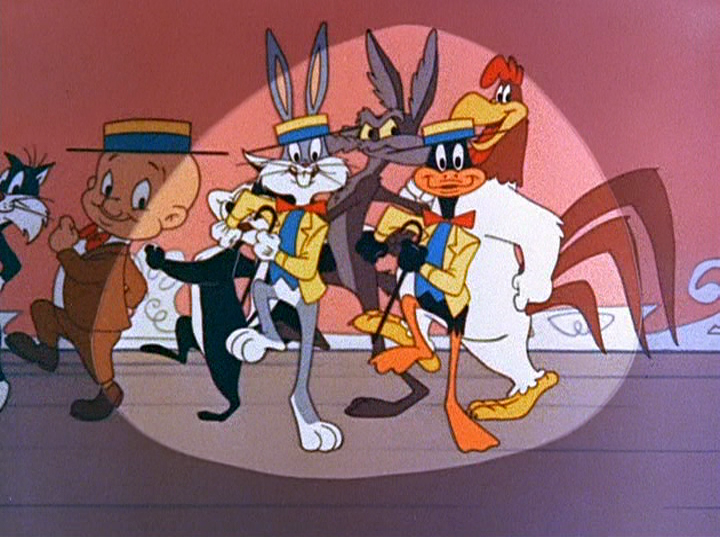