Sundance '20: Leap of Faith: William Friedkin on 'The Exorcist'

by Walter Chaw There's a moment in Leap of Faith: William Friedkin on 'The Exorcist' (hereafter Leap of Faith), the latest feature from cinephile documentarian Alexandre O. Philippe (78/52), where Friedkin talks about a shot he framed so that Max Von Sydow is in the foreground of the Tomb of Nebuchadnezzar. It's followed fast by Friedkin talking about how he didn't intend anything in The Exorcist. In other words, he says he didn't impose meaning and then immediately offers exceptions. He brings up instinctual filmmaking after speaking to how carefully he developed the script to be a series of slow revelations and portents. Friedkin is, in short, a mass of contradictions. But rather than look on it as disingenuousness or confusion, I sense that he doesn't really know why The Exorcist works the way it does, but it got under his skin and into his bed in the same way it has for audiences these past 47 years. We do our best to dance about architecture, but in the end, architecture can only be enhanced by the dance, not defined by it. 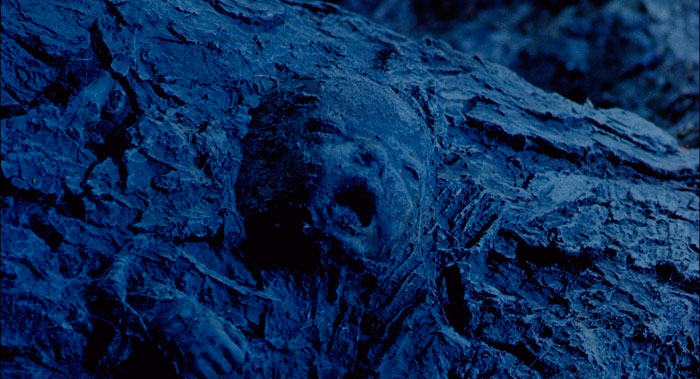 *½/**** Image B Sound B+ Extras B
starring Jenny Seagrove, Dwier Brown, Carey Lowell, Brad Hall
screenplay by Stephen Volk and Dan Greenburg and William Friedkin, based on the novel The Nanny by Greenburg
directed by William Friedkin

by Bryant Frazer The Guardian, made in 1990 as an apparent attempt to cash in on director William Friedkin's reputation as the man behind The Exorcist, is one of those terrible movies by a powerful director working at the low ebb of his career. The wildest thing about The Exorcist--one of the greatest horror movies--is that despite its defining influence on his career, Friedkin has never shown much interest in horror. (That's one of the things that makes The Exorcist work so well: Despite the requisite special-effects outlay required to depict demonic possession, on one level The Exorcist is just the story of a problem and the professionals who are dispatched to address it; on another level, it's a family drama about a single parent dealing with adolescent rebellion.) So while it's understandable that either Friedkin or the studio bankrolling The Guardian would see commercial potential in a return to genre filmmaking, any attempt at out-and-out horror was probably ill-fated from the start. That the story being attempted (loosely adapted from a novel by Dan Greenburg) was so very woolly--the supernatural villain the title references is a sexy, polymorphous druid who takes jobs as a live-in nanny to steal babies from their parents--would have been an advantage in, say, a potboiler out of Charles Band's Empire Pictures. In the hands of a no-nonsense craftsman like Friedkin, alas, it was a blueprint for disaster. 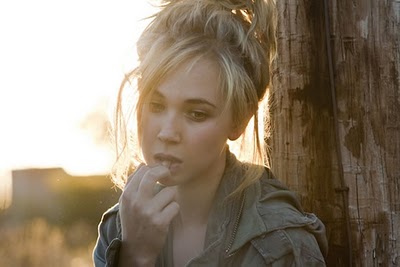 by Walter Chaw The most visible of a spate of evil-children movies littering the cinescape in the late-Sixties and early-Seventies (remembering that even Night of the Living Dead had a baby eating her mother), William Friedkin's blockbuster The Exorcist raked in the cash even as it offered up the goods--in spades. Its "happy" ending is filthy with melancholy and menace, suggesting that whatever's been exorcised from little Regan MacNeil (Linda Blair) is actually free now (an idea itself exorcised by the extended version's ending)--that the solution presented in the book of Luke is as empty as its herd of pigs driven into the sea. For The Exorcist to make the money it did says a lot about what was in the water in the American '70s: partly the mainstream audience's desire to feel shitty when a movie was over that didn't reappear until The Dark Knight made a billion dollars, but mostly this idea, gaining currency in the cinema of the time (and again in ours), that individuals, confronted with a crossroads, are entirely incapable of affecting meaningful change. It's why author William Peter Blatty's choice of original ending--spliced onto the end of the 2000 re-release--is so cognitively dissonant. There's hope in The Exorcist, and it has nothing to do with the almost jovial reassurance that there's a better place after we die. Concluding this deeply spiritual film with a Christian platitude is, frankly, moronic, although the temptation to offer up succour is at least part of the picture's allure.

by Walter Chaw Hot on the heels of Bruce Willis's bwana wish-fulfillment fantasy Tears of the Sun comes William Friedkin's The Hunted, a film that introduces its titular fugitive in a flashback to Kosovo at the height of the Albanian genocide. The parsing of historical atrocity functioning as shorthand for backstory to what is essentially a pretentious action movie is distasteful, the insertion into that history of elite American soldiers righting wrongs un-righted to this day a kind of unspeakable arrogance late unique of Yankee cloth. That being said, The Hunted is a cheerfully ridiculous movie that manages over the course of its running time to entertain with a series of action set-pieces that recall Friedkin's work in The French Connection. Though riddled with plot impossibilities and stunning coincidences, the picture, courtesy, perhaps, of Caleb Deschanel's magnificent cinematography, reminds of the nearness of nature and violence of John Boorman's Deliverance; of the kineticism of Doug Liman's The Bourne Identity; and of the premise and execution of a little-read Rex Miller novel called S.L.O.B.. If it also reminds of the creaky Abraham/Oedipus by way of Robert Bly wilderness dynamic of Mamet's appalling The Edge, so be it: the fun parts outweigh the infuriating ones.

by Bill Chambers In an absurd bit of pop irony, director William Friedkin's biggest smash post-The Exorcist is...The Exorcist. His 1973 horror masterpiece just returned theatres as you've never seen it before--meaning it has been radically altered to fit the George Lucas model of re-release. Starting from scratch today, I doubt Friedkin could have made something half as trenchant as even this tailored-to-the-Nineties version of The Exorcist; for all its unnecessary underscore and pandering CGI, the film retains a purity of emotion he's rarely pursued--or hit upon--since. With Rules of Engagement, which bows on DVD this month, Friedkin seems jazzed by a good cast and implosive subject matter, but at the end of the day I'd be hard-pressed to call it anything but hollow.