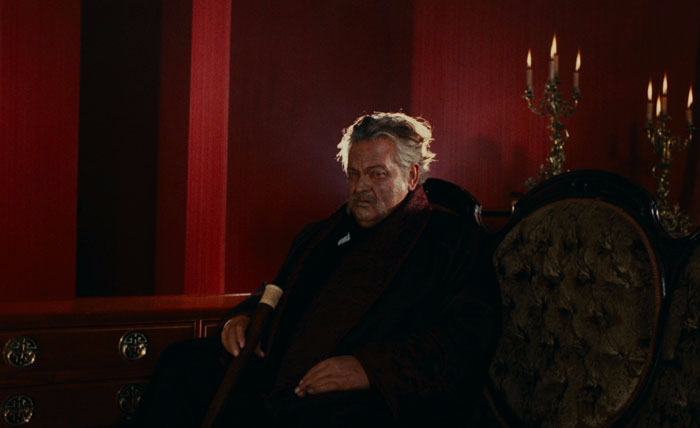 by Bryant Frazer It's one of those salutary coincidences of movie history that the final narrative film completed by Orson Welles would turn out to be this rumination on an old man's obsession with storytelling. It's not that Welles was exactly elderly at the time (he was 51 when he made it), but there's a matter-of-fact finality to the work that becomes just a touch spooky in retrospect. Commissioned by the French national television agency as a Jeanne Moreau vehicle to commemorate the transition to colour television, The Immortal Story required that Welles work in colour for the first time, catalyzing a fairly dramatic evolution of his style. But it gave him the opportunity to adapt a short story by Karen Blixen (a.k.a. Isak Dinesen), one of his favourite writers, and to work again with Moreau, one of his favourite actors. Less than an hour long, it has remained an obscure film for a variety of reasons, but it's intermittently remarkable despite its modesty. 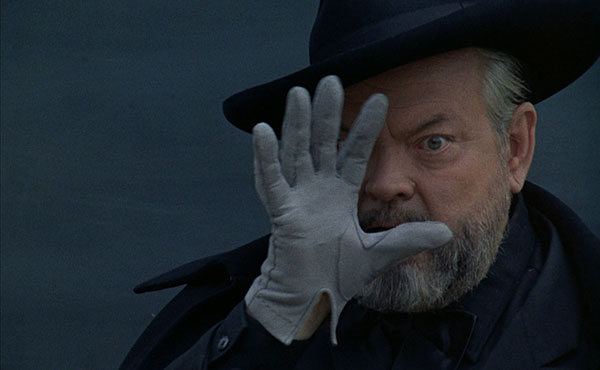 by Bryant Frazer In 1971, Pauline Kael did her best to kill Orson Welles. In "Raising Kane," an essay originally published in THE NEW YORKER and later used as a lengthy introduction to the published screenplay, she argued that Welles had unfairly taken authorial credit for a film whose real creative force was Welles's credited co-screenwriter, Herman J. Mankiewicz. Kael's piece was persuasive but hardly comprehensive, cherry-picking evidence in an effort to make a liar of Welles. (In his definitive 1978 book The Making of Citizen Kane, Robert Carringer described Kael's charge that Welles did not contribute to the script as "a flagrant misrepresentation," although he did allow that Welles may have hoped not to credit Mankiewicz.) Making the case against Kane was an opportunity for Kael to escalate her ongoing crusade against the auteur theory; it doesn't seem that she held any personal grudge against Welles, especially given her loving notice for his Chimes at Midnight, made just a few years earlier. But for the aging Welles, by that time a subject of mockery in Hollywood who struggled to finance even the most bargain-basement film projects, the apparently unprovoked attack must have stung. F for Fake is his elegant response: a good-natured but deeply-felt riposte, executed with his considerable showmanship and meant to humble artist and critic alike.

by Alex Jackson Particularly in light of its 50th Anniversary DVD reissue, which gathers together all three extant versions of the film, I find myself grouping writer-director Orson Welles's Touch of Evil with multiple-incarnated masterworks like Blade Runner, Apocalypse Now, and, to a lesser extent, Dawn of the Dead and Brazil. Moreover, I don't quite see it as a 1950s noir thriller from Universal, or even really as an Orson Welles picture--rather, I look at Touch of Evil as a canonical part of every young (male?) cinephile's indoctrination. It occurs to me that you should be able to buy one-sheets for it at your local record store. So I was mildly surprised to hear Jonathan Rosenbaum admit in his audio commentary that he disliked the picture when he saw it as a teenager. He explains that he tied it too closely into the film noir genre and found it an unpleasant specimen. David Edelstein, in his theatrical review of the 1998 restoration, writes that he initially regarded it as one of the worst movies ever made. The picture neatly conformed to his preconceptions of what bad movies are like.