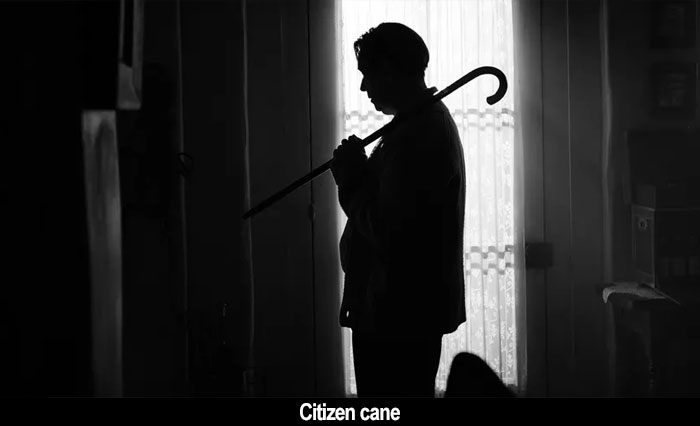 by Walter Chaw I thought a lot, as I am wont to do from time to time, of the 1996 adult film Shock: Latex 2--directed by an interesting artist working in a devalued genre, Michael Ninn--while watching David Fincher's new film, Mank, based on the life of Hollywood Golden Age screenwriter Herman Mankiewicz. Both films are fetish items, anchored to a specific time and aesthetic, and both deal with eroticized figments of active, sometimes onanistic, imaginations. They even use the same techniques to imitate mediums, the better to replicate sensations attached to genres, cults of personalities, periods of time. The former, the literal porno, has transitional scenes involving a Marilyn Monroe lookalike who serves as a sort of phantasmagoric guide loosely tying together a series of otherwise largely-disconnected vignettes. (Clive Barker uses this rampantly eroticized icon to similar effect in his short story "Son of Celluloid.") Fincher, meanwhile, uses screenplay-text chyrons to announce sequences involving an entire cast of cunning simulacrums of objects of that same fetishistic--at least for the cinephile--significance. by Walter Chaw The only question David Fincher's movies try to answer is whether it's possible to do everything well (better than well, really--I mean better than anyone has ever done anything before) and still produce what is essentially a piece of shit. He's the king of garbage cinema, David Lean doing Jackie Collins for some damn reason. Sometimes he does misanthropic stuff that's transcendent (Se7en, The Social Network, The Girl with the Dragon Tattoo), and sometimes he does misanthropic stuff like Gone Girl. Don't get me wrong: for what it is, Gone Girl is a masterpiece, but its source, Gillian Flynn's ridiculously-popular potboiler, is so trashy that at some point one can't help but wonder if Fincher isn't testing himself with the weakest possible material. After tackling this and Stieg Larsson, I suspect he was in the running for, and disappointed not to get his hands on, Fifty Shades of Grey; how about this one with Fabio on the cover, Mr. Fincher? There seems no low to which Fincher wouldn't descend, and here goes your deeply, comically misanthropic proof.

by Walter Chaw SPOILER WARNING IN EFFECT. My on-again/off-again love affair with David Fincher began with a PREMIERE article I read about how much of an asshole he was on the set of Alien3, dumping a few-hundred baby crickets on a pretty surprised, pretty pissed, pretty skivvies-clad Sigourney Weaver. But I didn't really prick up my ears until his urban/ecclesiastical serial killer masterpiece Se7en revealed to me a key to unlocking the Coens' Barton Fink--being, as they were, thematic doppelgängers. Soaked in wet and Hemingway, Fincher declares the world a scam and appoints himself the snake-oil barker shilling from the proscenium on the wagon; Barton Fink, also stained sepia brown, also ostensibly engaged in the pursuit of a serial killer and the excoriation of deadly sins, is the spirit to Se7en's flesh. Even as he flounders at the heartbeat, Fincher finds the headlong of his carnal lather again in his adaptation of Chuck Palahniuk's Fight Club, establishing his mission statement as subterranean explorations of masculine aggression and explaining to me my tendency to confuse Fincher's films with those of Michael Mann. Focusing on the testosterone in Fincher's pictures offers partial explanation of the movies in his oeuvre that don't work (and, within those failures, the parts that do). Too, it's explanation of why it is that Fight Club's ending is so jarringly unsatisfying--"You met me at kind of a strange time in my life" the nancy punchline to two-plus hours of quintessential asshole cinema. 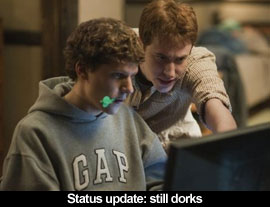 by Walter Chaw The best film of its kind since All the President's Men, David Fincher's Zodiac is another very fine telephone procedural drawn from another landmark bit of investigative journalism--though more fascinatingly, it's another time capsule of a very specific era, flash-frozen and suspended in Fincher's trademark amber. Still, by the very nature of its subject matter, Zodiac deals in millennial anxieties: the un-'catchable' foe; the unknowable cipher; the futility of the best efforts of good and smart men; and the disintegration of the nuclear family smashed to pudding in a diving bell collapsed under the pressure of the sinking outside. The film is as remarkable as it is because it's about something as simple and enchanted as the human animal--not just bedraggled San Francisco detective Toschi (Mark Ruffalo), but also Zodiac's two female victims and, in a strange echo, two almost-invisible wives: Toschi's (June Raphael) and that of newspaper cartoonist Robert Graysmith (Jake Gyllenhaal). Easy to say that actresses Raphael and Chloë Sevigny are wasted by being given nary anything to work with outside a terrified moment and a single speech, respectively; better to say that they assume the only function they can in a picture revolving around male cooperation and survival in a world that has reduced itself to the barbarous niceties of macho religions and arcane rituals. No accident that the Zodiac Killer's partiality to a medieval code is central to a key revelation. 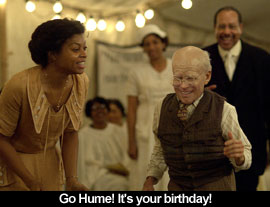 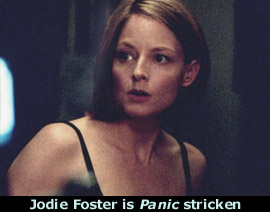