by Angelo Muredda If you took Twitter's word for it after the gala premiere of Claire Denis's High Life, which was apparently conceived in an off-the-cuff conversation with Vincent Gallo about life at the end of the world and briefly tinkered-with in the earliest days of its inception by Zadie Smith, you'd think the singular French filmmaker abandoned all her instincts to make an edgy sci-fi sex farce with the dildo chair from Burn After Reading. What a relief, then, to discover that High Life is indeed a Claire Denis film. A step removed from the spoiler-saturated breathlessness of the first hot takes, one finds something every bit as rattled and mournful a late work as Paul Schrader's First Reformed, and, like Trouble Every Day, no less structurally elusive or visceral than the rest of her oeuvre for being a work of genre. 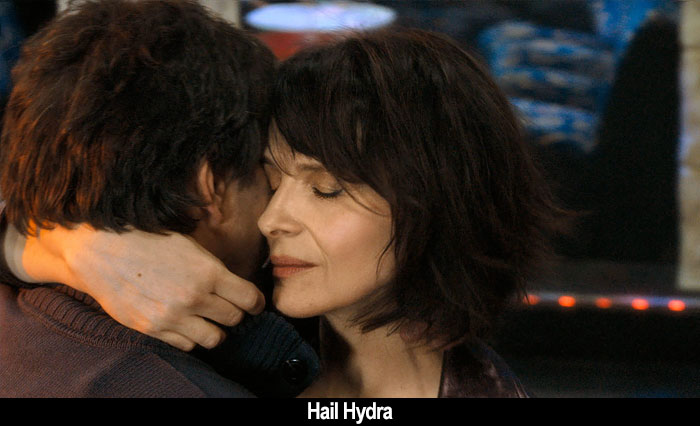 by Angelo Muredda Improbable as it might seem for a filmmaker who once wrestled with philosopher Jean-Luc Nancy's elliptical and uncanny autobiographical essay on his heart transplant, Claire Denis sets her sights on the ostensibly lower-hanging fruit of the romantic comedy in Let the Sunshine In. This play with formal conventions has some precedent, to be sure, in the near-magical coincidences of Vendredi soir and the table-setting musical centrepiece that drives the final act of 35 Shots of Rum. As with L'Intrus, the film also stands as an idiosyncratic adaptation of a French philosopher's non-narrative work--this time Roland Barthes's A Lover's Discourse: Fragments, whose musings on how lovers talk to each other aren't loaded in the characters' mouths here so much as they are allowed to steep into the ambience like a strong tea. If the genre of happy endings and restored cosmic imbalances seems on paper to be an odd fit for Denis's predilections for delicate wordless gestures, in practice, Let the Sunshine In is nevertheless as singular as Denis's ostensibly less categorizable work: a mercurial and rather lovely portrait of a lonely woman's attempt to replenish herself and secure her future without closing any doors, which is ultimately as open to possibility as its heroine. 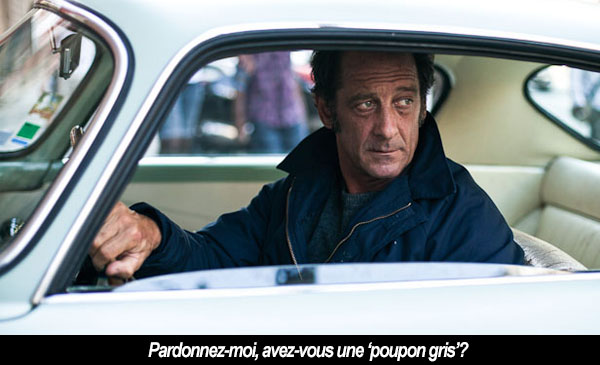 by Angelo Muredda A Claire Denis film through and through, Bastards is nevertheless a brilliant departure for one of the most distinctive artists in world cinema--an indignant revenge thriller with, of all things, a straightforward plot. Of course, the plot is scrambled, doled out in the runic fragments that have become Denis's stock-in-trade. We open, for instance, in the rain, as a throbbing Tindersticks track underscores a series of beautiful but inscrutable nocturnal images: glimpses of a man forlornly staring out his window, languorous tracking shots of a nude young woman in heels roaming through a deserted street, and finally a tableau of a dead man's body splayed out beneath a fire escape, surrounded by paramedics in the background as a woman, probably his wife, is draped in a tinfoil blanket in the fore. Although films like L'Intrus have primed us to accept such shards as part of an impressionistic array of visual information, adding up to a textured view of nighttime Paris as a hopelessly lonely place, in Bastards the pieces fit together in a precise way we're simply not allowed to know until we've arrived through the movie's own idiosyncratic channel, and at its own deliberate pace. That makes it one of the most elegantly constructed of Denis's eleven features--a grim noir story broken into its component parts, then reassembled into a haunted funhouse image of itself.

originally published September 15, 2009
Too long for Twitter, too brief for the capsule page, some quick takes on films screened at this year's TIFF: 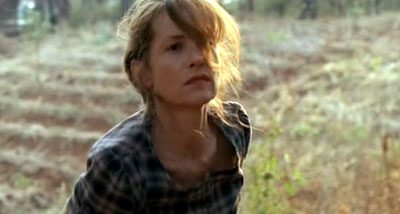 White Material (d. Claire Denis)
This is Claire Denis' very own Gone with the Wind, and she seems to denote it as epic by shooting it in 2.35:1 widescreen. Headstrong Maria (Isabelle Huppert) struggles to keep the Vial coffee plantation operating in the midst of an African civil war despite accumulating exit cues. Her entire workforce heeds the evacuation call she chooses to ignore. She finds a severed animal's head among the beans. Her son (Nicolas Duvauchelle) goes mad after a brush with the rebels. Highly sought-after resistance fighter The Boxer (Isaach de Bankole) takes up residence in the Vials' shed far too conspicuously. And still she remains undeterred. One of Denis' most fascinating protagonists, Maria is an interloper everywhere she turns: a white woman in Cameroon, a divorcée living on the estate of her ex-husband (Christopher Lambert), the boss of a plantation she has no formal stake in; Denis subverts the paternalism of shit like I Dreamed of Africa, as you'd expect from the director of Beau Travail and Chocolat. But I have to admit, for all its indisputable richness of theme and craft, I found it a little tedious and just didn't connect with it; Walter's final words for Public Enemies ("It doesn't mean a thing to me") rang unfairly in my ears. No matter: Denis already made one for me this year (the lovely 35 Shots of Rum), and I am content to have discovered that Lambert is aging into a far more interesting actor than he ever was in his youth. **½/4

by Walter Chaw Plaintive and sad, Claire Denis's remarkable Trouble Every Day is a rare combination of honesty, beauty, and maybe even genius. It isn't enough to say that the picture captures the barbarism festering at the core of gender dynamics, nor is it sufficient to express my frank amazement at how Denis subverts genre in ways perverse and powerful. Here's a canny director who knows the vocabulary of cinema as well as the cruel poetics of sexual anthropology; perhaps it's enough to say that Trouble Every Day captures something ineffably true about the sex act with images vital, frank, and unshakable.