by Bill Chambers Back in my early-twenties, there was one summer job I had where I found myself doodling animals saying inexplicable--and, needless to say, often repulsive--things. It started out as an effort to break the ice with my only co-worker (we spent most of our time locked in a makeshift editing bay together), then escalated into a constant test of her boundaries. I happened across some of these drawings recently, and they are resolutely unfunny: a bunny threatening to kill your mother with an axe, a frog telling a fart joke; in retrospect, I wonder why said co-worker eventually invited me to her wedding. Stockholm Syndrome's my best guess. Nevertheless, during the subterranean Looney Tune that is Everybody (animated; ds. Jessie Mott; 4 mins.; ½*/****), I began to feel grateful that there was no real public forum to display those cartoons back then, because all I'd really be doing is inviting some asshole on the Internet to dismiss it as adolescent shit. This is adolescent shit. Rendered in crude, impatient watercolours, various deer, bats, goats, etc. are anthropomorphized via cheaply cryptic remarks like "I'm too small in the necessary spaces," and "You paralyze me with disgust. You're spilling open like a gelatinous achin' belly." To which I reply, by way of Al Pacino in Heat, "Don't waste my motherfuckin' time!" 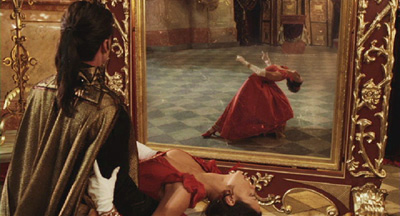 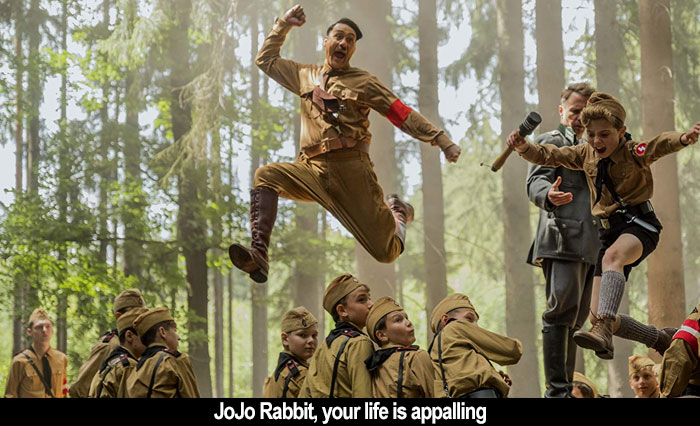 by Walter Chaw This is what I believe: I believe that men and women are essentially different and that those differences result in perspectives that are necessarily different. I don't consciously privilege one perspective over the other, but I acknowledge that I am not always aware of my prejudices. I think Wonder Woman would have been garbage if a man had directed it; and I think 20th Century Women, written and directed by a man, had beautiful roles for women. It's confusing and it can be exhausting, but at the end of the day, creating an equal opportunity for women and people of colour to tell stories (whether they're theirs or not) can only be good. So...

by Walter Chaw For a split second, the clouds part and I think I've kenned a glimmer of an idea in Andrzej Bartkowiak's video game adaptation Doom that doesn't involve homoerotic gun worship or ripping off everything from Aliens save its humanity. Semper Fi, gung ho, muscle-bound jarhead Sarge (Dwayne "The Rock" Johnson) takes it upon himself to order his own mini-Mai Lai because he's a stickler for details, and his stock marines balk to varying degrees of morality-inspired mutiny. Suddenly, and just for that split second, Doom of all things becomes Casualties of War (and, in fact, literalizes that film's tagline of "In war, innocence is the first casualty"), and although what's leading up to the moment isn't that great, I was ready to roll with this totally unexpected, thought-provoking tickle. Alas--it flees like hope so often does, leaving fifteen minutes of semi-gory first-person perspective to simulate the first-person perspective of the video game (marking this as the first--and probably last--time someone thought that ripping off Uwe Boll was a good idea), ending with the sort of mano-a-mano showdown between its warring alpha males that everyone's seen enough of by now.

by Walter Chaw Taking its name from a song sung during the course of the film, Oscar-winner (for 1996's Best Foreign Language Film Kolya) Jan Sverák's Dark Blue World is a historical melodrama set mostly in WWII-era Britain that's notable because its elaborate battle sequences appear to have been carried off without the aid of CGI. The film is lacklustre and puzzlingly-paced--apologists would call it leisurely, I call it lugubrious--and though the story at its core is indeed compelling and rich for exploration, Sverák's instinct towards sentimentality leads to one too many shots of sad-eyed dogs, exhausted under the weight of their status as beleaguered metaphors for loyalty and friendship. The picture could only have been salvaged by Dark Blue World focusing on the macrocosm of the plight of Czech pilots for which its tale of a doomed love triangle is the microcosm. As it is, Dark Blue World plays a good deal like Gregory Nava's brooding A Time of Destiny: they mutually explore the bonds of friendship forged under war and tested by the crucible of love. 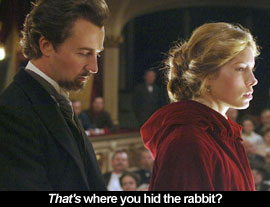 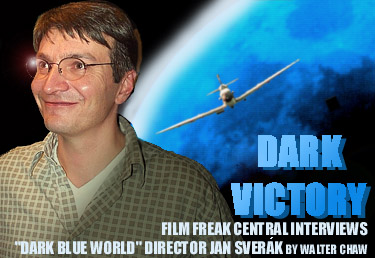 November 18, 2001|When the communists invaded Czechoslovakia in 1968, it spelled the end for the Czech New Wave that had been led by such directors as Milos Forman, Ivan Passer, Věra Chytilová, and Jiří Menzel. The "great harvest" of Czech cinema peaked with The Shop on Main Street (Obchod na korze: Ján Kádár and Elmar Klos) (1965) and Closely Watched Trains (Ostře sledované vlaky: Jiří Menzel) (1966), both of which received Oscars for Best Foreign Language Film. Forman was nominated in this period for Loves of a Blonde (Lásky jedné plavovlásky) (1966) and Firemen's Ball (Hoří, má panenko) (1968), and would later be honoured by the Academy for his English language films One Flew Over the Cuckoo's Nest and Amadeus. Ivan Passer's American-made Law and Disorder is one of the lost classics of the 1970s.

by Walter Chaw The curious mental state of German submariners in the waning days of the second World War is reflected in the general malaise of the United States in the weeks following September Eleventh and the hours preceding our unpopular pre-emptive strike against Iraq. Caught in the maddening doldrums between one act of unimaginable violence and its inevitable aftershocks, America's implacable disquiet is one part anticipation of the inevitable, multiple parts cynicism, and, for a large portion of the population, a dollop of distinct lack of faith in the motives and competency of our leadership. A closer examination of the similarities pithy but perhaps unfruitful, sufficed to say that revisiting Wolfgang Petersen's masterpiece Das Boot (in its Director's Cut form) at this suspended moment in time is not only rewarding as great cinema can be, but also current and amazingly poignant. 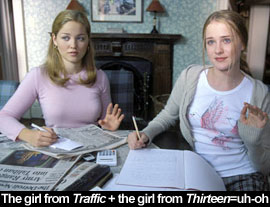 by Walter Chaw Packed to the gills with what ails Czech life, Jan Hrebejk's Up and Down (Horem pádem) is a roundelay of social dysfunction, encompassing in 108 frantic minutes what feels like everything that's gone wrong with the Republic in the last twenty years. Illegal immigration and the racism attendant to it, social groups morphing into organized hate groups, the disintegration of traditional bonds, organized crime, white slavery--all of it is tossed into a loud, anxious bundle and presented as a confused overview of the hell of modern life. Begin with a Muslim child accidentally abandoned by one of a truckload of smuggled aliens and continue into the story of poor simpleton Franta (Jiri Machacek) and his baby-crazy wife, Mila (Natasa Burger), who together channel the conflict of Raising Arizona. Then there's an old professor (Jan Tríska) trying to win a divorce from his long-estranged wife (Emilia Vasaryova) so that he can marry his long-time girlfriend (Igrid Timkova), and the whole thing climaxes with something like a wagged finger, with the professor's expat son (Petr Forman) bucking the reactionary provincialism of his homeland by revealing an aboriginal wife and a mulatto son.