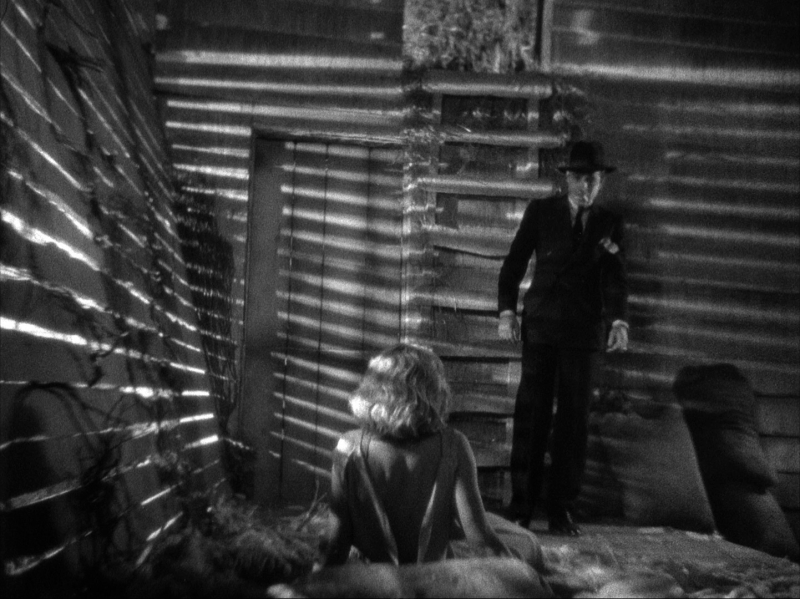 by Bryant Frazer In 1933, Paramount Pictures released The Story of Temple Drake, an unusually frank melodrama that depicted a brutal sexual assault and its aftermath, with special attention paid to the reputation of the well-liked party girl named in the title. Released during that brief, free-wheeling period before the industry began enforcing its production code to clamp down on screen sex and violence, The Story of Temple Drake took pains to show how a woman could fall prey to sexual predators through no real fault of her own. It also illustrated in detail her downward psychological spiral, fuelled, in large part, by a well-founded fear of the opprobrium of others. Just last week, in an interview recorded for THE NEW YORK TIMES during Harvey Weinstein's rape trial, reporter Megan Twohey asked the defense lawyer, Donna Rotunno, whether she had ever been sexually assaulted. "I have not," Rotunno answered, "because I would never put myself in that position." Twohey was stunned; the conversation suddenly took on a different tone. Rotunno's response is a textbook example of the ways that privilege blinds people to reality. It must be comforting to believe that you haven't been raped because you're just too darned smart to be raped, but it's also delusional, not to mention hugely condescending to legions of sexual-assault victims who never requested their trauma.

by Bill Chambers It's nice to see Robert Altman doing studio work again. After 1980's disastrously-received Popeye, the director steered clear of mainstream Hollywood entirely. Perhaps this is a chicken-egg scenario and it steered clear of him, but no matter: his return to a more formulaic brand of filmmaking showcases the director at his best and not-so. The Gingerbread Man is based on a dusty screenplay by John Grisham; curiously, for such an airport writer, several Important Filmmakers have adapted Grisham in the past (Sydney Pollack, Alan Pakula, and Francis Coppola), but nobody's done it with more personality than Altman.

by Ian Pugh SPOILER WARNING IN EFFECT. Although the term "cat-and-mouse" has already become synonymous with Gregory Hoblit's Fracture, it's something of a misnomer in that it implies a clever battle of wits. The film actually hinges on precisely two turnarounds of one-upsmanship between the designated cat and mouse: the revelation of the convoluted, coincidence-dependent plan to commit the perfect murder, and the fatal flaw in said plan (the "fracture," get it?) that eventually brings its perpetrator to justice--and as both are telegraphed far in advance, it's impossible to play along with the expectation for surprise. So inevitable are these conclusions, in fact, that I just gave up and accepted the ending, which sidesteps a first-glance case of double jeopardy with such vague dialogue, recited in such a bland tone of sotto voce, that I only got the basic gist of how we got from Point A to Point B. With Point B such a shrug-worthy certainty, I wasn't nearly confused enough to care besides.

by Walter Chaw Marked by strong performances, a liberal bias, and a few thriller conventions that work, Gary Fleder's slickefied Grisham flick Runaway Jury is slickefied Grisham flick all the same, and its cast is so huge as to threaten at every moment to be ponderous. Still, the good outweighs the bad, if only just--the picture finding a way to forget, in forgivable ways, dozens of admittedly inconsequential characters while delivering on the juicy promise of a showdown between its titans: Gene Hackman and Dustin Hoffman. (In a courthouse outhouse, no less.) At bottom and at the least, it's a lefty screed--this one against gun manufacturers--that isn't witheringly embarrassing (thinking of such miscalculated stroke jobs as The Contender, John Q, and The Life of David Gale)--and as an Austrian bodybuilder finds himself the governor of La La Land on no other merit than that he married royalty and was cunning enough to make a fortune from playing hunks of metal and pre-Christian barbarians, a left-leaning movie not similarly dimwitted and exasperating is cause for minor celebration.

by Walter Chaw By the end of the Fifties, the toll of about two decades of mainstream entertainment steadfast in its studied inoffensiveness catalyzed a movement in film and televison ("The Twilight Zone", one of the most politically-charged TV series in history, launched in 1959) that, fuelled by the twin prods of the death of Louis B. Mayer (the last of the studio moguls) and the discovery of Ed Gein's naughtiness in his wood shed (both in 1957), began to redefine what it meant to be "real." (One freed the artists, the other seemed to inspire them.) The new turks of the New Hollywood were Steve McQueen and Paul Newman, a real jerk and a screen jerk, respectively--self-serving, self-satisfied Old Glory jackanapes-next-door who embodied the theory of the antihero. And they put it in context of the blue-eyed, milk-fed, horse-kicked average Joe, the guy you wanted to be or wanted to bed, not just because they were dead sexy, but also because they were the future. You cast your lot in the Sixties with the rebels and didn't do a lot of apologizing for it. 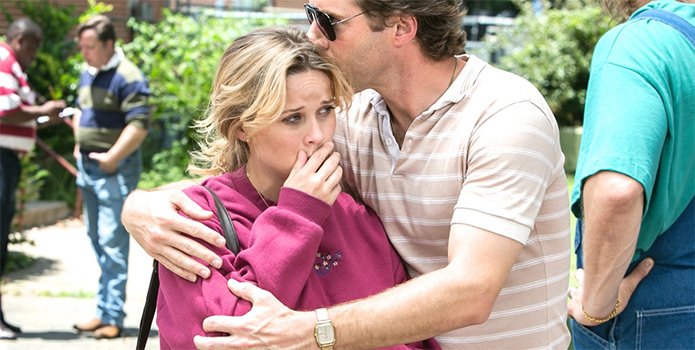 by Angelo Muredda Something is off in Devil's Knot, the third film about the West Memphis Three in as many years, and it isn't just the Satanic panic that turned a bereaved community against three wrongfully-accused teenagers. Although its Tennessee setting takes him far from his usual haunt of Toronto, this material seemed like a slam dunk for Atom Egoyan, who's done his best work in films about parents dwelling in the endless hangover of their children's premature deaths. It's a shame, then, that his new film feels like a wheel-spinning exercise rather than a deepening of old themes. Egoyan's approach to this tapped-out story hits the dramatic and formal beats you'd expect from his filmography: here we get a child's cryptic, disembodied voiceover about what he's seen; there, a videotaped testimony that conceals more than it discloses. Ambiguity is the name of the game, just like in The Sweet Hereafter, where everything turns on young Sarah Polley's poker face as she ushers the adults around her into the topsy-turvy world of the title. 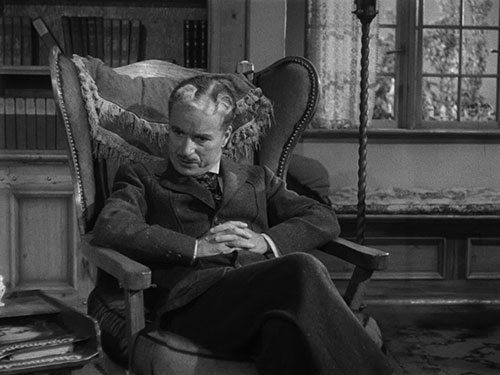 by Walter Chaw Joel Schumacher's The Client starts out like a sequel to Schumacher's own The Lost Boys, as two little boys (one of them Brad Renfro) try out cigarettes and John Grisham's awful dialogue (augmented by awful screenwriter Akiva Goldsman) in a verdant backwoods Eden before witnessing the suicide of mob lawyer Jerome Clifford (Walter Olkewicz). "Romey" is despondent, see, because he knows where mobster Muldano (Anthony LaPaglia) has buried a body. Because little Mark (Renfro) spent quality time with the goombah before his voyage to the great Italian restaurant in the sky, Mark is now Little Italy's most-wanted. Cut to Muldano polishing off a Shirley Temple--judging by the way Schumacher makes love to the maraschino cherry between LaPaglia's teeth--at a sleazy New Orleans nightclub to complete the impression that all schlockmeister Schumacher ever wanted to make was variations on arrested-vampire movies. At least it sports Will Patton in a supporting role back when he was a well-kept secret. And JT Walsh, and William H. Macy, and Mary-Louise Parker. Plus, Anthony Edwards, Bradley Whitford, Ossie Davis, Dan Castellaneta, William Sanderson...