Far from the Madding Cloud: An Interview with Iuli Gerbase 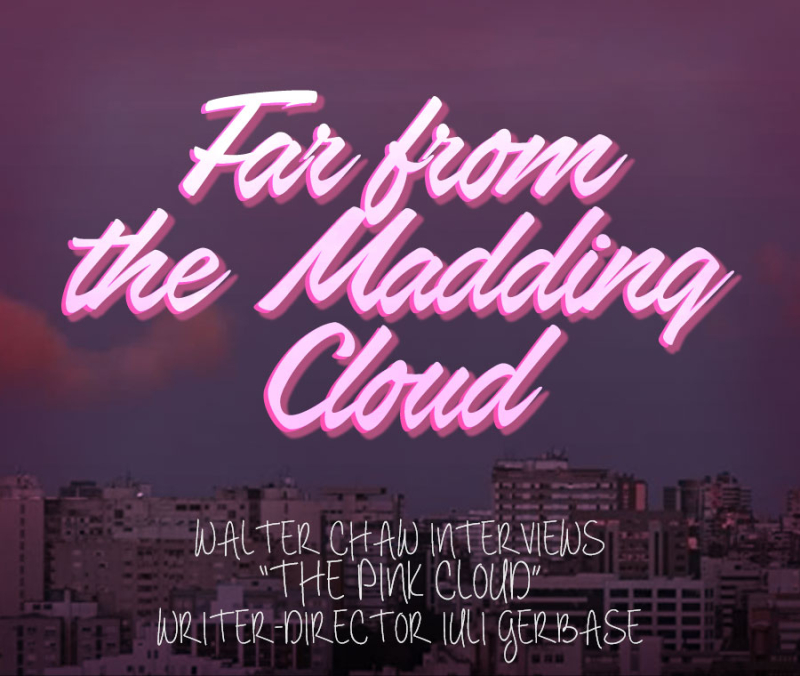 I first caught Iuli Gerbase's fantastic debut The Pink Cloud as part of last year's virtual Sundance and came away from it feeling like I'd seen perhaps the definitive film of the pandemic. But it wasn't a pandemic movie, per se. It was written in 2017 and shot in 2019, meaning its story of two people negotiating isolation is engaged in unpacking a different kind of virulence. The script was completed post-Trump but pre-Bolsonaro, so this Brazilian film isn't even exactly a political metaphor, although it could certainly be read that way. While it's good, publicity-wise, for The Pink Cloud to seem a work of prescience, it's bad in that the picture's prescience detracts from the thorniness of its broader sociological themes. Given time, its embedded subtext concerning a patriarchal system reinforcing traditional gender roles should emerge as the novelty of it as the world's grimmest Magic 8-ball recedes.

Continue reading "Far from the Madding Cloud: An Interview with Iuli Gerbase" »