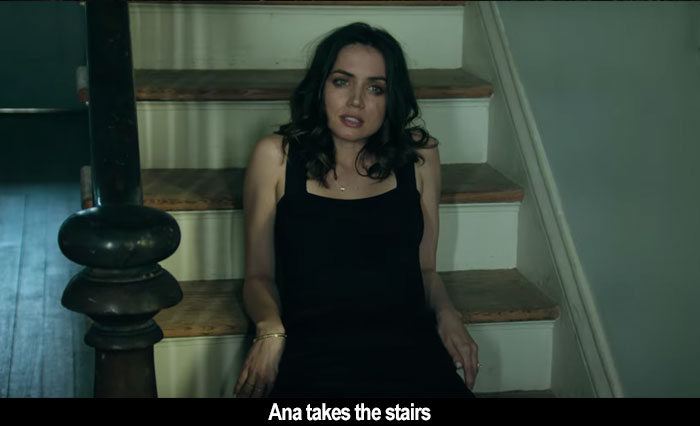 by Walter Chaw Patricia Highsmith's closest analogue in film for me is David Cronenberg--insect anthropologists, both, who see human beings in terms of their emotionless, biomechanical tics and repetitions. Her books are insidious things, death by quicksand or, like the protagonist of her short story "The Snail-Watcher," drowned beneath a sea of the snails he keeps and breeds as objects of...well, it's more than fascination. The hero of Highsmith's Deep Water, Vic Van Allen, keeps snails, too. He names them, studies them, escapes to them when he can't bear the company of his licentious wife, Melinda. He finds profundity in their couplings and multiplications as well as tragedy in their deaths, and he sees in them a corollary to his relationship with a wife he despises and a child he adores. Vic Van Allen can be understood entirely as an insect in a man's clothing. He is slow, inexorable where Melinda is quicksilver, flighty, and resentful of their life together, seeking comfort and an escape of her own in a parade of lovers. At the root of it all, Highsmith is about forms of escape: the bomb shelters to which we retreat when stimulated, prodded, provoked like snails back into our shells.

by Bill Chambers Make no mistake, 2014's Kingsman: The Secret Service is reactionary horseshit, but I got a kick out of its shock tactics and couldn't deny that this new chapter in producer-turned-director Matthew Vaughn's career held some unlikely appeal as an alternative if not an antidote to the antiseptic Marvel and faux-gritty DC cinematic universes. The film was tacit confirmation that Vaughn, after courting controversy with Kick-Ass, had embraced his inner Droog: he would now revel in the violence and latent fascism of his favoured crime and superhero fiction--albeit drolly, like a more cartoonish S. Craig Zahler. In retrospect, however, it's probably more accurate to say that Vaughn let muse Mark Millar, who wrote the graphic novels Kingsman and Kick-Ass were based on, Pied Piper him into a brick wall, i.e., the dead-end that is The King's Man, the third chapter in a trilogy that had nowhere to go and so goes backwards to tell an origin story--complete with the dulled edges that tend to happen to adult-skewing franchises as kids become their prevailing consumer. Unlike RoboCop 3 or Police Academy III: Back in Training, The King's Man retains the R rating of its predecessors, though here it feels like the MPA is primarily trying to protect children from boredom.