by Walter Chaw The plan was to drop my kid off at school this morning and then do the six-and-a-half-hour drive to Telluride, where, per tradition, I'd hide in the company of dear friends and try to refill tanks that have gotten dangerously low in the interim year. It's an excellent place to do it: Telluride is not only geographically remote, set in a valley after what seems like endless ribbons of winding mountain roads, but emotionally as well--a diving bell in the midnight zone of my depression. I wasn't sure I was going to make it this year--not to Telluride, but at all. My experience of depression is it's a thing I can manage most of the time. Then sometimes and often for no proximate reason at all...I can't. 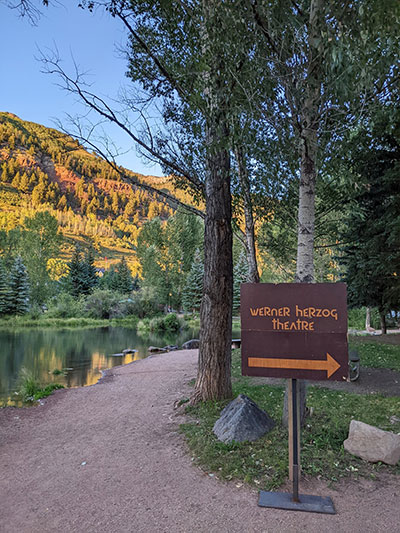 And what does it feel like to be in its thrall? It feels like being packed in gel, isolated behind an airless gap, gaslit by a brain doing its best to kill me. I know all the things I should know, and it doesn't matter. I know people love me, and I believe they shouldn't. I feel animated by alien urges when I'm in its throes--the blacks are blacker, and when I go to sleep, it's with a little prayer I don't wake up. It hasn't been this bad in a while.

So I dropped my son off and went to the store to buy some fruit and some ice. Walking by the display, I found a couple of Hot Wheels Batmobiles that quieted the demons for just a second, but a good second. Then I put Max Richter on the car radio and cried in the parking lot long enough for someone to stop and look at me through the windshield. I gave a thumbs-up and she gave one back, and when she walked away, she looked over her shoulder for me to give her another thumbs-up. That was just a second, but it was a good second, too.

My mom died on Mother's Day this year, which is so much the kind of thing she would do I wasn't surprised. She'd been sick a long time. I was so estranged from her that at that point, the story of her life and death is no longer mine to tell. As I turned onto the highway--287 over Monarch Pass (the butterfly, I think, not royalty)--I thought maybe I was scraping along the bottom because I hadn't shed a single tear over her passing. I decided to think back on happy memories of her from when I was a child and maybe force myself into a space where I could mourn her. I couldn't think of any--not really--and I don't know if that is the truth or if, in the decades I'd already spent mourning our relationship, I made myself forget.

I do remember that when my dad picked me up from the hospital stay following my suicide attempt in high school, he told me I used to be my mom's "treasure." I remember looking out the window and saying, "Yeah? That was a long time ago, dad." I know it hurt him to hear that. Maybe because it was true--maybe because I thought it was true. I'm wrong: I do have happy memories of my mother, but I don't know if they're memories or fantasies I constructed from looking at photographs of road trips I don't remember, of her holding me as a baby, of a birthday party when I was maybe three and surrounded by classmates, my mom setting a birthday cake down on the table in front of me. There's a picture of me riding Dumbo at Disneyland that I have formed a memory around. There's a picture of me lifting a counterweighted van with my dad at Universal Studios during that same trip. I must have felt strong and proud, showing off for my mom, young and pretty, as she was taking the picture. She must've been laughing at her big men, and the day was probably perfect. I wonder what we ate and where we stayed. I must have been happy. I trust what the photograph is telling me. I want to feel safe and loved.

I think, sometimes, when we mourn people, what we're really doing is mourning the version of ourselves we were before we knew the pain of losing them. We're mourning the selves who thought they had enough time. The things I do remember have painted over everything else. I wish that weren't the case, desperately and with all my heart.

I don't remember most of the road to Telluride, though I've driven it twice a year now for...is it a decade yet? I believe it would've been, had we not lost a year to the pandemic. I recall the stray landmark: the Shell station I pause at every year to fill my water bottle and buy a packet of nuts for the right to do so, or the "scenic overlook," positioned at a place so precarious along the way I laugh at its audacity each time I'm white-knuckling past it. I think about how I don't remember most of my life, either, just these moments like when you go to school, lose a tooth, get married, and are the star of someone else's milestone. And then you become the star of someone else's milestone again when you die. All that stuff between is the black hole between the rock rolling back down the hill and you deciding to start pushing it up again.

So I put clothes in my bag and my laptop in another and drove to Telluride to borrow life from all the natural splendour of this place; from audiences here for the express purpose of seeing things in the company of others; from my friend, who always has a hug for me and the kind of acceptance that comes from only ever knowing me as this astonishing emotional trainwreck of a human being. When I saw him, he said he'd missed me, and I missed him, too. It was a good second. I drove my daughter's car this time since we just moved her into college to start her freshman year. I haven't fully mourned that, either, although I've spent parts of a few days crying over nothing I can put my finger on. Still, I know that she has a childhood of memories of me, because I always tell her I love her, and when I do, she tells me she loves me back.

I used to tell people who worked for me the only constant in the universe is change--and when change comes, we can choose to adapt or become extinct. Fuck it, I'm choosing to adapt. Because I think if we string together enough good seconds, we could begin to bridge minutes, hours--maybe days. Maybe years. Maybe lifetimes. The trick is to catch the seconds when they come: they're wily and, by their nature, fleet. And it's easy to be distracted from them by the long stretches of road you will never remember, even though they comprise the bulk of your trip. 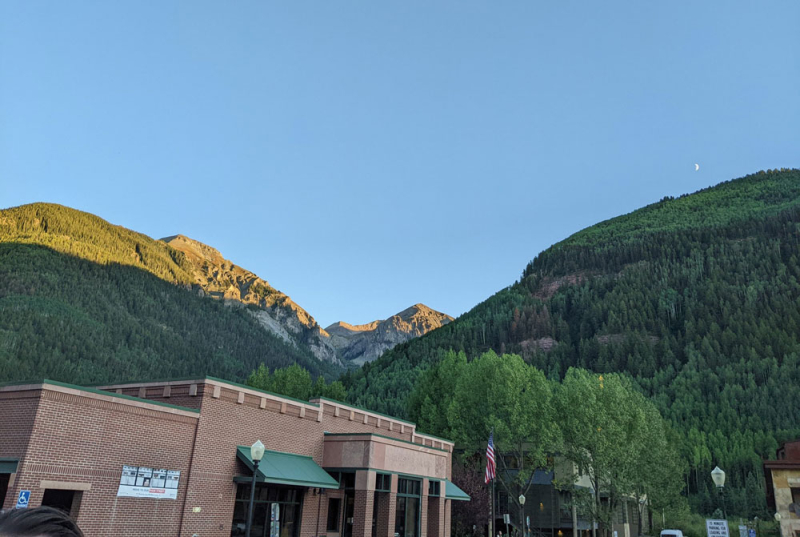