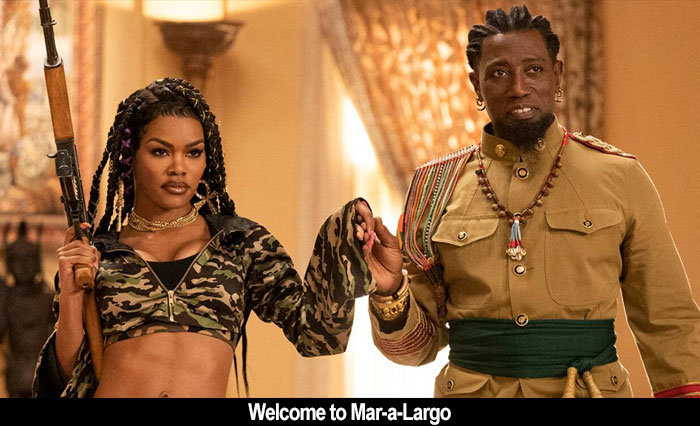 by Walter Chaw I don't understand Craig Brewer's Coming 2 America, probably because I don't understand John Landis's Coming to America, either. For me, they are both artifacts of an alien culture where the references are obscure and the humour is arcane. I spent most of my life thinking the first film was making fun of Africans, only to learn that for a generation of Black creatives, the film was a rare example of positive, even admiring, representation of Africans in the American popular culture. I think that's true; I also know the fish-out-of-water machinations of Coming to America's plot--the cheap sex jokes, the gay terror, the burlesque of it--rubbed me the wrong way then and still do. But there's a sweetness to Akeem (Eddie Murphy), isn't there? These films are decidedly not for me. I do trust people with vital voices like Ryan Coogler, who apparently loved the first film and had his own ideas about a sequel--and I would say the analogue I can find while I'm grasping for one is the reception of Short Round in Temple of Doom, which I initially rejected with horror but now embrace as one of the few positive Asian representations in that same American popular culture. Strange bedfellows, Shorty and Prince Akeem, but there you have it. 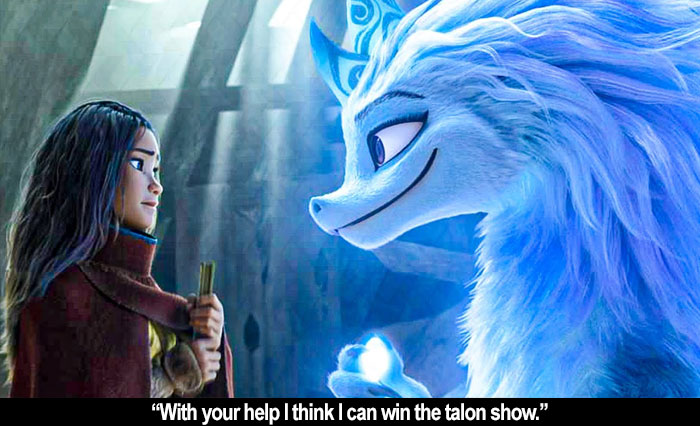 by Walter Chaw I've thought a lot lately about quitting, and seriously, this thing I've done over the last twenty-some years--this thing that started, ultimately, because I was a kid who couldn't speak the language and wanted desperately to belong to something that would never have me on my terms. I've thought about quitting, and it's a dangerous thing for someone like me to think that way. Movies were a thing I loved that never betrayed me, never abandoned me, whenever there was pain or confusion, or something I needed to work through; this was the art form that was primary for me as a catalyst for introspection. There's literature and music and poetry, of course, yet film could encompass all of those things. It's saved my life a time or two. I thought I had a place among others who loved it like me, but no one loves it like me--people love it like they love it. Or they just use it because they've failed at everything else and don't have the introspection to feel despair. When you give yourself over to an idea of affiliation through the appreciation of objects, you're doomed to disappointment and loneliness. When a person like me thinks about quitting, he's thinking about cutting the line that connects him to his life. I've been thinking about quitting, because what's the point of any of it when your rope is tied to a quintessence of dust? I don't trust this anymore.