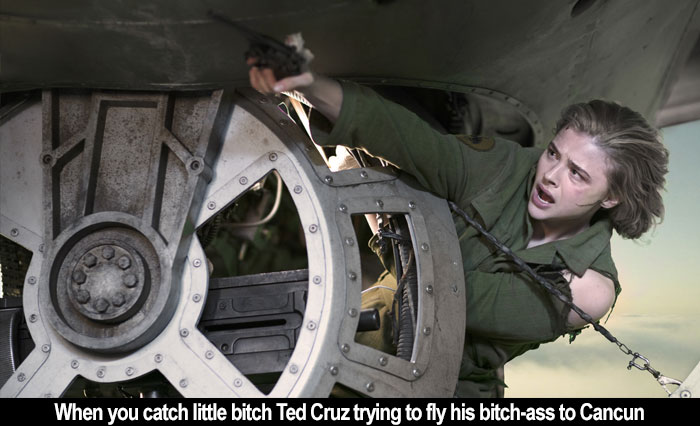 by Walter Chaw Roseanne Liang's Shadow in the Cloud opens with a vintage training cartoon for WWII flyboys about the dangers of gremlins clogging their bombers' works, indicating that whatever this film seems like it's going to be about, it's going to have a monster in it. And it's inevitable, once you know that, for you to think about how one of the episodes recreated for Twilight Zone: The Movie was "Nightmare at 20,000 Feet," in which a gremlin on the wing of a plane terrorizes a nervous flier. And then how John Landis co-directed that film (though not that segment) and, through unimaginable carelessness compounded by his unfettered ego and well-documented lack of a moral compass, instructed a helicopter pilot to fly too low over illegal pyrotechnics, resulting in the chopper's crash and the brutal death of leading man Vic Morrow and child actors Myca Dinh Le and Renee Shin-Yi Chen. Child actors who shouldn't have been working at that time of night due to labour laws, as it happens, but, shhh!: an artiste is at work. It's all on video (Zapruder-esque footage of the crash aired multiple times on the 6 o'clock news), there was a trial with damning testimony, the film's producers--including Steven Spielberg and Kathleen Kennedy--fled the country and refused to testify (because, in Spielberg's case, he was "too important" to do so (the judge agreed)), and then, the world the way that it is, Landis got off. He even went to Morrow's funeral uninvited to spew some blubbery words, and now, in the late-Leni Reifenstahl phase of his career, he's treated like an elder statesman allowed to reframe his legacy. Let me help you with that. His legacy is three things, each of them true: he is the director of An American Werewolf in London and a couple of obnoxious comedies people like for some reason; he is a murderer; and he is the father of one of the all-too-predictably worst people on the planet. 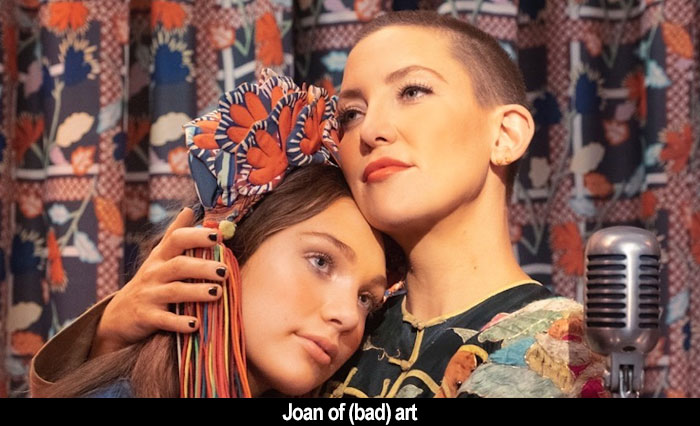 by Walter Chaw I feel like I've seen Fisher Stevens's well-intentioned Palmer dozens of times in the last three months alone. This version takes a few half-hearted stabs at social relevance with a heartfully-plucked acoustic guitar on the soundtrack but is finally nothing more than Justin Timberlake's latest shot at movie stardom. He's going deep as Palmer, fresh out of prison with a gruff attitude and a neckbeard denoting his impoverished status, reminding largely that his best role isn't the one where he plays a guy married to Carey Mulligan in Inside Llewyn Davis, but the one where he lip-syncs The Killers' "All These Things That I've Done" in Southland Tales. The familiar movements: Palmer has to get laid, get a job, and become the guardian to a moppet, who saves him. He's got a hard shell, that Palmer, though the hint of a grin halfway through as he's driving his catalyst-towards-redemption to school hints that underneath his hard shell, there's a big ol' softy. The twist is that the moppet is non-gender-conforming Sam (Ryder Allen), who likes to wear pink, put barrettes in his hair, and have tea parties with the girls in his class. He also hates football but lives in the south, and Palmer used to be a bigshot high-school football player. Man, what a conundrum in which Palmer's found himself. A dadgum conundrum's what it is. 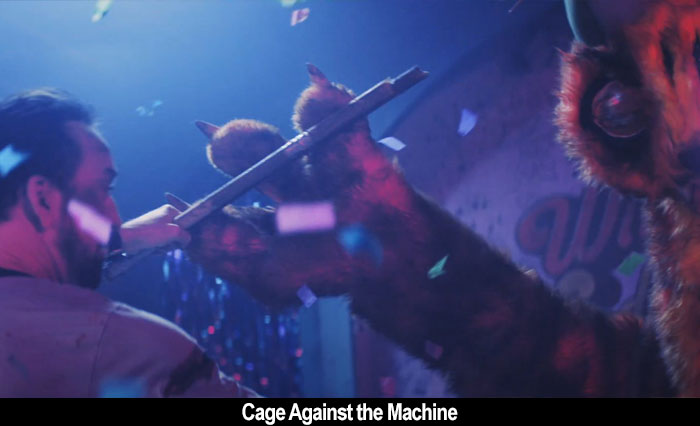 by Walter Chaw Kevin Lewis's high-concept Nicolas Cage-vs.-Chuck E. Cheese thriller Willy's Wonderland misses because it believes it can't miss. Star Cage has built a career for himself as that weirdo who will do stupid movies, and here he is playing The Janitor, a man of no words who cleans things up. A real contempt for the audience roils off this garbage, the belief that there need be no real effort expended in the creation of this product as long as there's enough Nic Cage doing dumb shit as bizarrely as possible. It's lazy. There's one long exposition dump towards the beginning of it, delivered by a somehow and sorely overmatched Emily Tosta, about Satanic rituals and stuff at the local theme restaurant, and honestly, it was all done better in that video game "Five Nights at Freddy's", where the reason for the robot characters springing to homicidal life isn't really addressed at all. It's painfully bad, Willy's Wonderland, in exactly the way things are bad when a bunch of bros get together to capitalize on a phenomenon they can't begin to understand and couldn't be bothered to interrogate. Cage + animatronic monsters? As William Hurt once asked, "How do you fuck that up?"

Sundance '21: We're All Going to the World's Fair

by Walter Chaw We spend our teen years--and, if we're not careful, our entire lives--imagining ourselves a player in a grand, romantic storyline where everything that happens has meaning, every misdeed receives justice, and every moment of grace is returned in kind. We need to feel like there's more to this than just chaos and meaningless suffering. Most of all, we need to believe that we have some control over how things turn out on both a personal level and a cosmic one, too. The alternative, after all, tends to be despair. I suspect the reason Boomers are the majority demographic in the Q-nonsense is their fear of a world in which they suddenly understand nothing requires some sort of recourse, no matter how tortured.

Continue reading "Sundance '21: We're All Going to the World's Fair" »