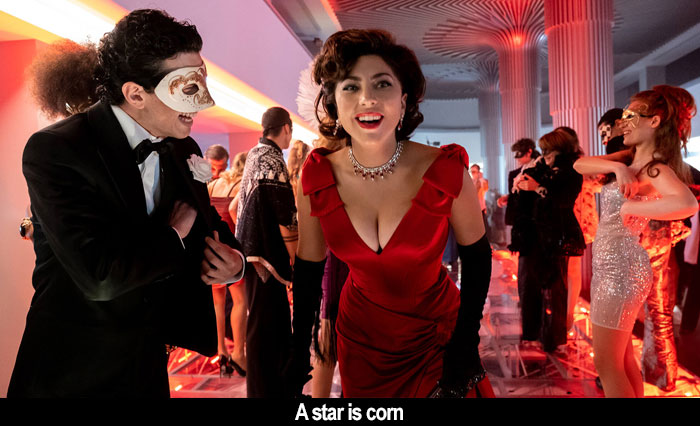 by Walter Chaw Ridley Scott's second based-on-a-true-story prestige period piece of 2021 after The Last Duel takes place in the I Love You to Death cinematic universe, wherein formerly dignified actors affect ridiculous Italian accents while taking bullets from hitmen hired by their wives, ex or otherwise. Just the spectacle of watching Adam Driver do a scene with Al Pacino at an Italian picnic, the two of them talking like Mario brothers while a brunette Lady Gaga croaks in an accidental Russian accent is... And the soundtrack! George Michael, Donna Summer, New Order, the Eurythmics--it's all of it like a Nagel painting come to life: gaudy affectations of glamour and art for the bawdiest appreciators of unintentional camp. Indeed, House of Gucci is prime grist for the headliner in a midnight call-along, or the feature presentation in a future episode of "MST3K"--although, at two-and-a-half hours, I worry the same jokes would keep getting recycled, most of them about the accents, a few of them about sex-pest Jared Leto's turn as Paolo Gucci, buried beneath a ton of prosthetics that make him look on the outside what he is on the inside. (Here's the punchline: Leto steals the movie.) A deadly drinking game could be devised from the times Pacino's accent slips from hilarious Italian to Al Pacino to, during a weird funeral scene, Bela Lugosi Transylvanian. There's a scene in the last half of the film where Paolo groans into an airport payphone, "I got to wash! If you could smell-a between my groins, you'd-a unnerstan!" while Aldo makes the "c'mon" expression trying to get his attention, and then later Aldo gives Paolo, his little Fredo, the "you disappointed the hell out of me" kiss of death and, again, it's... Well, it's notably, spectacularly terrible is what it is. And I liked it. 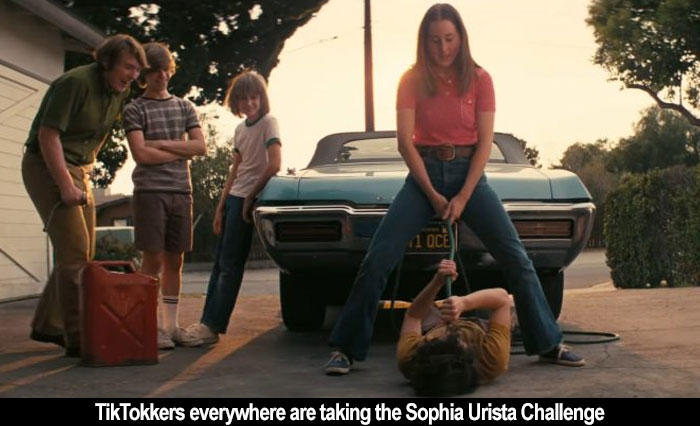 by Walter Chaw In Paul Thomas Anderson's Licorice Pizza, John Michael Higgins plays real-life restaurateur Jerry Frick, proprietor of "The Mikado." Frick is married to a severe and disapproving Japanese woman (Yumi Mizui) who apparently doesn't speak any English, although she seems to understand it fluently. She certainly understands her husband, who doesn't speak Japanese but does speak English, when he's speaking it to her, in a cartoonish Asian accent. This is perhaps a commentary on how backwards everyone was in 1973, but Licorice Pizza is not otherwise a satire, so what the fuck is going on here? Is PTA reserving the barbed edge of his keen sociological blade exclusively to excavate anti-Asian depictions in film and nowhere else? Based on Hong Chau's brief but memorable turn in Inherent Vice as a tough hooker (oops) who tries to warn the idiot hero of danger, there's reason to hope. Yet if Frick is meant to be a satire of how white men are racist towards Asians in general and Asian women in particular... How? Just by the fact of him? In his second scene, he shows up with a different wife (Megumi Anjo), explaining how his first wife has left him and this is the new Mrs. Frick. The joke is either that Frick is a fetishist, or that all Asians look alike.