Telluride '21: An Introduction or, the Train Doesn't Stop at Any Stations 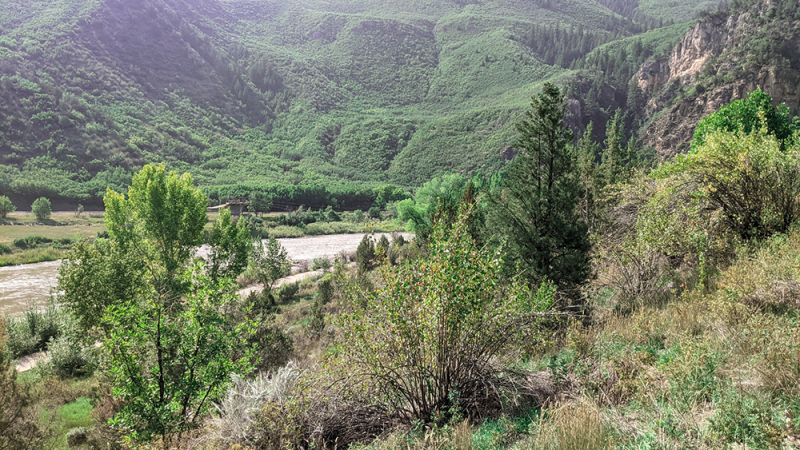 by Walter Chaw I use these trips to the Telluride Film Festival as year-markers: summaries and confessions sometimes filled with hope for the new year, although I find I live almost entirely in the past, in fear of the future, neglecting the present. I don't think this is an unusual malady (indeed, it might be the common malady), and shaking loose of it may be the pestilence that finally ends us and not any other. This year, I took a different route to Telluride, not through the canyon, but straight across the I-70 to Grand Junction, then south to the sheltered valley where Telluride sits. Partly I did this for the novelty of it (I haven't driven over Vail Pass since an accident I had there...can it be a decade ago already?), and partly out of wanting to pick up my friend Katrina from the Grand Junction airport to drive her down to meet her husband at the festival. Every time I go through the Eisenhower Tunnel, I remember that particular passage from The Stand and how, several years ago, I listened to its audiobook on the way up to a different Telluride. It was the first time I'd made it to the end of the novel. A die-hard fan of King's, I nevertheless find his fantasies difficult water to tread. Colorado is a beautiful state, though I worry that the lakes and rivers are looking as low as they're looking right now. I doubt I've ever seen them quite so dry.

Continue reading "Telluride '21: An Introduction or, the Train Doesn't Stop at Any Stations" »

by Walter Chaw J.J. Abrams's Spielberg shrine Super 8 mines the birth-of-the-blockbuster nostalgia vein so doggedly that you actually wish it was better than it is. Still, what works about it works really well, the best result of it being that it offers a vehicle for young Elle Fanning that should catapult her to the real superstardom Somewhere would have had anyone seen it. She's stunning; every second she's on screen, no matter whether she's sharing the frame with a two-storey monster, it's impossible to look away from her. She's the natural lens-flare Abrams offsets with his trademark visual tick. Fanning's Alice, the daughter of town drunk Louis (Ron Eldard), is enlisted by a pack of Goonies-stratified youngsters to be the female lead in their kitchen-sink zombie flick. The erstwhile director is the Stand By Me chubby one Charles (Riley Griffiths), and along for the ride are the one who pukes (Gabriel Basso) and the one who likes to blow shit up (Ryan Lee). And, yes, there's that scene where the kids throw their stuff over a fence, gather up their bikes, and recreate an entire sequence from the Amblin Entertainment logo that opens the picture. 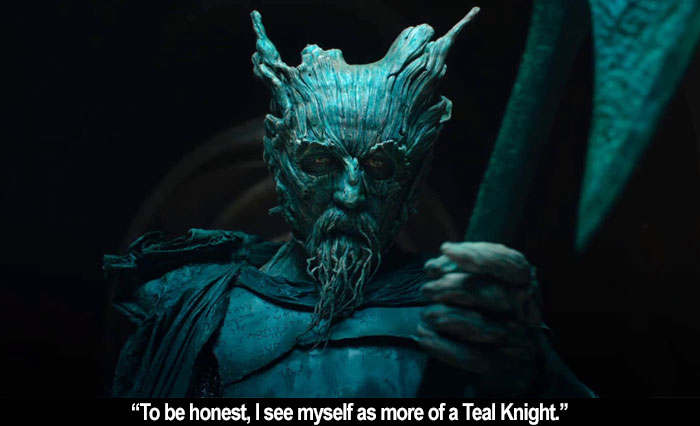 by Walter Chaw A thing has no value if there is no risk of losing it. A treasure is only that if there are hobbits. If you're a parent and you've done everything right, and everything goes exactly as it should, your children will know the exquisite pain of your death. The story for us all ideally has the tang of misadventure to it and a sad ending full of irony. It is a great fable without a moral, wrought with temptations--though hopefully, when the curtain falls, free of too much regret. The key to navigating the labyrinth of the Rose Poet's medieval romance "Sir Gawain and the Green Knight" is perhaps in its prologue, where it presents the history of the founding of England from the Fall of Troy through to Aeneas's further stories: his conquests and foundings, sure, but also the inevitable decline of his line. A popular version of this history around the time that "Sir Gawain and the Green Knight" would have been written holds that Brutus of Troy is the grandson of Aeneas, exiled from Italy because, in fulfillment of a prophecy similar to the one that doomed Oedipus, he accidentally killed his father with an errant arrow. In the course of his wanderings, this Brute, the product of a cursed line beset with hubris and tragic folly, becomes the first king of what would be called England.