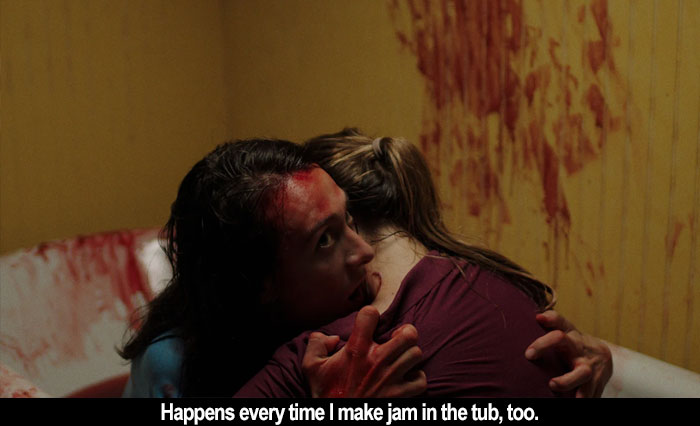 by Walter Chaw The reason Dwight (Patrick Fugit) goes to diners is to eat a little toast, drink some coffee, and listen to other people go about their lives. His sister, Jessie (Ingrid Sophie Schram), waits tables at one where she suffers the indignities of the service industry with pallid, resigned despair. Between them, the extent to which they can empathize with people beyond their bubble will drive their existence to a crisis. Cut from the same cloth as Jim Mickle's exceptional We Are What We Are and destined to be compared to Tomas Alfredson's Let the Right One In, My Heart Can't Beat Unless You Tell It To (hereafter My Heart), the hyphenate debut of Jonathan Cuartas, finds its closest analogue in Claire Denis's Trouble Every Day, which is similarly about the brutal banality and biological horror of caring for a terminally-ill loved one. Dwight and Jessie look after their brother, Thomas (Owen Campbell--so good in Super Dark Times), who needs to drink blood to survive. Sunlight burns him badly and instantly. Well into puberty, he still acts like a child--not for any sort of mental disability, but rather, we surmise, because of a lifetime spent in a handful of the same rooms, his brother and sister as his sole companions. 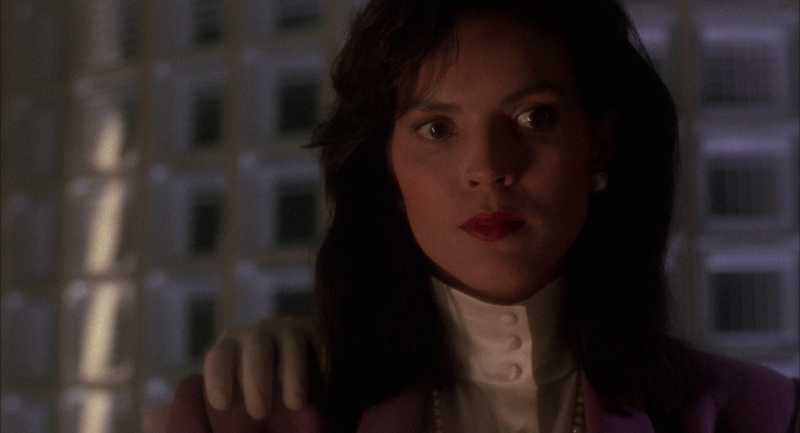 by Bill Chambers SPOILER WARNING IN EFFECT. It's cheesy, right? He stakes out beautiful women, breaks into their apartment while they're out, and decorates their place with enough candles for a Meat Loaf video. When they return home and check their messages, they hear one from him: "Hi, this is Richard. I'm in your apartment. I'm going to kill you." Then he pounces, doing exactly what he promised to do. I went to see Gary Sherman's Lisa with a friend on opening weekend in May of 1990; we had planned on going to Ernest Goes to Jail but were late for the matinee. We were late for everything, in fact, except Lisa, and the only competition for a seat was the tumbleweeds--a reflection of the skeletal marketing budget and maybe Siskel & Ebert's downcast thumbs. Anyway, my buddy and me, both 15 at the time, were snorting derisively at Richard's M.O.--the media has christened him the Candlelight Killer--as Lisa got underway, mainly because it involved the type of aesthetic jive we put up with for a flash of nipple on late-night cable. (Did I mention the saxophone music?) Then came the introduction of the title character, a 14-year-old girl who lives with her florist mother Katherine in a cozy little womb of a loft, and any residual laughter took on a nervous edge. Safe to say that Scooby-Doo-ish frisson of siccing a sociopath on the territory of Apple Paperbacks worked like a charm: We were on tenterhooks for the next 90 minutes or so, like air-traffic controllers monitoring the progress of Lisa and Richard's inevitable, inexorable collision.