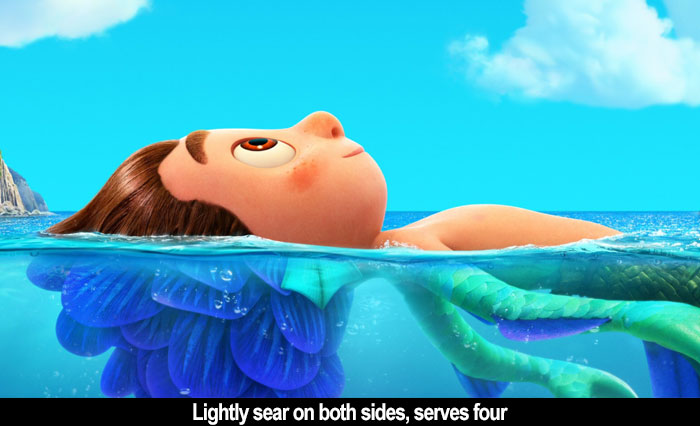 by Walter Chaw Enrico Casarosa's Luca is a gentle love letter to the Miyazaki-verse set in a small, coastal Italian town called "Porto Rosso" in an obvious nod to Porco Rosso. The body of it, meanwhile, is parts of Ponyo, parts of Kiki's Delivery Service, bits and pieces of shots and sequences from Spirited Away, and even the scavenging scenes from Nausicaä of the Valley of the Wind. Luca's message of acceptance is general and loose enough to allow for a couple of innocuous interpretations, the obvious one being the Depeche Mode-ism of how people are people and shouldn't, therefore, get along so awfully, the more potentially impactful one a coming-out tale in which the residents of a cloistered community realize their friends and neighbours harbour secrets about their identities that they're afraid to reveal, lest they be ostracized, even murdered. It's tempting to go here, not just because the central drama revolves around the friendship between little Luca (voiced by Jacob Tremblay) and his buddy Alberto (Jack Dylan Grazer), but also because of the late-film reveal that a pair of elderly spinsters in town are identically coupled. There are also moments where it's clear that Alberto, without being interested in her, is jealous of the relationship blooming between Luca and Giulia (Emma Berman), the little girl who takes them in when they find themselves needing a place to stay. It's there if you want it. 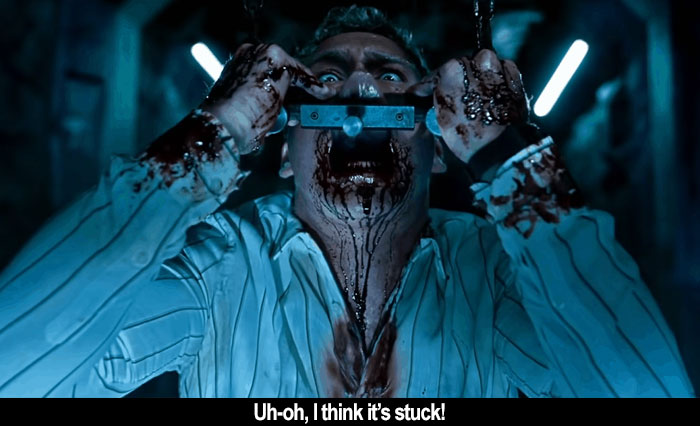 by Walter Chaw It's so familiar it's fatiguing, another one of these projects that begins with passion and the best of intentions and ends up chewed to paste and regurgitated as this thin, masticated gruel. Is Darren Lynn Bousman's Spiral (a.k.a. Spiral: From the Book of Saw) the product of too many notes from too many people, or simply the wrong people? Or maybe there weren't enough voices in the room to challenge accepted wisdom, which tends to be unreliable more often than not. Spiral occupies a weird space where it's both desperate and cocksure. In moments of duress, one tends to revert to the familiar and the comfortable, so when things are obviously going south for Chris Rock, still-aspiring movie star, Chris Rock, legendary stand-up comic, tries to assert himself. The script is a mess, and the grafts meant to save the patient have been rejected. Spiral probably should've been killed at inception.