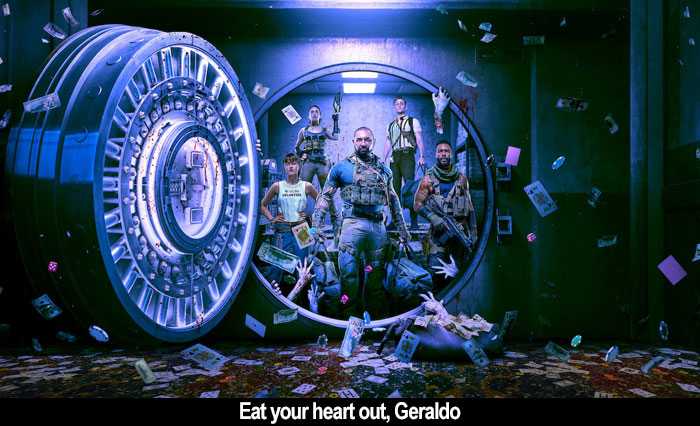 by Walter Chaw A band of highly-outfitted soldiers enters a hive of monsters on a rescue mission. Accompanying them is a person scarred psychologically by a fight with these monsters, as well as a representative of an evil corporation that is more interested in harvesting the monsters--not for any humanitarian purpose, but to use as WMDs--than in exterminating them. For a little heroic comic relief, meet the not-completely-ordinary-seeming pilot, who, at a moment of crisis, appears to have disappeared only to reappear once our survivors have lost all hope. That's right, Zack Snyder's Army of the Dead is a remorseless, brazen rip-off of Aliens, down to outfitting a monster-killing badass exactly like Jenette Goldstein's "Vasquez" and to cribbing a few lines from James Cameron's script wholesale. At some point, Aliens apparently became an obscure, seldom-seen relic of a forgotten past ripe for strip-mining in this hotly-anticipated, deeply disappointing and distended genre epic. To be fair, Army of the Dead doesn't only rip off Aliens (which it does remorselessly): it also lifts Richard Matheson's I Am Legend conceit of "who are the real monsters, here?" in conceiving of a zombie civilization attempting to find purchase in the Nevada desert. If you have to steal, may as well steal from the best. 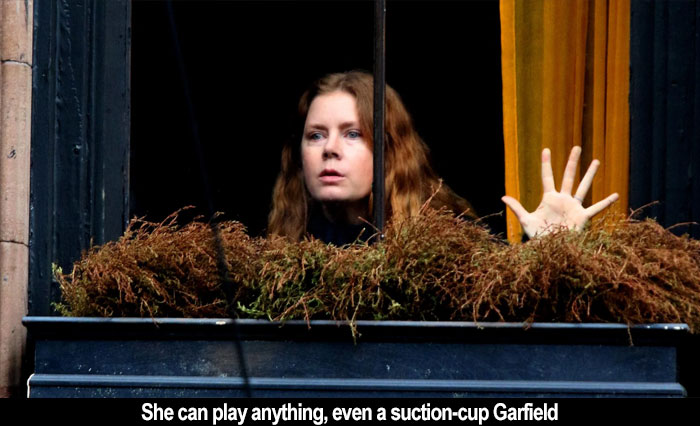 by Walter Chaw By the end of her career, after decades spent weathering abuse and disappointment, Joan Crawford turned in a series of extraordinarily nuanced performances playing older women doing their best against despair. Watch the look on her face in Sudden Fear when a much-younger Jack Palance shows some interest in her, even after she's been cruel to him--the mixture of hope and suspicion, the hard-won wisdom of a lifetime of betrayals at her expense. Crawford and legendary rival Bette Davis were slotted into stuff like this in their middle-age--an entire "psycho-biddy" subgenre of exploitation picture that, despite being engineered to humiliate them, nonetheless resulted in a few sublime gems made exceptional, some would correctly argue, for the unexpected dignity these women brought to the projects. Case in point, What Ever Happened to Baby Jane?: come for the camp, stay for the devastating existential pathos. By any measure, 46 is not "biddy" territory, but that's the age Crawford is in Sudden Fear (probably; no one knows for sure when Crawford was born). At 46, Davis reprised the role of Queen Elizabeth, this time well into her dotage, and, indeed, 46 is how old Amy Adams is in the role of drunk and doped-up, agoraphobic nutjob Dr. Anna Fox in Joe Wright's ridiculous--but not ridiculous enough--The Woman in the Window.