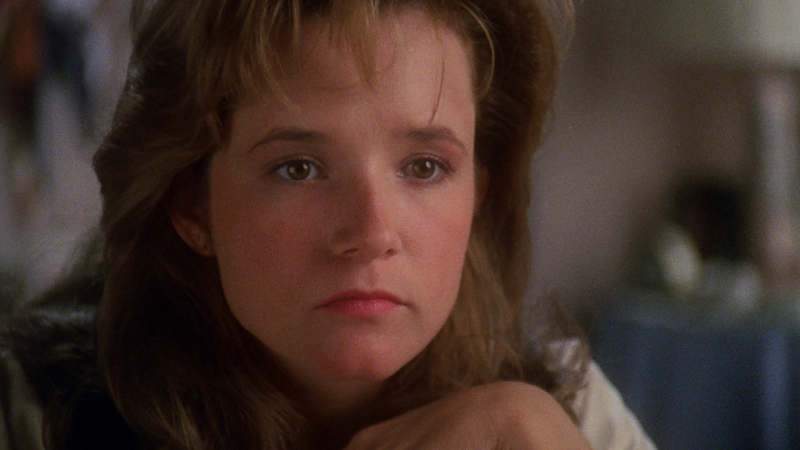 by Bill Chambers "Cinema is the most beautiful fraud in the world. In order to criticize a movie, you have to make another movie." John Hughes may have had this famous Jean-Luc Godard quote in mind when he embarked on the screenplay for Some Kind of Wonderful, a gender-swapped version of his heavily-compromised Pretty in Pink that came out less than a year later. But Some Kind of Wonderful did not start out like it ended up: The script that director Howard Deutch originally signed on to direct was about a citywide first date between a social pariah and the prettiest girl in school that notoriously called for the Blue Angels flight demonstration squadron to put on a private show for the couple. A broad comedy, it opened with its hero masturbating into a pillow. If you've seen Some Kind of Wonderful, this will all sound pretty incongruous.