by Walter Chaw At some point, someone in some boardroom should have pushed away from the table and asked whether it was a good idea to have a subplot in their new Wonder Woman movie about a person in the Middle East wishing that colonizers would be expelled from occupied territories. (The granting of said wish subsequently leading somehow to nuclear holocaust.) I mean, with or without an Israeli actress in the lead role. Not to say it's not geometrically worse with an Israeli actress in the lead role, because it is. Look, the real wonder of WW84 is that this maybe isn't the worst thing about it. Neither is how flat it looks, or how it starts with 45 minutes of poorly-timed slapstick before shifting into absolutely deadening action sequences, a weird body-possession intrigue, and a horrifying message about how you should never wish for things because everything has consequences attached to it. With so much riding on its shoulders, the burden to be all things to all people has resulted in a vivisected monstrosity of plastic inauthenticity. WW84 additionally has one of the most beautiful people in the world--who's playing an immortal superhero--tearfully proclaim that she wants something to go right for her for once in her life. What I'm saying is, WW84 is a very particular, very limited kind of fantasy gratification that also happens to have fantasy gratification as its needlessly magical plot. 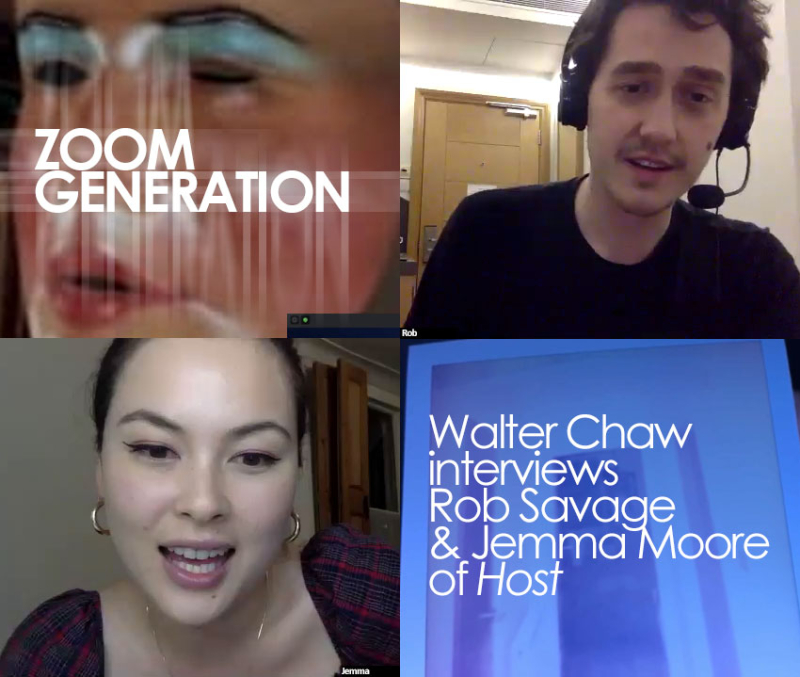 Shudder's Host, directed and co-written by Rob Savage, is this peculiar moment's The Blair Witch Project, a landmark film that provides insight into not just these dark times via the technologies that have evolved from our collective woe, but also how we ourselves have evolved, changed in unexpected ways by the products of our hands. Never so much as to lose touch with what scares us, though. Even the genesis of the project--Host was born of a prank a bored Savage devised to scare his friends on a Zoom chat one evening (a prank posted later on social media, where it gained another half-life)--has its roots in how things that are old-hat (the noise in the attic, the jump scare, the Rear Window effect of being a voyeur to the love and death of loved ones without the power to affect them) don't go away as the tools of our existence change. They adapt. What we've always feared, we fear still. And here we are now with this stuff we've Frankensteined into existence (social media, virtual hosting, Bluetooth, the cloud) without a complete understanding of the doors it'll unlock in our relationship with the universe. We're playing with fire, and Host is a warning no less eloquent for being too late.