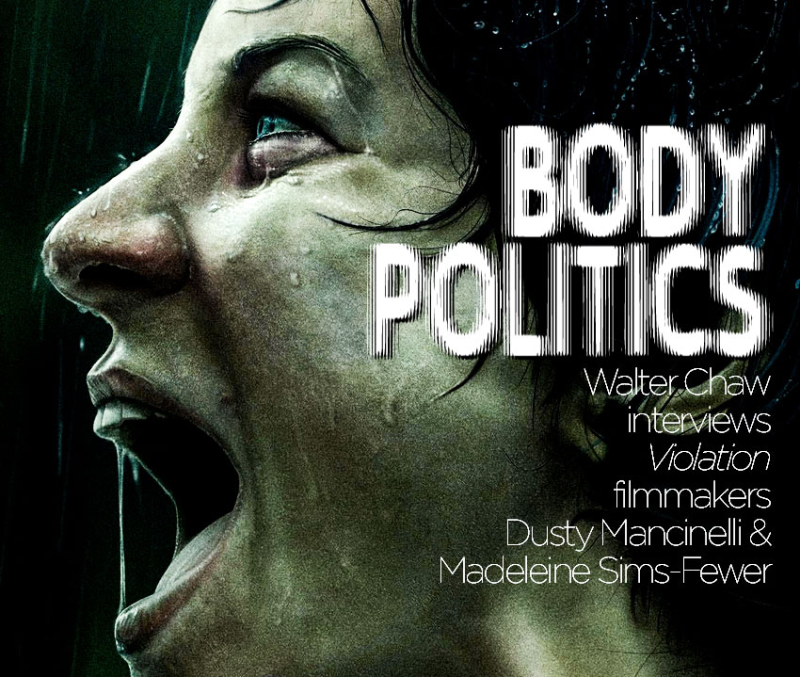 Even among the generally positive responses to Madeleine Sims-Fewer and Dusty Mancinelli's superlative Violation, one finds evidence of the predictable fallout that occurs whenever a woman in horror, particularly in the rape-revenge category of horror, fails to adhere to expectations of victimhood. Surely a woman who reacts to rape with violence is psycho, yes? Violation has as its closest analogues the Greek tragedies involving a woman cruelly wronged who righteously wrongs in return; the final image of the film is as clear a metaphor as I can imagine for how we all, men and women alike, take on the sins of the father in our various acts of consumption, both gustatorial and sexual. I was excited to speak with co-writers/co-directors Ms. Sims-Fewer (who also stars) and Mr. Mancinelli about their film and its positive--if sometimes confused--reception. So often, exhaustingly often, when one seeks to change perception, one instead manages to reveal how unchangeable perceptions can be. We should be beyond this conversation in 2021. In a lot of ways, Violation reveals that we've yet to properly broach the topic. The pair, sitting on a pale blue couch with a Frida Kahlo throw pillow between them--an appropriate totem of gender ambiguity and, indeed, rage, I thought--were engaged and smart about what their film was about. Violation is intentional in a way that very few movies can get away with--and it gets away with it because it's, y'know, brilliant. I started by asking them the perhaps obvious question of why men hate women who reveal themselves as fully human.