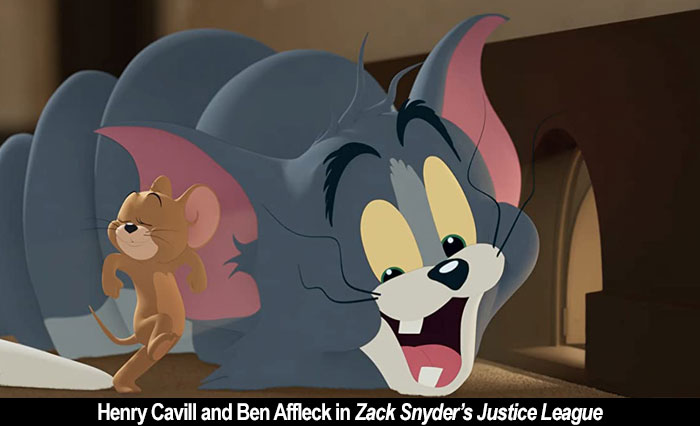 by Walter Chaw I want to say right off the bat that Hanna-Barbera's "Tom & Jerry" cartoons were in constant syndication when I was a kid. I watched them every day after school, like all my friends did, and we agreed that we liked it best when Tom and Jerry were friends. We weren't peaceniks; honestly, I think all the unleavened brutality of the cartoons got tedious after a short while and we were starved for something that suggested creativity beyond how best to murder a cat. Thinking back, I wonder if these cartoons had anything to do with how cat abuse is still played for comedy in movies--I mean, you can't hurt them, right? The thing that's tempting about reviewing the new Tom and Jerry is to not take it very seriously. There's enough to skewer, after all, without bothering to engage it. Yet real people worked on this, an entire animation company's creative capital was spent on doing everything they could to honour the questionable source material (and they do a really good job), and now here it is, the second attempt at a feature-length Tom and Jerry movie in almost 30 years, ostensibly landing as some sort of family entertainment designed to make your kids docile and pacific for 100 minutes. Honestly, I don't think it's worth the damage it potentially does. I mean, you can feed your children paint chips, too. And it'll fill 'em up! But the cancer is something to consider.