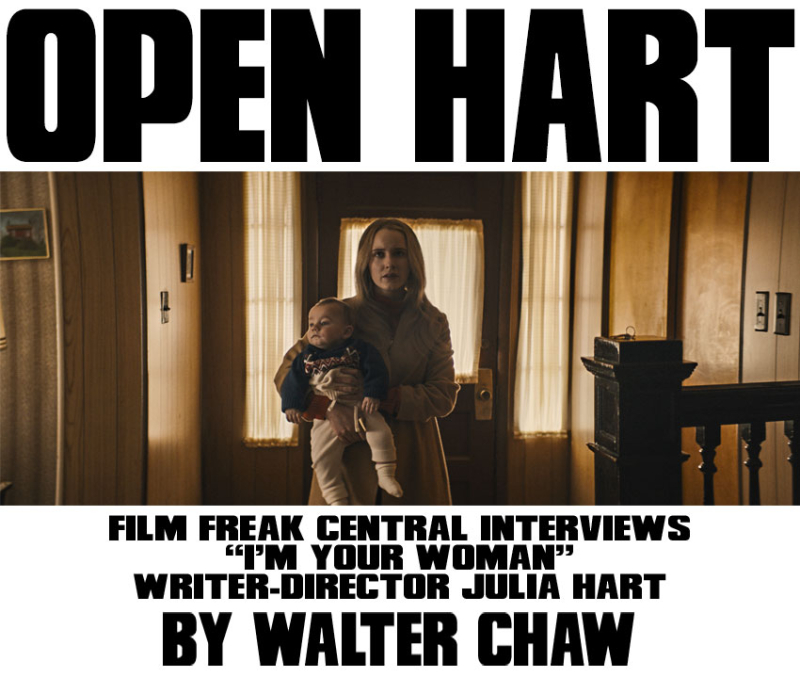 My grad advisor in British Romanticism, Brad Mudge, had this thing where he'd ask, after reading a poem, where the poem "breathes." I always loved that question; I love it still. It speaks to me of understanding that art will, when it's done well, cease to become something extant and begin to become something internal. The Romanticists--Shelley, I think it was--talk about the words of poets as seeds that engender new ideas in the heart of the reader. The moment I'm Your Woman "breathes" for me is in a diner sequence midway through where our hero, Jean (Rachel Brosnahan), tells her temporary protector, Cal (Arinze Kene), how after a series of miscarriages, she "burned" all the desire for a child out of herself to protect herself from more heartbreak. Already a good film, I'm Your Woman becomes a great one here in this open, vulnerable conversation about something that happens to as many as 20% of known pregnancies. It's so prevalent an event that common wisdom dictates you don't share your pregnancy news until well into a pregnancy in anticipation of it. My wife and I suffered three miscarriages (one more traumatic than the others, all of them a death of hope) before we successfully carried our first child to term. 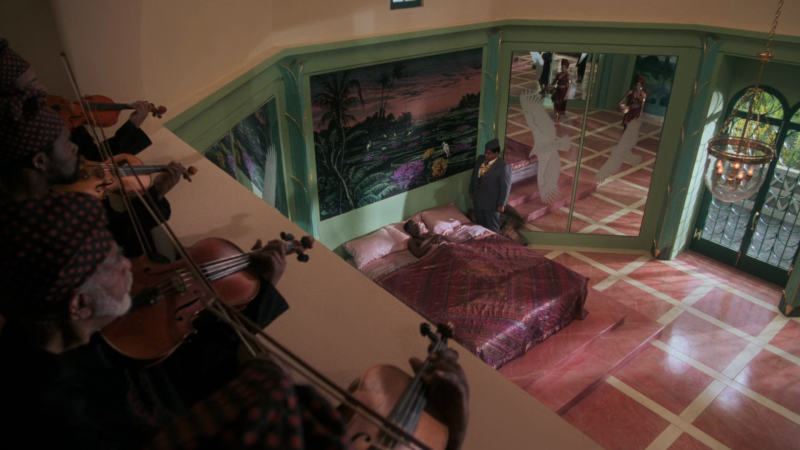 by Bill Chambers When I interviewed the great documentarian Steve James of Hoop Dreams fame, he asked me if I'd ever seen Coming to America, and I didn't know quite how to answer him. There was a time, during my adolescence in the mid-to-late '80s, when not seeing the latest Eddie Murphy movie would've put a serious crimp in my social life--when the extremely homophobic routines of Eddie Murphy "Delirious" (a.k.a. Eddie Murphy: Comedian, which my friend Joel gave to me on vinyl for my 12th birthday) constituted the lingua franca of my peers, for worse or for worse. This was also the age of PayTV and home video, when it was not uncommon to watch a film you liked over and over again until you practically fused with it; I liked Coming to America. I liked it, and lots of kids my age liked it, I suspect, because it made us feel like adults with its titties and swears but basically coddled us with a plot out of Disney and a laid-back vibe to match. I'd soured on it in the years since, partly out of fear it was a low-key minstrel show. I'm still not sure that it isn't, but anyway, in answer to James's question, I said "yep." 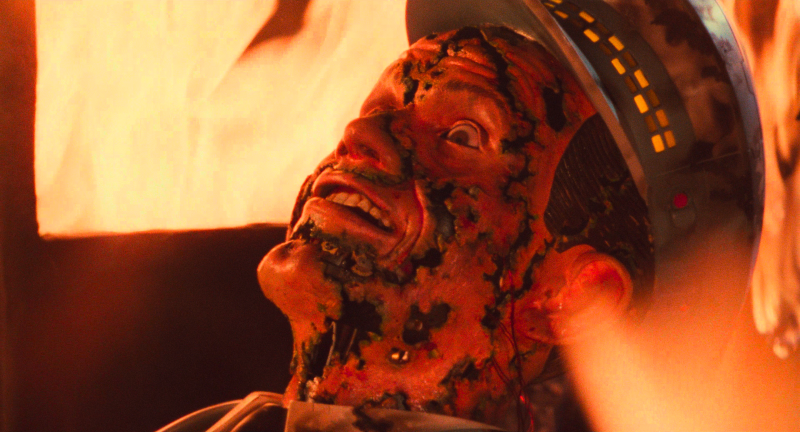 ***/**** Image B+ Sound B+ Extras B+
starring Arnold Schwarzenegger, Rachel Ticotin, Sharon Stone, Ronny Cox
screenplay by Ronald Shusett & Dan O'Bannon and Gary Goldman, based on the short story "We Can Remember It for You Wholesale" by Philip K. Dick
directed by Paul Verhoeven

by Bryant Frazer Before watching Studiocanal's new restoration of the 30-year-old science-fiction adventure Total Recall, I had only vague memories of seeing it on opening night. I mean, I remembered that I hated it, but I wasn't sure why. I was already a Paul Verhoeven fan based on RoboCop, though I didn't know anything else about his work. I know I was put off by the scene where Arnold Schwarzenegger puts a bullet in a woman's head and then yuks it up with one of his trademark murder jokes. Sure, the screenplay has taken pains to establish the character's unforgivable duplicity, but that's the problem: She's disposable, and she's a punchline. (No wonder Sharon Stone jumped at the chance to play a serial murderer of men in Verhoeven's next film.) And I recall that I was annoyed beyond reason by the film's climax, which involves a very sudden change to the environment on Mars. The science behind it struck me as insultingly preposterous. Still, I think what I really objected to, what actually offended me, was the light tone. After RoboCop, which struck me as an appropriately sick joke about fascist tendencies in American law enforcement (still in the news!), I guess I expected Verhoeven to treat Philip K. Dick's epochal ruminations on human consciousness, thought, and identity with some gravity (cf. the similarly Dick-inspired Blade Runner) instead of turning them into a wildly overblown comic-book complete with an absurdly-ripped muscleman as the self-doubting superhero at the centre of the action. That's on me; Looking back on Total Recall after three decades, I can see it more clearly. For Verhoeven, the cartoonishness is the point. 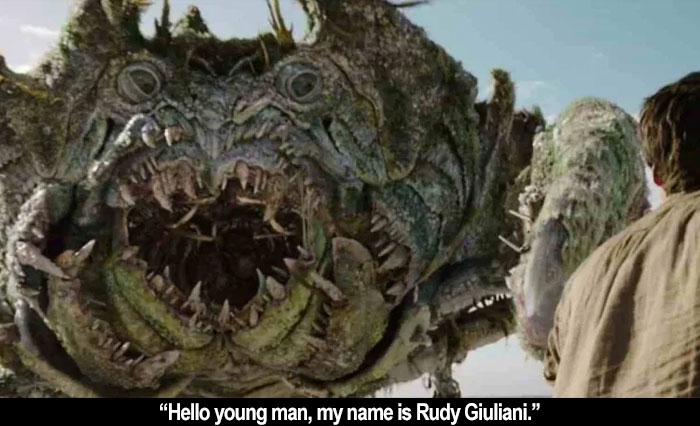 by Walter Chaw The kind of movie someone like Joe Dante might have made for Roger Corman once upon a time, Love and Monsters, Michael Matthews's follow-up to his Five Fingers for Marseilles, is a joyfully, unashamedly silly American kaiju modest in its ambitions and occasionally poignant for that modesty. In Love and Monsters, a broad (very broad) updating of L Q. Jones's deep-cut cult movie of Harlan's Ellison "A Boy and His Dog," a lovable schlub named Joel (Dylan O'Brien) is ensconced in a bunker with a handful of other survivors thanks to a plague of monsters that has obliterated 95% of the human population. It's possible to go deep on how these monsters are the result of "chemicals" raining down on the planet because emergency rockets were fired into a looming asteroid, and how if this is a quarantine allegory, its ultimate message that you should leave quarantine is unfortunately-timed, but the picture is too good-natured to deserve much opprobrium for misreading the room.