They Came from Within
****/**** Image A- Sound A Extras B
starring Paul Hampton, Joe Silver, Lynn Lowry, Barbara Steele
written and directed by David Cronenberg

by Bryant Frazer SPOILER WARNING IN EFFECT. In some sense, Shivers, a venereal horror movie that invites you to track the vectors of sexual intercourse among a group of apartment-dwellers, is a parody of a soap opera where the point is who is sleeping with whom. It's also a spit-take on those sex-ed hygiene films that try to frighten teenagers into abstinence. Set almost entirely in a Montréal apartment complex and photographed in a jaundiced palette that leans towards yellow-green, it's about the proliferation of parasites that make their way from body to body by a variety of sickening means, transforming their hosts into insatiable sex maniacs. Shivers was Cronenberg's first commercial feature, and by the director's own admission he was hardly equipped at the time to head up a production with any significant budget. And yet it's some kind of masterpiece. If it's a naive film in some respects, it benefits from naivete. The hurried, sometimes awkward mise en scène may as well be deliberate, given that it jibes so well with the film's chilly, alienating tone. Any cut corners in lighting, design, and special-effects work only enhance the generally grody feel. And there's a lot that's grody about Shivers. That's why it works so well as a chilling overture to a filmmaking career that critics have described as The Cronenberg Project, one in which the director uses film after film to explore love, sex, physical transformation, and mortality. 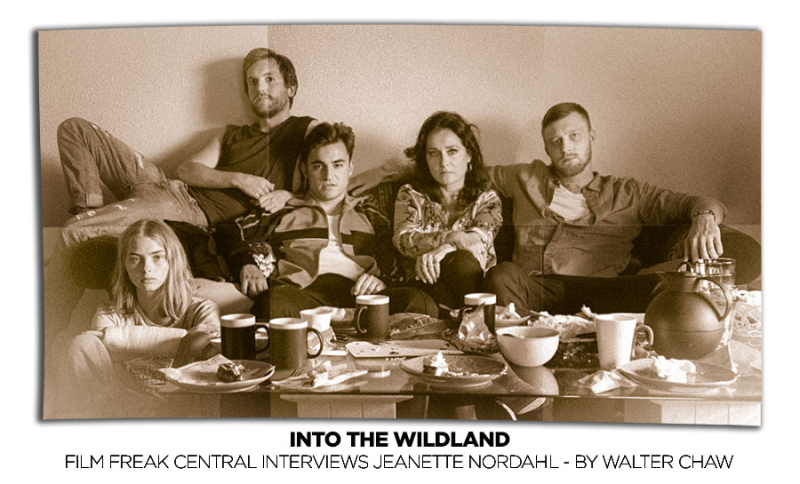 Jeanette Nordahl's Wildland (a.k.a. Kød & blod) doesn't feel like somebody's directorial debut at all. Where so many first features are packed to the gills with every idea the director's ever had for fear they'll never get another opportunity to make a movie, this one is indicated by an extraordinary reserve, a sense that for as much as made it into the film, there was more left on the table. Its connective tissue is diaphanous and reliant on the experience the viewer brings to it. Some veteran filmmakers could stand to learn from this--that an active viewership is a state to which one should aspire in art, not actively avoid. Wildland is a mature piece done by a filmmaker with a gratifying faith in both herself and her audience.