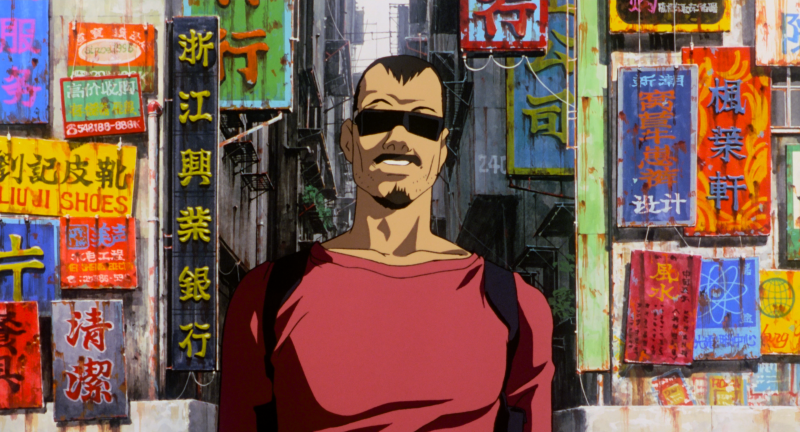 ***½/**** Image B+ Sound A- Extras B
screenplay by Kazunori Itô, based on the manga by Masamune Shirow
directed by Mamoru Oshii

by Bryant Frazer I'll get this out of the way first: the soul is the ghost and the body is the shell. The title is a reference to Arthur Koestler's book The Ghost in the Machine, which itself refers to a term coined by philosopher Gilbert Ryle to describe the duality of mind and body. The writer and illustrator Masamune Shirow borrowed and altered the phrase for his serialized 1989 manga "Mobile Armored Riot Police", which bore the subtitle "The Ghost in the Shell." I haven't read the manga, but the animated feature it inspired is positively heady with ideas. Ghost in the Shell is a cop movie about robots with human souls. It's science-fiction about the human rights of artificial intelligence. And it's a fantasy about a sexy cyborg who knows how to use a gun. It's all of those things, and it's a disquisition on human consciousness, a meditation on urban loneliness, and also, maybe, a poem about unrequited love. It's extraordinary. 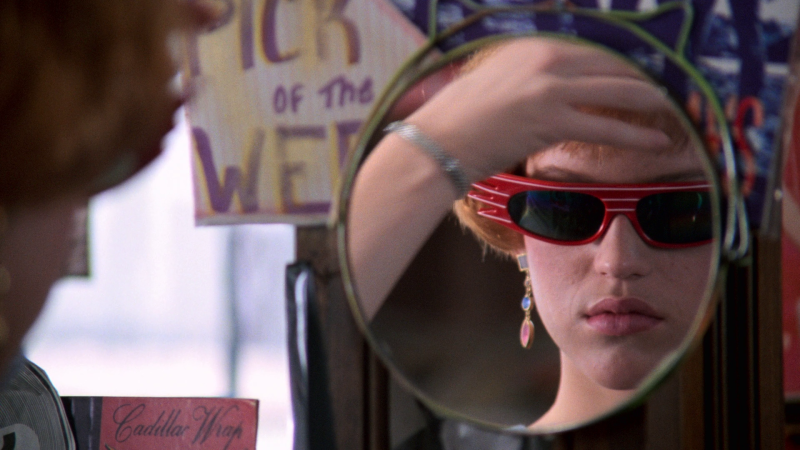 by Bill Chambers John Hughes made his mark with screenplays that had straightforward, saleable hooks. National Lampoon's Vacation is about a suburban family on a cross-country drive to a theme park. Mr. Mom is about a husband and wife switching places as the breadwinner of the family. Sixteen Candles is about a girl turning 16 whose family forgets her birthday. The Breakfast Club is about five high-school students serving detention on a Saturday. Weird Science is about a couple of geeks who Frankenstein themselves the perfect woman. But Pretty in Pink, inspired by though not based on The Psychedelic Furs' song of the same name, is an outlier in Hughes's early filmography in that it's merely an ode to his muse Molly Ringwald, its collection of feeble pretexts for shining the spotlight on her hardly constituting a premise. It's a movie that operates on the somewhat shaky assumption that Ringwald, like Anna Karina before her, is cinema, her most mundane gestures becoming iconic through the simple act of photographing them. The ultimate irony, of course, is that when Hughes transposed every non-event that happens in Pretty in Pink onto Some Kind of Wonderful a year later, it resulted in what was arguably his most high-concept project yet: the boy version of Pretty in Pink. 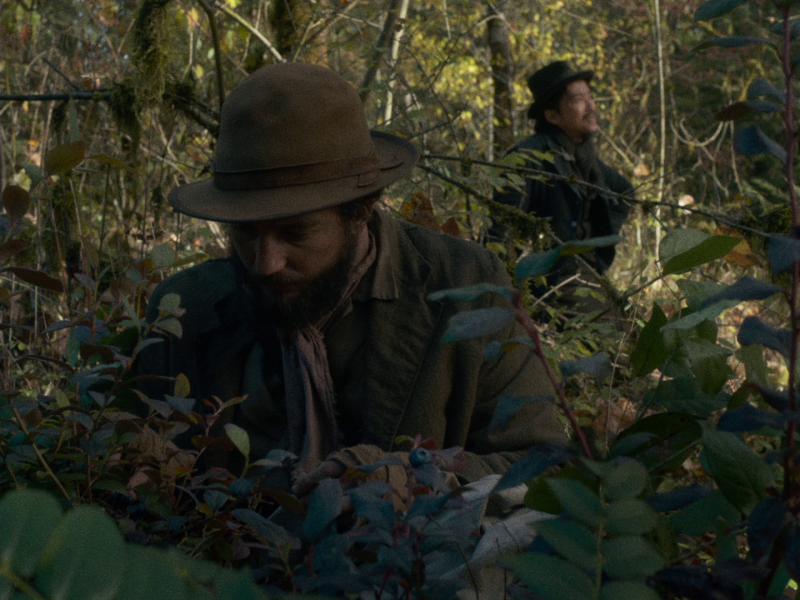 ****/**** Image A- Sound A Extras B
starring John Magaro, Orion Lee, Toby Jones, Ewen Bremner
written by Kelly Reichardt and Jon Raymond, based upon the novel The Half-Life by Raymond
directed by Kelly Reichardt

by Bryant Frazer First Cow states its subtext out loud about a third of the way in, drawing attention to the offered capitalist parable in a conversation between newly-met friends Cookie (John Magaro) and King-Lu (Orion Lee). They are walking in Oregon Country, gathering trapped squirrel carcasses as they go. "I sense opportunity here," says King-Lu. "Pretty much everywhere has been touched by now, but this is still new." Cookie responds, "Doesn't seem new to me. Seems old." And King-Lu scolds him, gently: "Everything is old if you look at it that way." What's old is new again in Kelly Reichardt's film, which draws from this early American relationship between an indentured baker and an ambitious Chinese immigrant a metaphor for the eternal working class--cash-strapped artisans struggling to establish their own stake in a national prosperity hoarded by those at the top of the pecking order. "History isn't here yet," King-Lu observes from across the two centuries distancing him from the film's audience. "It's coming, but we got here early this time. Maybe this time we can be ready for it. We can take it on our own terms."