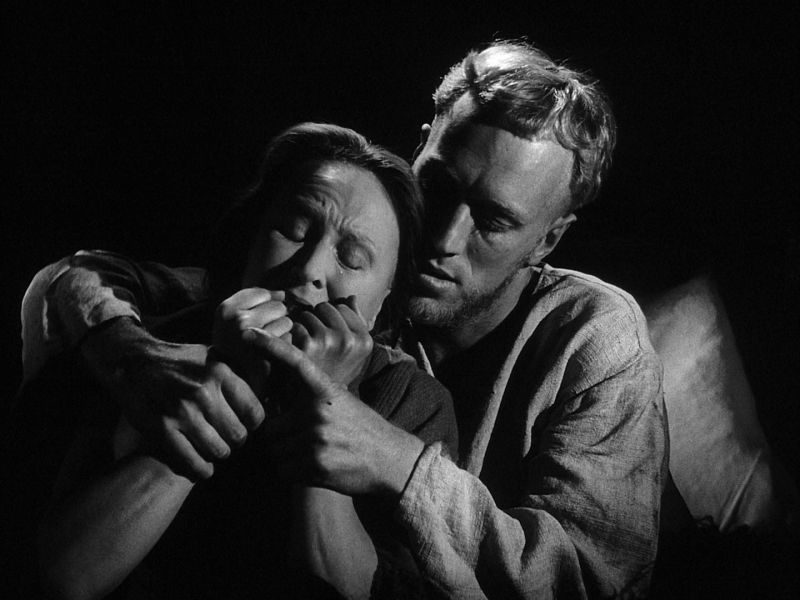 by Bryant Frazer A pivotal film in Bergman's corpus, The Virgin Spring is also perhaps the most disreputable. Borrowing the basic frame of a story from the 13th-century ballad "Töre's Daughter at Vänge," and set, to gloomy effect, during Sweden's transition from paganism to Christianity, it chronicles the brutal rape and murder of a teenaged girl carrying candles to church, her father's equally violent vengeance against the culprits, and (critically, because this is Bergman) his subsequent anguish at the silence of an apparently cruel and uncaring God. Considering the film offers what feels like a concentrated dose of the director's pet themes, it's interesting that Bergman has no writing credit on the picture. Instead, he hired the Swedish novelist Ulla Isaksson for the adaptation. Isaksson developed a colourful cast of characters and some background to bolster the material included in the ballad, but her biggest alteration was moving the miraculous appearance of the spring that gives the picture its title to the very end of the story.