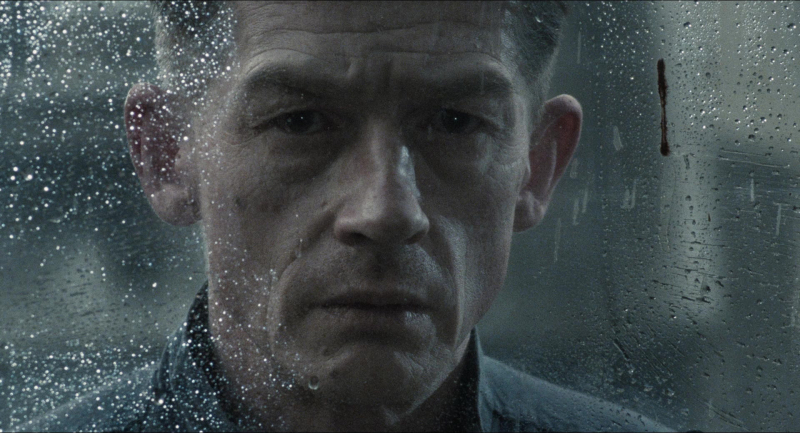 by Walter Chaw George Orwell's 1984 is a fabulously paranoid fantasy in which everything predicted has not only come to pass but proven mild in comparison. Orwell himself failed to foresee how Big Brother's intrusion into all aspects of our lives would be a privilege we happily facilitated and paid for at a premium through the acquisition of our manifold devices and subscriptions. Cameras and microphones are recording every aspect of our existence...and that's just the way we wanted it. Capitalism is the most pernicious form of authoritarianism. We are slaves to ease. 1984 is, for all intents and purposes, a plagiarism of Yevgeny Zamyatin's We, a novel written in 1923 and instantly suppressed in Zamyatin's native Russia for being ideologically undesirable. It wasn't published there until 1988 in the temporary spirit of glasnost, though copies of it had been in circulation abroad for decades. Orwell, reviewing We for TRIBUNE MAGAZINE in January of 1947, identified it as one of "the literary curiosities of this book-burning age." "This is a book to look out for when an English version appears," he wrote, and suggested that Aldous Huxley had borrowed from it extensively for A Brave New World. (For what it's worth, Huxley denied the charge vociferously and, having read We, I'd have to agree with him.) Orwell went on to criticize We for lacking political focus in favour of a more general fear of "the machine." So I like to think of 1984, written three years after this review of We, to be Orwell's attempt to correct what he identified as that work's essential flaw rather than a more cynical wholesale lift. I like to think he was driven more by the urgency of the message than by the venality of stolen valour.