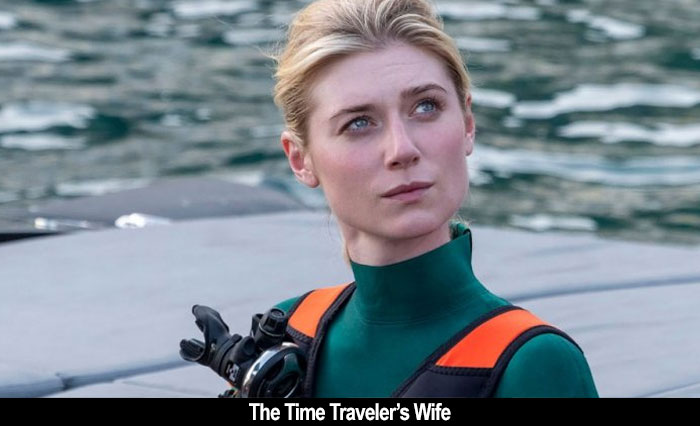 Please take every precaution if you insist on risking your health and that of others to see Tenet in a movie theatre. Wear a mask (over the nose, too, sport), practise social distancing, and don't be a dick.

Like Nolan's other pictures, Tenet is stuffed full of so many words it's a wonder there's room left for its rashers of COOL ideas--so many ideas the only way to express them all is by talking and talking and then talking some more and then a great action sequence that maybe could have, should have, in another time would have, done all the talking instead. I don't think Nolan's films have ever been funny on purpose, yet I don't know that any of his films have ever been this funny on accident. Consider a scene where our hero, The Protagonist (John David Washington), is frisked by the henchman of Russian gunrunner Sergei (Kenneth Branagh, because of course it is) and says, "Whoa! Where I come from, you buy me dinner first!" This line is awful and, worse than awful, it has cobwebs on it. Did Nolan put it in here because he's establishing The Protagonist as exceptionally uncool and maybe a bit stupid? Or did he put it in here because he's trying to lighten the mood? I got it: it's there because The Protagonist is pretending not to be cool. After all, he's undercover in this scene, and when a cool guy pretends to be not cool, it's like Superman putting on glasses.  Oh, Christopher Nolan movies, always so much to untangle.

The Protagonist is never referred to by name and is indeed credited as "The Protagonist" in the closing titles. There are unnamed protagonists in the history of film, of course. I think of Joan Fontaine in Rebecca first, though Nolan is thinking of...no, not Ryan Gosling in Drive--probably Edward Norton in Fight Club. (For the record, Fight Club is great despite the way it's been hijacked by the worst people on the planet. Like Nolan, for that matter, who attracts trolls like billy goats.) Fight Club is a puzzle with a solution; Tenet is a lot of stuff that happens. The Protagonist is unnamed in Tenet not for any purpose, I suspect, but rather because it's thinkbait: a puzzle in the way an onion is a puzzle. Fans of Nolan will note how Tenet plays like a greatest-hits compilation of Nolan-isms, not unlike North by Northwest for Hitchcock, or any novel by Stephen King after, shit, I don't know--doesn't he mention 'Salem's Lot in Pet Sematary? Tenet is Shrek for Snyder Cut fanboys, delivering addictive packets of dopamine with every reference trainspotted. A list would usually follow, but therein lies most of the fun. Sufficed to say the more Nolan films you've seen, the more you will have to divert yourself with while the movie takes a break from trying to explain its premise again to justify a series of heists for unobtanium MacGuffins.

Remo Williams-like, The Protagonist "dies" after a "bust" gone bad to be reborn as an agent in a super-secret whatchamadoo engaged in the thwarting of future people using future technology to, um, future us to death. Will futuring us to death in our present not negate future people? Well, it hasn't yet, idiot. Do try to pay attention. The Protagonist is aided by mysterious and handsome Neil (Robert Pattinson, an actor who attracts meme-makers like Nolan attracts trolls) and falls in love with urbane and tall art dealer Kat (Elizabeth Debicki). Debicki, who I just saw in this role in The Burnt Orange Heresy, a better film mainly because Mick Jagger plays an art dealer in it. Wait, is Neil an art dealer or an arms dealer? What's going on with the Goya sketch that's a forgery? This reminds me of the fake Leonardo Da Vinci horse sculpture in Hudson Hawk, the real version of which has hidden in its belly one part of a thing that makes gold. The Protagonist and Neil drone on endlessly about tracking down "inverted" objects, i.e., objects from the future that are moving backwards through time. Nine of them have been hidden from the future in the past, and is it still a spoiler if it's Hudson Hawk? My favourite part of Tenet comes about ninety minutes in--which is about halfway through but the entire length of a normal movie--where a completely new and ancillary character volunteers reams of techno-babble exposition. My favourite because it's hilarious to me that a couple of years after "Rick & Morty" destroyed Inception, Nolan is still doing Inception-osition, which is like gaslighting except instead of making you think you're crazy, it makes you think you're not getting something that isn't there to get.

Anyway, halfway through this movie, The Protagonist goes through a portal into Backwardslandia, the same place I used to go to as a child when I wanted to be really fucking annoying. Everything I say is backwards, Mom! Look at me walking backwards in my pants that I put on backwards. To say the hundreds of millions spent in making everything go backwards is maybe not the best use of money I've seen is an understatement, but here's the rub: I liked Tenet. I liked it more than Inception, a film that is also a lot of blather interrupted by some pretty keen action sequences, mainly because Tenet is so aggressively cornball it's impossible to dislike it. It's not an edge-of-your-seat epic, but a seat-of-his-pants muddle where The Protagonist says, upon waking up in a tinfoil cocoon after burning to death from freezing solid, "Haha! At this point nothing surprises me!" Yeah, me, neither, Denzel Washington's son! And because there are no rules, you can either try to figure out the rules that aren't there so as to convince yourself this is some sort of masterpiece, or you can go with its throwback vibe to studio blockbusters that cheerfully did not give a shit. It's James Cameron's True Lies without the grotesque misogyny; Remo Williams: The Adventure Begins without the yellowface. And, look, I already like those movies. Tenet, in other words, is precisely the kind of garbage I dig. It's got the confidence of something that says stuff like, "It's a paradox! There is no answer!" and thinks it's being cleverly self-referential instead of a prat. Tenet feels like the exact moment I realized Chris Martin wasn't a poet, that when he sang something like, "Look at the sun/it's yellow," he was merely saying exactly what he was seeing. Joke's on you, Nolan, Tenet's obtuseness is what's so clever about it. This year has been terrible; we deserve Cotton-Headed Ninny-Muggins the Movie for several hours of expensive diversion. You know, just don't see it in a theatre unless you live in a functional country.