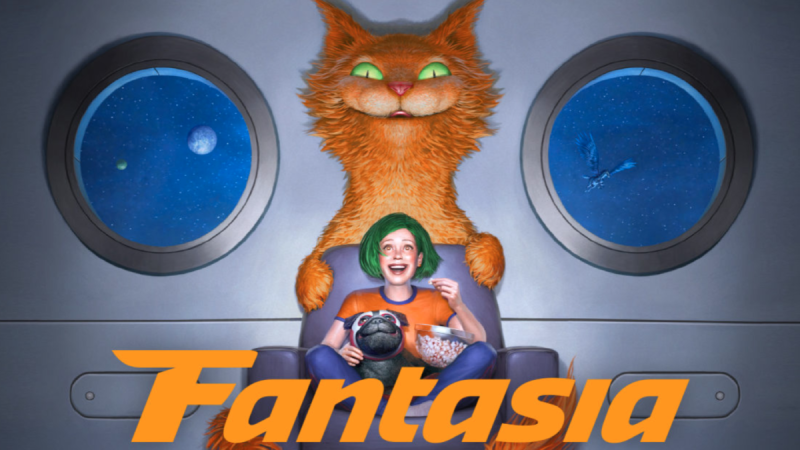 by Walter Chaw I don't have a lot to add about how exceptional Montreal's Fantasia International Film Festival is or what a shame it is not to be able to have it in person this year. I don't know that there's a lot I can add to any conversation right now. I do have something to say, I guess, about how much film festivals have meant to me over the last few years as I deal with sometimes-crippling depression--about how just being in rarefied air among friends and colleagues who only know me as a film critic means...something. It represents a possible present where I don't have regrets and resentments, though, in fairness, I don't have either of those things much anymore. Time has worn me out and down, grooves in me where the needle skips.

Festivals are, well, and here come the ellipses again.

When I reached out to Fantasia Fest this year, asking for accreditation, the response from their ace publicist Kaila was a warm, "It would be an honour for you to cover us." I hadn't, in the course of a 20+-year career doing this, ever heard that from a publicist. It meant a lot. Movies are painkillers and palliative care. That's why I reached out, I think: despite not knowing if I had it in me to cover another fest, I was cognizant of the fact that maybe there was a life-preserver in the attempt. Proof of life in the act of asking.

The news is almost all bad, so of course horror movies have taken on the umbra of responsibility: our crier in the village square, our nightingale singing to Ruth, lost in alien corn. Science-fiction can sometimes speak to the best things in us. Genre is high art. Everything else is bootlick and grovel. Fantasia Fest is alive in a field of things dead and dying. I'm brushing the dust off my shoes.

That's all. Let's watch some movies.