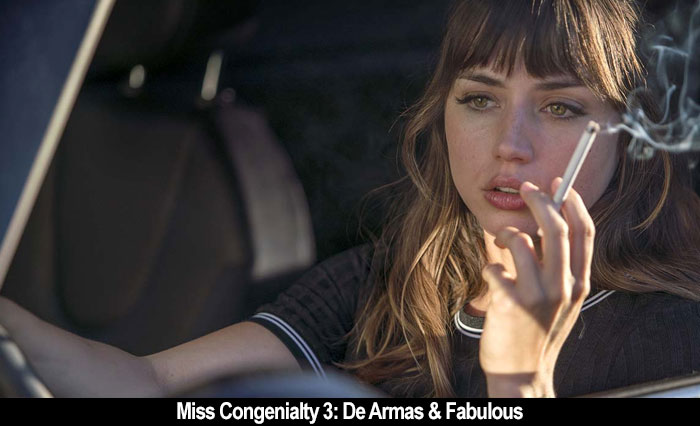 by Walter Chaw Asking the never-asked question of whether Rain Man would fly in 2020, Michael Cristofer's excrescent The Night Clerk answers with a fairly-resounding, "It would not." The Night Clerk also asks if a "Rain Man + Sliver" mash-up is a good idea (it isn't) and if it's time, finally, for a redux of Mercury Rising (no again). Still, it does provide Helen Hunt her best role in ages despite seeming to confirm that a great cast giving it their all can't salvage a high-concept this retrograde and gleefully offensive. Tye Sheridan plays superhero-named Bart Bromley, the night clerk at a two-star hotel who, he tells anyone who will listen, has Asperger's Syndrome--which in this iteration means he's a collection of twitches and vocal affectations. Pair Bart with Edward Norton's Tourette's-afflicted hero from Motherless Brooklyn for an almost-deadly megadose of ACTING. To get better at mimicking "normal" human interaction, Bart has placed various spy cameras in a guest's room. It's not a sex crime; it's a kid with some social issues addressing his disadvantage. Really, it's inspirational if you think about it.

I wonder if somewhere at the headwaters of The Night Clerk Cristofer found himself daydreaming about what it would be like if Norman Bates were a lot more autistic and then, instead of killing Marion, happened to see her...never mind, that's stupid. Bart witnesses a woman's murder through his digital peepholes, but because he disturbs the crime scene for some reason, he earns the attention of Det. Johnny Aspada (John Leguizamo). Bart's mom (Hunt) runs defense, while a Mysterious Woman™, Andrea (Ana de Armas), shows up as a long-term guest one day and starts putting the moves on our not-suave hero. This immediately raises the suspicion of mom, of course, but not of Bart, whom everyone takes great pains to identify as very smart though apparently not very-smart enough to understand that when someone who looks like Ana de Armas is coming on to you, something's probably up. Blame his condition, I suppose. The film tries to justify it as "Andrea has a dead brother who was autistic," yet I'm not sure how that's supposed to explain why she wants to fuck Bart. Maybe it does, I don't know, I'm not Captain Morality here.

If any of this strikes you as uncomfortable in a bad way, I'm pleased to report that your instincts are correct. One way to approach The Night Clerk is as the story of not Bart but Andrea, stuck in an abusive relationship wherein she's forced to do things that are against her nature--albeit not so much against her nature that she doesn't do them. De Armas is so superior to this material that I felt sorry and embarrassed for her having to perform it. She gives Andrea a level of depth and conflict not otherwise supported by a film that seems at every moment to be more interested in exploiting Bart's Asperger's for mild situational comedy and then mild suspense-movie contrivances. Of particular offense is a whimsical montage where Bart gets snazzied-up and proceeds to offend salespeople and freak out barbers. The bar for how Asperger's is portrayed in popular culture appears to have been set by either Cassandra Cain in the comics or Judah Mannowdog on "Bojack Horseman". Both are valued, ultimately, for their difference rather than in spite of it. By the end of The Night Clerk, Bart is... What is Bart? Andrea says, "Oh, what did you do, Bart? What did you do?" and it's not entirely clear what he did, or why, only that he remains an enigma useful mainly as a muddy cautionary tale about underestimating people with disabilities. Not the worst message, as patronizing drivel goes, but one hamstrung by the clumsy machinations of the film itself. Yeah, The Night Clerk is awful.