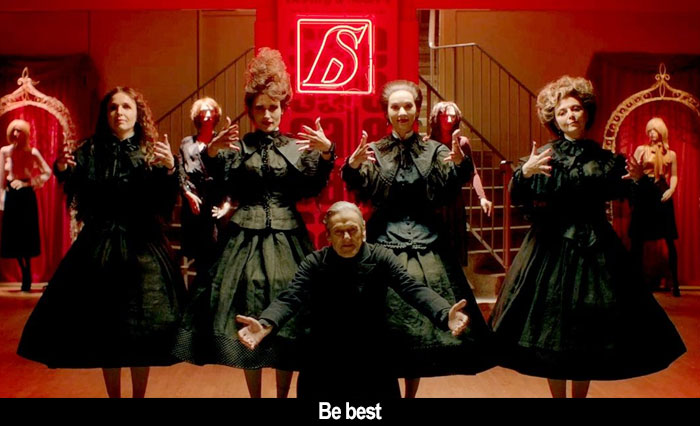 by Walter Chaw Peter Strickland's In Fabric is more Luca Guadagnino than Mario Bava, but there's connective tissue enough in both to ascribe a specific parentage. It understands that element of giallo that equates surface glamour, a certain luxurious hedonism, with various forms of infernal consumption. There's a culinary maxim about how you eat with your eyes first (and there's a correlation between eating and sex, of course), so the first way to read In Fabric is to say that it's a beautiful film, truly rapturous at times, to the point of being almost tactile. It reminded me in that way of the great Kim Jee-woon film A Tale of Two Sisters, which was so interested in colours and textures that you could almost feel them in the back of your eyes. Another way to look at In Fabric is as a spoof, a comedy that's consistently amusing and often hilarious, that takes as its central object of scorn the idea and practice of Capitalism as it's metastasized into a potentially world-ending cancer. Possibly the best way to read In Fabric, though, is as a continuation of the themes advanced by Gadagnino's Suspiria: women as unimaginably powerful and, for that, terrifying and essentially unknowable to the men who would try to destroy them. 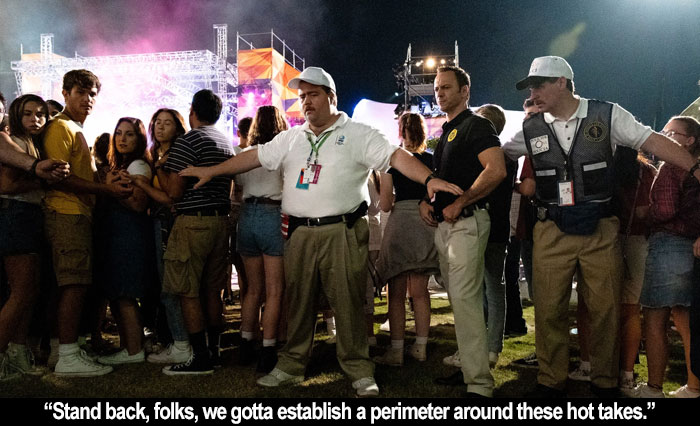 by Angelo Muredda You'd be hard-pressed to think of a more fateful intersection between director and biographical subject than Clint Eastwood's Richard Jewell, which crystallizes the venerable American filmmaker's aesthetic and thematic interests of late. The infamous minimalist and chair-scolder--hyped to godly proportions in some corners of Film Twitter for his cool efficiency, scorned as a conservative propagandist by others--has been charged since the film's AFI Fest debut last month with cranking out ill-timed "Trumpian talking points" about the FBI and smearing a journalist's good name after her death. While some of the callouts are fairer than others, the uproar has distracted from the quiet dignity and formal strangeness of the work, which deepens Eastwood's recent interest in unlikely American newsmakers with asterisks beside their names and their acts of heroism by grounding itself in the awkward humanity of an even less immediately palatable figure than the inarticulate, gelato-eating Euro travellers who saved lives in The 15:17 to Paris. 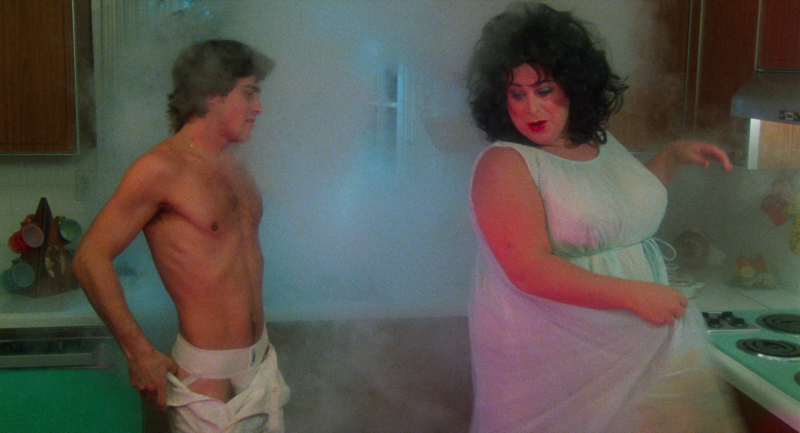 by Bryant Frazer For anyone who kept up with John Waters's gleeful forays into poor taste during the 1970s, Polyester, released at the dawn of the Reagan era, must have seemed like a change-up. It was hardly a big-budget affair, but it felt posher than the earlier, low-budget features that earned him his (dis)reputation. Those movies were filmed on grungier 16mm in the belly of Waters's Baltimore hometown, but Polyester was shot on 35mm and set in the suburbs. Famed actor-in-drag Divine was once again in front of the camera, but instead of the usual outsider role, he was playing squarely against type as neglected housewife Francine Fishpaw--and sharing star billing with 1950s/'60s heartthrob Tab Hunter. Waters introduces Francine by having his camera glide into the Fishpaws' home and up the stairs (the director's first-ever Steadicam shot) to find her dressed only in bra and girdle, bathed in a golden-hour glow, as Hunter croons lines from the title tune (lyrics by Debbie Harry): "You know about abundant women/Well, this girl only aims to please/Outside there's a load of noisy neighbours/Upstairs there's a Polyester squeeze." 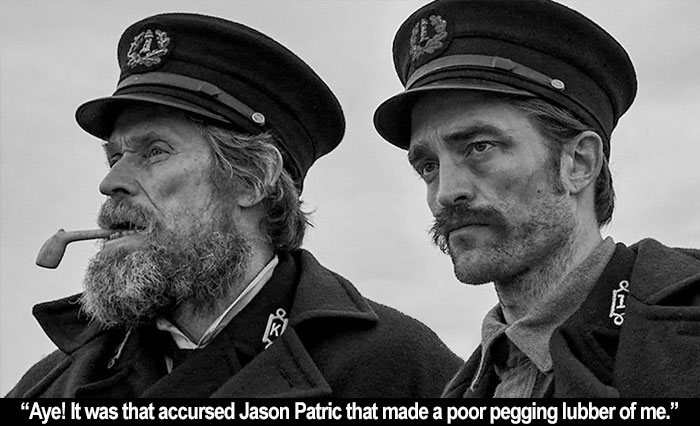 by Walter Chaw There is a suggestion in Alma Har'el's haunted, raw Honey Boy that the only knowledge forbidden in the United States is that of the self. The picture aligns in that way with Robert Eggers's similarly haunted The Lighthouse; both films deal in a sense with the sins of the fathers becoming the secret trauma of the sons. They diverge, though, not in the process of peeling away layers and layers of sedimentary fragments the everymen of these dramas have shored against their ruins, but in what they discover at the end of their excavations. To my depressed hope, the final image of The Lighthouse, which promises this cycle of suffering is evergreen, ever-returning, and inevitable, sounds something like the truth. At the other pole is Honey Boy, which, in the course of one of its fantasy sequences, offers, of all things, reconciliation. It says that there's hope at the end of all the suffering, that the map actually leads to buried treasure and not just the skeletons of the things left to guard it (their ranks are full but they're always recruiting). I'm not sure I'm compelled by the case it's trying to make, particularly as this story has more to tell, but there's a power to its piquant grace and love and acceptance.