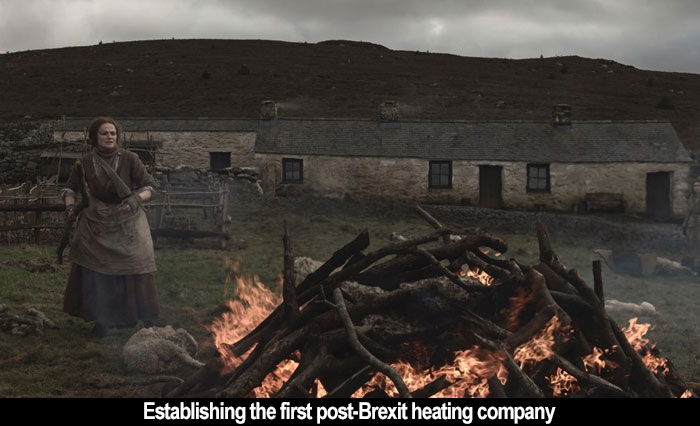 by Alice Stoehr The place is Wales. The time is the past. The subject is a penniless family of three. Mancunian actress Maxine Peake plays the sallow, unsmiling mother of two girls: little Mari (Jodie Innes) and teenage Gwen (Eleanor Worthington-Cox). They live in a ramshackle farmhouse amid mossy boulders and fields of emerald grass. The sky tends to be thickly overcast; particles of soot get everywhere. Wind rasps the valley and pervades the sound design by Anna Bertmark, whose credits include You Were Never Really Here. The soundscape is much like that of Béla Tarr's The Turin Horse, another film about rural privation on an uncaring earth. Snow falls, thunder cracks, and the family's meagre assets dwindle. This is the starting point for Gwen, William McGregor's flinty debut feature. McGregor started in British television, with shows like "Misfits" and the period drama "Poldark", on both of which he collaborated with Gwen's cinematographer Adam Etherington. The two of them put tremendous discipline into the film's style, shooting across the Welsh countryside in early winter. They apply a rich visual lexicon to this desolate space: focus pulls, slow pans and zooms, reflections in sullied glass. Due to the era's lack of electricity, they favour backlighting, with pale sun penetrating the house's gloom. Night scenes rely on the unsteady and audible flames of candles or torches. It's a world of fog and fire and dirt. 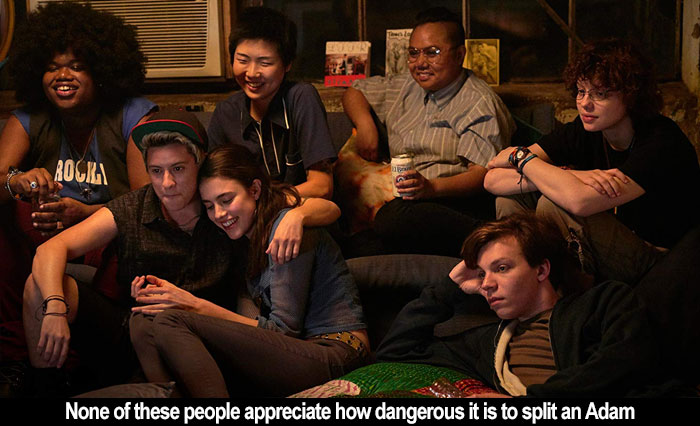 by Alice Stoehr The first five minutes of Adam offer a concise sketch of its title character. He's an unsuave 17-year-old from a Bay Area suburb; his parents fret over his social life; and he's spending summer 2006 in a closet at his lesbian sister's Bushwick apartment. Screenwriter Ariel Schrag condenses the first 40 pages of her 2014 novel into this prologue, after which the credits accompany Adam's first cab ride through Brooklyn. A montage of murals and graffiti flashes past. Nicholas Alexander plays Adam, his hair floppy, his expression glazed, as a vessel ready to be kiln-fired and filled. (He looks a little like Ice Storm-era Tobey Maguire.) He's the star of this bildungsroman about a young man's initiation into the LGBT community and the glaring fact of his own cisness.