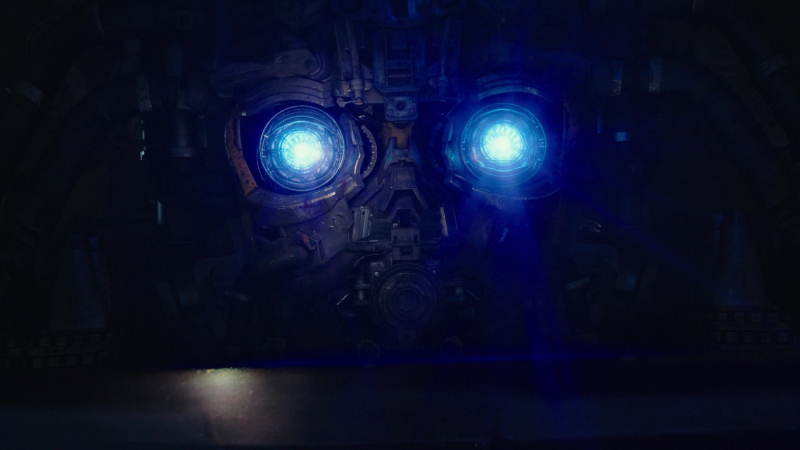 by Walter Chaw Travis Knight's Bumblebee is a tone-perfect amalgamation of The Love Bug and The Iron Giant. It is, in other words, both a throwback summer programmer (perhaps mistakenly released during the Christmas season) and a sophisticated parable about coming of age in a divided America. It casts Hailee Steinfeld as Charlie, a gearhead who loves her car more than she's interested in fielding the advances of the awkward neighbour kid pining after her. And then it has her dealing with the loss of a parent as she finds her way through an already-difficult period in a young person's development. It wisely hires Knight, who at Laika Studios produced the unexpectedly sensitive and introspective ParaNorman and Kubo and the Two Strings (the latter of which he directed), and screenwriter Christina Hodson (the woman entrusted with upcoming films about Harley Quinn and Batgirl), with uncredited contributions from Kelly Fremon Craig, writer-director of the sensitive The Edge of Seventeen, which also starred Steinfeld. In placing gifted, effortlessly diverse people before and behind the camera and then watching as the lingering hostility around the misogynistic, racist, xenophobic Michael Bay cock operas that have made the Transformers franchise to this point disgusting and toxic just melt away, Bumblebee becomes a prototype for the modern reboot. It's amazing how the right choices among topline talent make all the work of not only avoiding offense, but also providing uplift, seem a magical side-effect rather than some laborious and arcane undertaking. (It's the difference, for instance, between Wonder Woman and Captain Marvel.) Knight's Bumblebee is the Transformers franchise as it should have been from the start: on the one hand a nostalgic, sometimes exciting, often hilarious story about the coming to earth of sentient machines engaged in perpetual war who can camouflage themselves as terrestrial vehicles and appliances--and on the other, a clever parable about how the toys (and cars) we grow up with sometimes provide the guardrails for how we view accountability as we get older. By the end of Bumblebee, the girl and her 'bot arrive at the mature--and, more importantly, healthy--decision to move on from each other. Another franchise after The Last Jedi making the daring suggestion that living in the past is death.