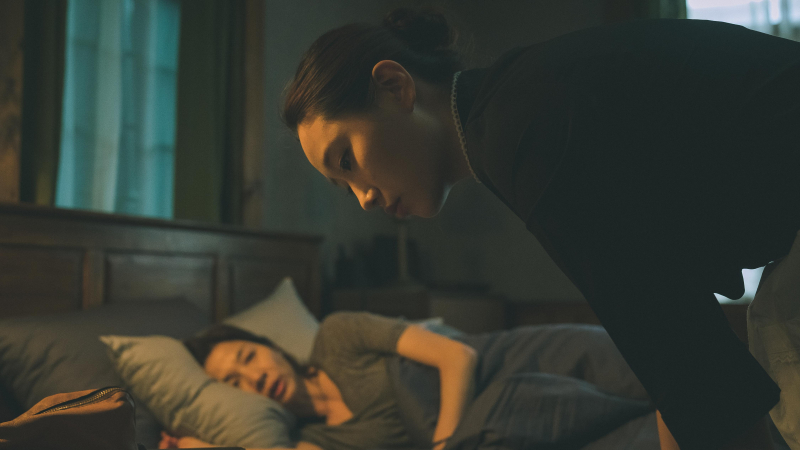 A film about crossroads, then, A French Woman is more a reverie about things that could have been, aligning itself in this way with something Kieslowski might have done (and did do after a fashion with The Double Life of Veronique). Mira, it seems, used to be involved in the arts, and her old buddies whom she left behind are still playing out their slotted roles as prototypical narcissistic creative types. Was it a mistake to chase a life for the sake of security? This is Kim's fourth feature. Her previous film, Snow Paths, had similar questions about, well, paths, especially the ones people choose over others during the long journeys of their lives. A French Woman even reaches similar conclusions about the preferability of winding paths: you may twist through bramble at times but they can also lead to secret places and tranquil clearings. I think Robert Frost talks about this sort of thing, too. The problem with A French Woman is that if one must approach something so well-trod, it needs to be special just to distinguish itself. As it is, we get it almost immediately, and so the rest is time spent wishing we'd chosen a different conversation to have.