Hot Docs '19: On the Inside of a Military Dictatorship 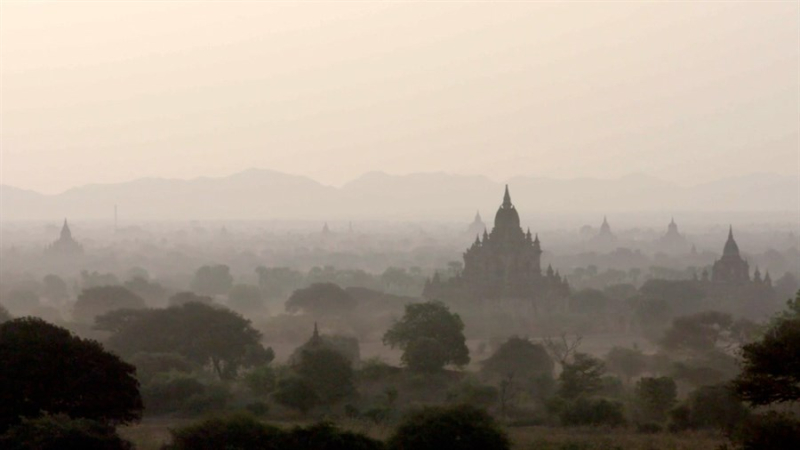 by Bill Chambers It's telling that the reality of Myanmar as a kind of Hell on Earth has subverted Hollywood's couple attempts to set a white-saviour narrative there (John Boorman's Beyond Rangoon and Sylvester Stallone's Rambo), and Karen Stokkendal Poulsen's illuminating On the Inside of a Military Dictatorship shows how hopeful roads out of that Hell have come to dead ends. On the surface a pro forma mix of talking heads, archival footage, and a little bit of scenic tourism, the piece distinguishes itself with its high-profile interview subjects and a structure that gives certain ironies their due for those only passingly familiar with the country's history. (Like me.) From 1962 until 2011, the once and future Burma was under military rule, having violently resisted a brief democratic uprising in the late-'80s led by Aung San Suu Kyi, who was subsequently imprisoned in her home for close to two decades. But with strict sanctions placed on all its prominent generals in the U.S. and Europe, the military decided to rehabilitate their international reputation by rebranding the government a democracy.

To hear first civilian president Thein Sein tell it, it really was that cynical: a handful of self-declared representatives strode into parliament having traded their service uniforms for white linen duds. The truth was that Myanmar's leaders had depleted the country's resources and were in desperate need of Western aid, though they did release 28,000 political prisoners for good measure (former Navy commander Soe Thane urges the offscreen translator to boast to Poulsen that this was his idea, moments before a deadpan cut to Sein sees him taking credit for it as well)--including Aung San Suu Kyi, who fully intended to hold them to their ruse. A charismatic woman of evident resolve (she has "the osa" in Burmese lore), Suu Kyi struck fear in the men who would oppose her, so much so that they devised a constitutional amendment to prevent her--that is, her specifically, by name--from ever becoming president. Her party, the National League for Democracy (NLD), steadily gained the majority rule, and in 2016, she really checkmated her detractors by finding a way to circumvent that amendment and getting appointed State Counselor--a previously nonexistent title that granted her more authority than the president. Unfortunately, they responded as men who feel emasculated respond to things: with terror, assassinating the lawyer who helped her make this end-run around the constitution.

The movie's stance, which might be a controversially sympathetic one, is that this was a warning shot, and that Suu Kyi is now a powerless figurehead, helpless to stop, let alone denounce, the military's ethnic cleansing of Rohingya Muslims, for fear of invoking their wrath again. (Poulsen excerpts from news reports that not so subtly shame Suu Kyi for whitewashing genocide by emphasizing her 1991 Nobel Peace Prize.) A question I had is whether Suu Kyi offers no justification for her recent actions in her interview with Poulsen because she wasn't asked or because it was cut out. There's no doubt, however, that she's watching her words more carefully than many of the retired generals we meet, who cop the humblebraggy attitude of the gangsters in Joshua Oppenheimer's Indonesian death-squad documentaries The Act of Killing and The Look of Silence. On the Inside of a Military Dictatorship is obviously pertinent to the current dialogue concerning outspoken women in politics (and the death grip of political dinosaurs during transfers of power), although the film leaves us to draw any parallels for ourselves rather than reduce an Eastern quagmire to its Western relevance, or be defeatist about another woman's prospects of taming the patriarchy. When Twitter's hipster CEO Jack Dorsey tweeted about his "meditation vacation" to Myanmar last year, revealing either total ignorance of the country's ongoing human rights violations or a complete lack of interest in them (which is worse?), he proved that movies like this are a necessity and a public service to balance the discourse against the disinformation coming from our social-media overlords. If On the Inside of a Military Dictatorship is more entertaining than I assumed it would be, it's not for any glibness in approach (though the filmmakers perhaps submit to fatigue with Burma's mercurial politics in the rushed-feeling homestretch), but because it's such a dynamic storyteller. Programme: International Spectrum