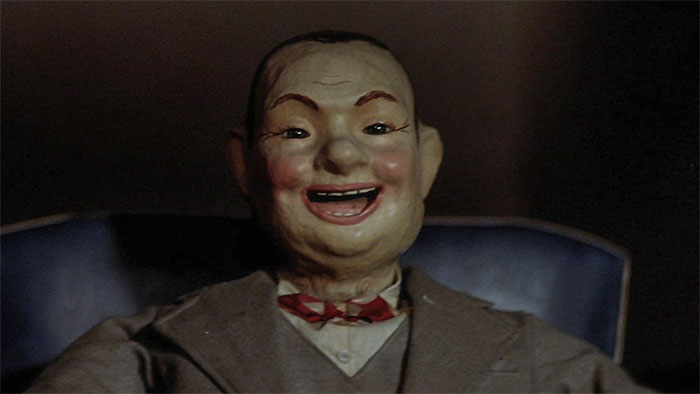 by Walter Chaw Summer seems to be lasting longer, the weather in general is more severe. If the '80s were about apocalyptic fears around the proliferation of atomic weapons and an unstable President, the '10s are about those same fears multiplied by the corporatized destruction of the planet and, in a stealthy sort of way, the rise of the genuinely ignorant as the arbiters of culture and government. When George W. was President, I was interested in the defense that he seemed like the drunk uncle you'd have at a backyard BBQ. He didn't read much, trumpeted his "C" average in school, made up words, started a war because someone was mean to his daddy. Idiots found him relatable and non-threatening; "Conservative Party" developed a more literal definition. I liked to suggest the President be someone who read more than you, did things you couldn't do, was actually smart and not Fredo-smaht!. The only thing this thirtysomething percent of Americans who still think Trump is great--either cynically and opportunistically, or because they're really just stupider than fuck--were ever right about is that their elected leader is the ultimate "trigger" for people who are their betters. Like psychopathic juvies tormenting their unit nurse, they think it's worth it to distress them. It feels good and new, and as the fires grow higher, so, too, does their ardour for their golden calf.

When Trump was elected, I suggested we were at the dawn of a golden age for horror films. If you trace the history of them and when they reach peaks in various cultures, it's possible to draw parallels to particularly bad times for those places. This will mark the third time, after the '30s and the '70s, that this trend has located itself in the United States. But it's not just the States producing great product, it's the rest of the world as this dim tide of white supremacy, nationalism, and greed sweeps through Europe and grows again in the nuclear threat in Asia and the totalitarian puppet-mastering of Russia. This mutual admiration society of morono-fascist plutocrats (Trump, Putin, Kim), and all the little dictators they openly admire, is a circle-jerk of mutually-assured destruction.

Horror, for its part, has always been this place where the fears of a society first find expression--and where society's oppressed found voice. When we look back on this period, we'll see the story of our despair told in shadow on these cave walls.

You'll note that over the last few months, we've covered Fantasia Fest, FrightFest (Telluride and TIFF in between), and now the Brooklyn Horror Film Festival, which is entering its third year--its first partnered with the doing-God's-work Nighthawk Theater. Unable to attend in person, we requested remote access and, true to form of most genre festivals, they generously obliged. As we wrap up our other coverage this season, we'll be weaving through selections from this young fest--not of titles that will enjoy broad release and visibility (the Halloween and Suspiria reboots, most notably), but of titles that likely won't and are in danger of getting lost in the VOD shuffle. It's said about the '70s that it's a deep well of masterpieces: just reach your hand in and you'll pull something out. Horror is like this right now and it's our honour to be testament to the gospel.

Our coverage starts October 11. I hope you'll join us.