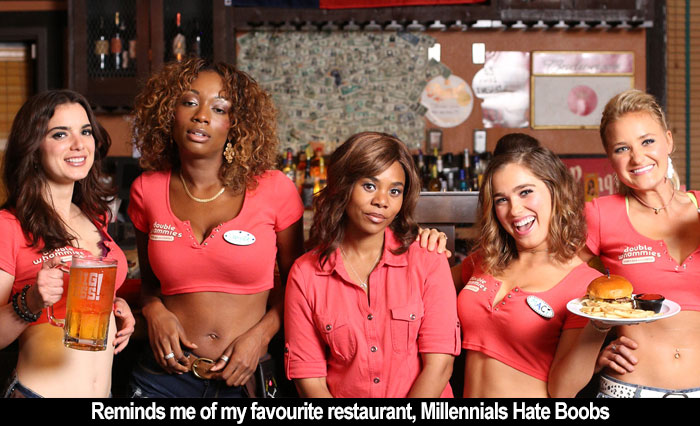 by Angelo Muredda A relaxed, low-stakes counterpart of sorts to Boots Riley's more amped-up Sorry To Bother You, Andrew Bujalski's Support the Girls is about as good as movies about labour, power, and empathy for one's fellow worker get. The marketing materials have emphasized the ostensible hijinks wrought by the film's Hooters knockoff setting, pitching Support the Girls as a more conventionally satisfying ensemble comedy than the rambling micro-budget indies with which Bujalski made his mark--a natural next step, after Results, in his post-Computer Chess evolution into the mid-budget range. Its uncharacteristically glossier colour palette and hooky premise aside, though, Support the Girls is a refreshingly rumpled affair that's squarely in the Bujalski tradition, more than earning its cathartic closing moments of a trio of exploited bar workers' collective rooftop scream into the abyss by taking every opportunity available to be the anti-Garden State: a film that prizes character over manufactured quirk and genuine workaday ennui over dopey existentialism.

That's thanks in no small part to Bujalski's symbiotic relationship with the unfailingly real Regina Hall, who radiates tired competence as the film's central (though not solitary) lead, a vector alongside which his camera makes its way through the break rooms and food-prep stations that comprise this slightly substandard American restaurant--the kind you don't want to get a good look at during the day. Despite a vulnerable opening scene that sees her crying in her car on her way into the opening shift, Hall is channeling a very different sort of guru than in Girls Trip as Lisa, an overtaxed, all-knowing manager at a Texas restaurant and dive bar named Double Whammies, which only seems to operate, inasmuch as it does operate, on the strength of the very employees upper management sees as expendable. Lisa starts her day interviewing prospective hostesses and running a vaguely embarrassing car-wash fundraiser (hence the title) and ends it in what's apparently just the latest in a series of disputes with owner Cubby (James Le Gros), his bottom dollar-ethos clashing with her sense that this place might owe something more to the people in their employ.

The film initially offers a digressive slice-of-life portrait of the daily grind of a so-called "unskilled labourer," a series of stressful comic vignettes about what it takes to keep a leaky ship like Double Whammies afloat. Bujalski and Hall thrive in this mode, finding pathos in throwaway moments like Lisa's efforts to humanely discipline a subordinate, who is both attempting to flatter her and telling the truth when he says she's generous every day, or her brief communion with a bird in the parking lot. Yet Support the Girls becomes more evocative and, to go back to that word, more generous to nimble and comically gifted cast members, such as Junglepussy's Danyelle and Haley Lu Richardson's Maci, Lisa's coworkers, as it shifts into a more proper ensemble movie. It reveals itself as not just a character sketch but a more multifaceted, if still modest, essay on the different forms of solidarity that often spring up out of necessity in workplaces built on exploitation--between women workers of colour in a business that is openly hostile towards them, as well as between women in an industry that commodifies their bodies.

Growing truer to the multivalent meanings of its title as it unfolds, the film's structure loosens to reveal something more impressionistic as it becomes less tethered to Lisa's day. Bujalski successfully gambles with the possible loss of momentum that might follow in fading out from Lisa at the end of her shift a little over halfway through the film to a new chapter at the bar that pits Danyelle, belatedly coming into her own managerial potential now that Lisa is gone, against Cubby. The effect is of a shaggy but thematically dense short-story cycle about the ambivalent place managers occupy in the institutional hierarchy of such bars, particularly as women of colour in tension with the workers below them (sometimes friends, sometimes stray cats to wrangle), as well as aggressive white patrons and bumbling white owners above them. This dynamic pays off in a humane and funny coda that sees all three women angling for new jobs in a grim, narrow hallway at a more corporately savvy Double Whammies alternative. There's no grandstanding in this depiction of yet another shabby institutional space, more Kafkaesque than the last--no rush to make sweeping proclamations about the cyclical nature of toxic employment today, or about the way PR doublespeak sanitizes sex even as it packages it. The richness of the text simply comes through in the tender, minutely observed interactions of three well-drawn characters who, as working-class people with terminal jobs do, find themselves stuck on the same shitty roof overlooking the same shitty parking lot--but at least in each other's company.