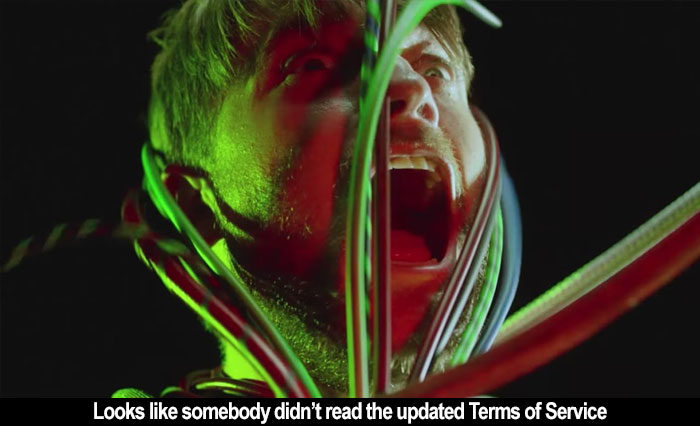 by Alice Stoehr SPOILER WARNING IN EFFECT. Arcade games, with their bulky cabinets and rudimentary controls, are dinosaurs in the world of gaming. They recall a bygone era when you had to play in public, quarter by quarter, instead of on a console in the comfort of your home. They've become outmoded, yet the passage of time has also imbued them with a primordial mystique. As the object of nostalgia, they're imposing, antique, sometimes faintly sinister. Writer-director Graham Skipper banks on these qualities in Sequence Break, premiering this week on the streaming service Shudder. The film stars Chase Williamson as Oz, a repairman toiling away in a garage full of old stand-up games. One night while sipping beer in a dive bar, he meets free spirit Tess (Fabianne Therese), and the two soon fall in love. But an unusual game in the corner of his workshop threatens to derail their courtship as it enfolds them in its eldritch aura.

That logline alone gets across much of the movie, which divides its 80 minutes between the couple's bland romance and Oz's game-induced hallucinations. Character actress Audrey Wasilewski pops up a couple times as an affable bartender, while her husband, Lyle Kanouse, plays Oz's boss. The latter's strangled early on by an unnamed stranger ranting about the evil game. John Dinan plays the murderer, his costume a ragged hoodie and a head of wild, curly hair; he butts in occasionally thereafter to act as Sequence Break's nominal villain. Most of the time, though, it's just Williamson exchanging lovebird badinage with Therese. "You're definitely the prettiest girl that's ever kissed me," he gushes during a rooftop rendezvous. "You're really sweet," she says, kissing him again. Therese has a tender smile that endears her to the camera, but the generic dialogue hampers her acting. Her character's a quirky chatterbox who only exists to smooch and support this awkward nerd. They discuss his dream of designing a game, and she tells him, "This is it for you. This is your moment." With his sleepy eyes and patchy beard, Oz is almost handsome. (He looks a bit like Michael Shannon.) Yet it still seems unlikely that he'd merit Tess's instant devotion were he not the hero of a poorly-written movie.

When Tess isn't around, Oz tends to play the cursed arcade game, then throw up, reeling from its malignancy. He has visions of oil-slicked bodies and flashing lights. This aspect of the film draws heavily on Videodrome, albeit without Cronenberg's techno-erotic eye. Oz will massage the game's joystick, his hands sticky with marshmallowy discharge, while the circuitry liquefies inside. These scenes are never especially creepy, although they do showcase some gooey practical effects. The game itself features neither a name, a narrative, nor any tallying of scores. Its cabinet is plain and black, and the "Asteroids"-derived gameplay involves polygons firing projectiles as they float through space. Its only real allure is the fact that it's palpably evil. Though Sequence Break may deal broadly with gaming history--the characters allude to "King's Quest" and Shigeru Miyamoto--it makes little use of the arcade except as a milieu. It's a pretext for Skipper to fashion his film after icons of '80s horror. Hence Van Hughes's lean synth score à la John Carpenter and the closing credits in Albertus, Carpenter's signature font. Skipper does muster up one Carpenter-worthy shot midway through the film, with Oz and Tess wandering past the evil game--the camera hanging there in front of it as Dinan's stranger slides into the frame. It's a relief from all the medium shots, trained roughly on actors' upper bodies, that dominate the rest of the movie.

The prolonged climax grows more emphatic in its weirdness. It barrages the viewer with revelations: Tess is dead; Oz and the villain are one and the same; and resetting the game can fix everything. Once Oz yanks out the circuit board, the whole film rewinds at high speed. It's a clever conceit, zipping backward through an hour of stagnant plot. This ending hints at a better movie, the kind of indie head trip where resourceful filmmakers turned their low budget into a minimalist asset. Skipper, however, displays too meagre an imagination. Despite its tiny cast and handful of nondescript locations, Sequence Break isn't minimalist. It's just empty.