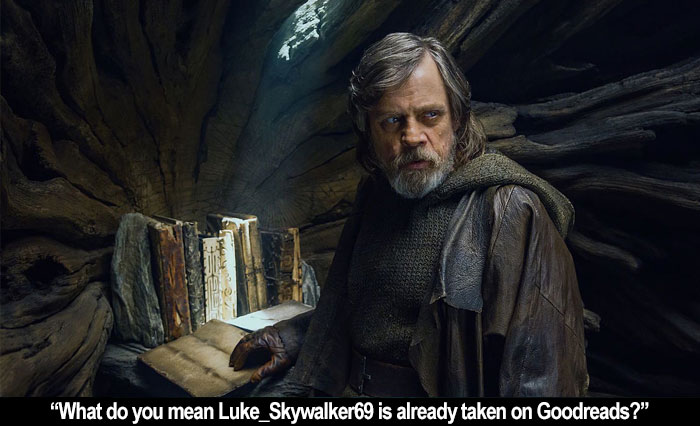 by Walter Chaw I wrestled for a long time with this review. Not what I would write but whether I should write it at all. I consider director Rian Johnson to be a friend. He's kind, smart, true, and unaffected despite having been handed the reins to the most revered American mythology--save for becoming somehow more humble during the course of it. In the middle of a period in which everyone in the business, it seems, is being outed as a cad, Rian is something like hope that there are good and decent men left. Star Wars: Episode VIII - The Last Jedi (hereafter The Last Jedi) is every inch his movie. It's about hope, see, and hope is the word that's repeated most often in his script. By the end of it, he suggests that hope can even grow from salted earth. It's a beautifully-rendered image as open, guileless-unto-corny, and genuine as Rian is. I don't love everything in the film, but I do love Rian and The Last Jedi as a whole. In a franchise this venerated and valuable, it's ballsy as fuck that he decided to do his own thing and that Disney let him. Now they've decided to invest another $600M or so in letting him do his own thing some more.

In The Last Jedi, Rey (Daisy Ridley) presents a problem for Luke (Mark Hamill). She's uncontainably powerful and probably untrainable, like he was once upon a time, far, far away. She sees a dark pit during a period of meditation and heads directly towards it. Luke is horrified: "You went right for it?" She didn't think twice. She represents the new; Luke represents the old. When confronted with his own subconscious in The Empire Strikes Back, some 36 years ago now, he hesitates; he's warned that whatever he takes with him in there is what he'll find. Rey learns the same lesson without similar guidance. She discovers a Platonic mirror down there (maybe it's Lacanian), next to a still pond. She learns who her parents are and then that it doesn't matter, because at the end of it all, we are who we make ourselves. Johnson references Notorious in this scene, just as he references the likes of Black Narcissus and Akira Kurosawa throughout--but always with a purpose. Here, it's to see the shadows of her parents merge like the shadows of Sebastian and his demonic mother when Alicia succumbs to bad tea. It says something about that particular relationship. The merging of the wraiths in Rey's vision says something about that relationship, too. They're both trapped, these heroines, by other people's expectations of them. They're both wounded by those who should have loved them the most. "Who are you?" asks Luke. And then he asks where she's from. "No one's from nowhere," he says. Then he asks why they sent her to him, "Rey from Nowhere."

Luke tells Rey that he has three lessons for her. The first is that the Force is neither good nor bad, just the energy between opposite sides of the same devalued coins. Two halves of a coin is what we see, too, in the hands of Page (Veronica Ngo)--who is instrumental in an early space battle--and her sister, Rose (Kelly Marie Tran), as Rose mourns the Resistance's losses. They are cut like a Yin/Yang. Separate, they are out of balance. The heroes of The Force Awakens are separated for almost the entire film. They're all out of balance. The Last Jedi resembles The Empire Strikes Back's structure in that way, if in few others. Luke says to "Rey from Nowhere" that thinking the Force will die with the "last" Jedi is arrogance. It's his way of warning her about arrogance and the importance of respecting that the older you get, the less you know anything with any certainty. I had all the answers twenty years ago. Now? Now I don't know shit. The second lesson is that being lost in the past can be dangerous, can teach the wrong things to the cursorily enlightened. Luke's asked if he's read all of the sacred Jedi texts he's placed on an altar in his hermitage. They're not exactly, you know, riveting. He tells Rey that the Jedi are more useful as symbols than as actors, and Rey understands that symbols are important to the future. In one exchange, Johnson articulates the enduring importance of Star Wars to my generation of Americans. It was my first and most vital connection to this culture. There's a scene near the middle where Luke is reunited with an old friend and they watch a home-movie together; I well and truly lost it for those few minutes.

Rey tells Luke that Leia (Carrie Fisher) sent her "with hope." We're reminded of the last word uttered in Rogue One and the original entreaty in A New Hope when a hologram of Princess Leia pleads with an old friend of her father's to join the Rebellion. She's asking now for her brother to come home from exile. It's a complicated gesture, because we know that Luke has failed his nephew, Leia's son Ben (Adam Driver), the violent apprentice to the evil Supreme Leader Snoke (Andy Serkis). In a series of Rashomon-style flashbacks, we learn of Luke's failure and Ben's vulnerability. Driver, it bears mentioning, is amazing. Again. The Last Jedi happens in the middle of the bleakest time that I can remember in our culture, and all it really has to say is that, in the words of Vice Admiral Holdo (Laura Dern), if you don't believe in the sun, you'll never survive the night. It talks about the right way and the wrong way to fight, about holding strong to the idea that there are still good people in the world, even when the line distinguishing right from wrong, truth from fiction, blurs. Finn (John Boyega) tells thief DJ (Benicio Del Toro) at one point that DJ is wrong for believing there's no real morality in taking sides. In response, DJ says, devastatingly, "maybe." It's a shrug. We greet each new effrontery with the same kind of nonchalance-approaching-nihilism. We are a culture of not-surprised. We are beyond the capacity for satire, and so The Last Jedi approaches with its heart in its hand. This is not who we are, it says--this is who we used to be, if we care to remember. And who we could be, if we care to hope.

The Last Jedi is about--most of all, then--self-determination. It destroys the idea of destiny and the notion that this story is bound to the Skywalker family. It's about becoming comfortable in your skin: not by birthright, but through struggle, pain, perseverance; by making the good decision at the right time; and by hope. It values leadership and temperance. "Wisdom" isn't a word said with scorn. What's fascinating to me is that Luke shares the same worldview as Ben: they both want to eradicate the past. Luke wants to because it's painful and he's full of regret and shame. He's uncomfortable with his reputation, which becomes a refrain in Finn's initial reactions to Rose's fawning recognition of him. Ben wants to because of his own regrets and shame, and then the belief that the future belongs to him. The past is an uncomfortable burden, so he plucks it out. He thinks he's found an ideological partner in Rey, who should also be ashamed of her past, he thinks, growing up as nothing, nowhere. Maybe he has found one. Luke seeks to burn it all down. He's stopped, but just for a moment and for a different purpose than is first apparent. He hasn't changed much from the kid always looking towards the future. It's his greatest flaw and his greatest strength. Ben's, too, maybe. Hard to say. For a glimpse of what Johnson thinks about the past, catch what's in a storage drawer at the very end in the belly of the Millennium Falcon. I should mention that the plotting in The Last Jedi is trip-hammer tight, as, you know, all of Johnson's scripts have been.

I didn't like the sequence in a casino--a callback to the Star Wars Cantina, of course, but also a chance to discuss the evils of war profiteers and the 1%. There are creatures there, there's slapstick, there's a heist of sorts, and it all harks back to my favourite of Johnson's films, The Brothers Bloom, in the interplay between the characters, in the lightness and clarity of the scheme. But it's tonally disruptive, and it introduces a trio of children who seem like part of a different film. I'm not much invested in Rose and Finn (mileage may vary), though I do love the doomed chase of the Resistance fleet, running out of fuel, on the verge of mutiny from frustrated "Flyboy" Poe (Oscar Isaac), and watching their already-minuscule numbers further, cruelly reduced. There's a frontier quality to the picture that's extraordinary and raises the idea that if The Last Jedi is a western, then it truly believes we're in transition, perhaps, and there's reason not to despair. I love Ben and General Hux (Domhnall Gleeson). I love the samurai influences of Snoke's Praetorian Guard and a final showdown borrowed from Sanjuro and shot like a Sergio Leone standoff against an impossible backdrop of machines of war. I love the movie's courage and its honour. I love how much it loves its characters. I love that it so loves Star Wars that it challenges the series to be elevated in its ideas and its images. There's a double sunrise set to a familiar John Williams motif. When Rey first wields Anakin's lightsaber, her gorgeous theme rises up like the lump in my throat. The Last Jedi feels like something entirely new: a shot across the bow in the form of a message of peace and acceptance. A leap of faith. Luke never gets to teach his third lesson to Rey, but I think he teaches it to us. By being easily the most unconventional film in the octet, The Last Jedi underscores exactly what Star Wars was always about. Hope. We need it now more than ever.