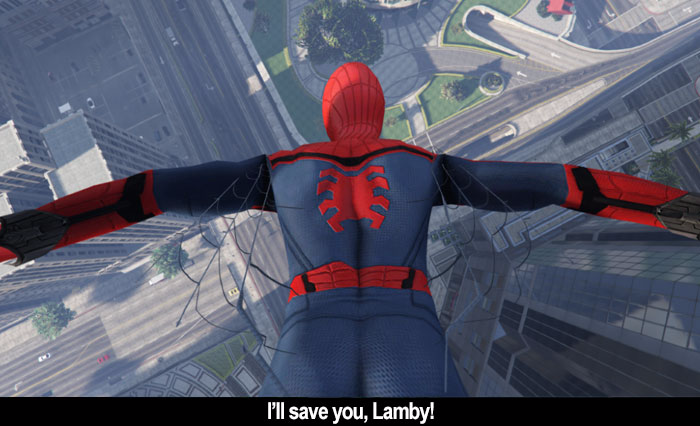 by Walter Chaw A painfully adequate entry in the ever-expanding MCU, Spider-Man: Homecoming has the benefit of a brilliant young lead in Tom Holland and a fantastically-layered villain turn by Michael Keaton, but it bears the burden of all the films that came before it and all those yet to come. There's a lot of checking-off of boxes, in other words, with Homecoming reminding most of Ant-Man in that there seems to be a good standalone movie in here somewhere that keeps getting diverted into looking backwards and forwards. There was an episode of "St. Elsewhere" where a patient believed himself to be Mary Richards of the "The Mary Tyler Moore Show". Midway through, he spots Betty White, who had a recurring role on "St. Elsewhere", and calls out "Sue Ann!," the name of her character on "Mary Tyler Moore". Both programs were produced by MTM, by the way, the company founded by Moore and ex-husband Grant Tinker. To enjoy that episode of the show completely would require knowledge of the "The Mary Tyler Moore Show" and its production company. It's a living example of the concept of post-modernism: a product based on nothing but itself and reliant entirely on the insular knowledge of a small group of fetishists. Such is the fire in which fandom is born, and Spider-Man: Homecoming is the natural product of that: an origin story that doesn't provide an origin because the previous incarnations of this story have provided it already; and film number 19 or 20 or something in a series that includes television shows and comic-book runs that, at this point, would require someone with absolutely nothing else to do to keep track of it. That's another fire in which fandom is born.

That it's bloated and makes references to things most people don't care about, even if they've seen every single Marvel movie (like me), is certainly one problem. Another is that these asides obstruct the natural rhythms of the story. Even a tiny subplot like Peter Parker's best friend Ned (Jacob Batalon) asking if he wants to put together the Lego Death Star with him after school pings off the knowledge that Disney now owns both the Marvel and the Star Wars franchises and is doing a little cross-promotion there. Then suddenly, Donald Glover, the new Lando Calrissian in that Han Solo movie that just lost the guys who directed the first Lego Movie, shows up. One of the magical things about film is this concept of "suture," in which it's possible to not just have affinity for a character, but to actually assume that character's point of view. Film is an empathy machine in a literal sense. Part of its magic is that it can pull you into it for a while. When a movie, or a franchise, is primarily interested in calling back to itself while setting up the inevitable next instalment, it defeats any possibility of suture.

I really like Holland's Peter Parker, whom I suspect is very much like Holland himself: open, smart, funny, vulnerable. This Spider-Man is one I really like as well. He's not cruel. He cares about people. He stops at one point to save a cat. That's great. Yet there's not one moment involving Peter that made me care about him like the whole of Sam Raimi's Spider-Man 2, where he's looking for father figures to replace the one he let die, only to find that all of your father figures die. It's what they do. Say what you will about Raimi's run with the character, but those films were involved with real emotions and, in moments, real poetry. Spider-Man: Homecoming seems to understand that it lacks the same soulfulness when, while hanging upside-down after a bit of heroics, Spidey's super-suit tells him to kiss the girl he has a crush on. Remember the upside-down kiss in the Raimi original? The movie's counting on you remembering it.

There are two moments that really worked for me emotionally, though. The first is a scene where Principal Morita (Kenneth Choi) puts Peter in detention, but not before director Jon Watts lingers for a second on Morita's bookshelf and a picture of his father in U.S. military fatigues next to a frame full of medals. Spider-Man: Homecoming is astonishingly, effortlessly diverse in this way. It gives backstory to this Asian-American man and positions him as every bit the American as Peter Parker. It doesn't make him do the accent. I don't understand why a Korean guy was asked to play a Japanese principal, but, you know, baby steps; it brought tears to my eyes. The second is the wordless reveal that Peter's girlfriend Liz (Laura Harrier) is the product of an interracial marriage--a happy one. Best friend Ned, played by a Hawaiian dude of Filipino descent, gets the bulk of the good lines. Peter's nerd friends are a United Colors of Benetton ad for Olympics of the Mind. And yet it all feels unforced. Spider-Man: Homecoming is a fantasy of desegregation and acceptance, which is the most fantastic element in a film about a spider-boy fighting a guy wearing giant metal wings and the fantasy I most desperately want to engage in. It's easily the best, most compelling, most aspirational thing about the film.

Anyway, Spider-Man wants to be an Avenger, though Iron Man (Robert Downey Jr.) doesn't think he's ready. Meanwhile, Spidey uncovers a plot by blue-collar hero of the people turned evil alien-tech-dealing arms kingpin Vulture (Keaton) to hijack a shipment of super-tech from the newly-decommissioned Avengers building. This means Happy (Jon Favreau) has a lot of screentime for no reason whatsoever but doesn't explain why we only ever see Iron Man and none of the other Avengers save Captain America (Chris Evans) on a few TV screens. Spider-Man fights bad guys; jumps around as an amazingly-poor-at-times CGI puppet; climbs the Washington Monument in a scene that reminds me of a dream Miles had on "Murphy Brown" about being a dolphin erupting from the tip; and tries to hold the Staten Island Ferry together in a scene that recalls-without-surpassing the runaway-train sequence from Spider-Man 2.

Aunt May (Marisa Tomei) doesn't get nearly enough to do, Peter gets bullied by a jerk named Flash (Tony Revolori) who calls him "Penis Parker," and Peter goes to a party and asks Liz to the homecoming dance. And all the while everyone in the audience is wondering who MJ is if it's not Liz, because we've been dosed to the gills with this mythology. The fight scenes are largely confusing and difficult to follow or set entirely at night, the plot is boilerplate, and all of it is saved, if only just, by the quality of the cast and the fantastic timeliness of its diversity. I wish there were one moment that felt like metaphor and not just more of this endlessly-unspooling exposition. I think a lot about that part in the first Raimi film where Peter shoots his web all over his room and freaks out when his elderly aunt wonders what he's doing in there. In Spider-Man: Homecoming, Aunt May just comes out and tells Peter that puberty is a scary time where things happen to your body. It's Sam Raimi's Spider-Man for Dummies. I wish it were the first MCU film instead of the whatever they're up to now: unfettered by baggage and narrative effluvia. Imagine the Spider-Man: Homecoming that doesn't mention the Avengers at all. Thirty minutes shorter and, oh man.