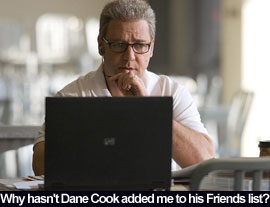 by Walter Chaw Perfectly workmanlike, unimpeachably prestige-y, achingly contemporary, and a near-complete failure as revelation, Ridley Scott's Body of Lies tells the tale of modern spook-dom complete with spy satellites, cell-phone eavesdropping, torture, and terrorists. A compelling stew, one would think, yet something that a decade ago would be seen as science-fiction and as recently as a few years ago as satire today offers no surprises--no discernible sharp edges, smooth as a river stone worn down by a few fast years of crippling cynicism. So the United States is a fingernail factory skating on the razored edge of impossible technologies and still, because of two-minutes-ago wisdom and dusty bureaucrats, unable to exterminate subjects and achieve minimal objectives in our ideological war. The film advises that we trust no one, that the issues are complex, that our enemies aren't stupid, and that there will always be a super-suave Sharif-ian Arab in pictures like this lest we forget how much we're capable of getting behind the Disneyfied Aladdin portrait of the Near East when push comes to shove. It reminds that Russell Crowe can get fat with the best of them even if, after The Insider, no one was wondering--and it reminds that Leonardo DiCaprio is pretty good at this intense young man shtick (although no one was wondering that, either). The problem with Body of Lies isn't its craft (indeed, it's one of the most handsomely-mounted, professionally-executed pictures of the year)--the problem is that it's got nothing to say in a media-rich environment awash with pundits, alive with YouTube, and actually awake for all the sleepiness in our mid-section. The irony of Body of Lies is that it's about intelligence but its own is at least a few months behind the curve.

Ferris (DiCaprio) is a CIA dude on the ground in Jordan. He speaks Arabic, which, the film tells us, makes him smarter than most CIA dudes on the ground in Jordan (most diplomats, too, we infer), and it also makes him smarter than his handler back in Washington, Ed (Crowe). There are a few nice scenes of Ed doing things that Ferris doesn't know about--and a few not-as-nice scenes of Ferris falling for Iranian nurse Aisha (the lovely Golshifteh Fasahani, the first Iranian actress to appear in an American production since 1979) and considering leaving the intel biz behind for a life of wedded bliss. The expected happens in mostly expected fashion, Ferris meets the Bin Laden-manqué across a table in front of a little camera, and the debonair head of Jordanian intelligence, Hani (Mark Strong), proves both angel and devil in the end in a broadside at American preconceptions. It's all very A Mighty Heart in its glimpse at local procedural detection--nothing new there, either--and scenes of godlike American tech omniscience were done already, recently, in the fluffier Eagle Eye. That's the tragedy of our world situation, I suppose, that movies as cynical and nihilistic as Body of Lies feel like common enough currency that a heated exchange at one moment between Ferris and the disapproving sister of his beloved over the "situation" in Iraq produces knowing shrugs instead of horror or outrage. The world's a fetid cistern of good intentions gone sour and religious fundamentalism, West vs. East--tell me something I don't know.

It could be said that the best hope for the picture to be something more than Syriana with the rest of the handsome men in Hollywood is its subtle look at how Aisha's neighbours (and, in Body of Lies' best scene, the other customers in an outdoor café) regard the budding interracial shenanigans of she and Ferris. If there's a theme to be culled from 2008's movies, it's this sudden resurfacing of the race conversation in our popular discourse, dealing with the great American bogey of miscegenation in a manner that hasn't been this front-and-centre since the 1960s. Sadly, Body of Lies doesn't go very far with it, and casting the Arab world as just as intolerant as the West when it comes to hot brown-on-white action actually tilts any possible noble intent the picture might have towards jingoism. All of which only speaks to the idea that Scott and screenwriter of the moment William Monahan don't really have much to say about what's happening at this moment--writing history midstream and offering not a whole lot in the way of illumination of the ways we got here and what the fuck we do now. It's good, as far as it goes, but the best Ridley Scott film about the failure of modern American military policy is still Black Hawk Down, while the best film about our current literal and philosophical boondoggle remains to be made. Originally published: October 3, 2008.