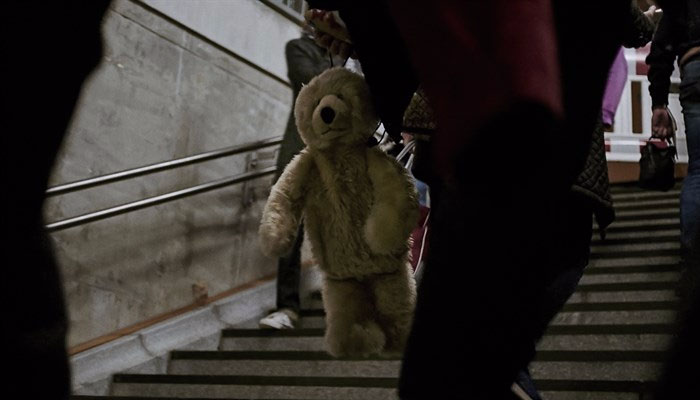 by Bill Chambers Following a flow of Syrian refugees from Greece to Sweden, 69 Minutes of 86 Days is formally unusual but sentimental in a way that feels very familiar. Director Egil Håskjold Larsen's (for all intents and purposes) invisible Steadicam cruises a tent-lined port in Greece, an eye-level drone looking for a muse. Roughly eleven minutes into the picture, there she is: Lean, an adorable tyke who comes to exert such a magnetic pull on the camera that it stoops to her level, coming up for air only when she is whisked skyward by one of her relatives. This devoted observation brings to mind Schindler's List, with Lean's Frozen backpack standing in for the little girl's red coat and, moreover, Larsen becoming Schindler himself. (Aside from feeling bizarrely derivative for a documentary, it gives the movie a slight saviour complex.) Admittedly I awwww'd, several times, and if the swift downfall of Milo Yiannopoulos or 45 giving Assad the biggest noogie Putin would allow showed us anything, it's that irising in on kids galvanizes the powers-that-be; may the film open borders as well as hearts. Where 69 Minutes of 86 Days unequivocally stumbles is in how the individual vignettes, whether by luck or, more likely, by design, are sequenced to progress from day to night and back again a couple of times, which makes the titular 86 days feel like two. A more haphazard structure less slavish to circadian rhythms might've better conveyed the physical and psychological toll of the refugees' trek across Europe. This is an exodus reduced to a road trip.