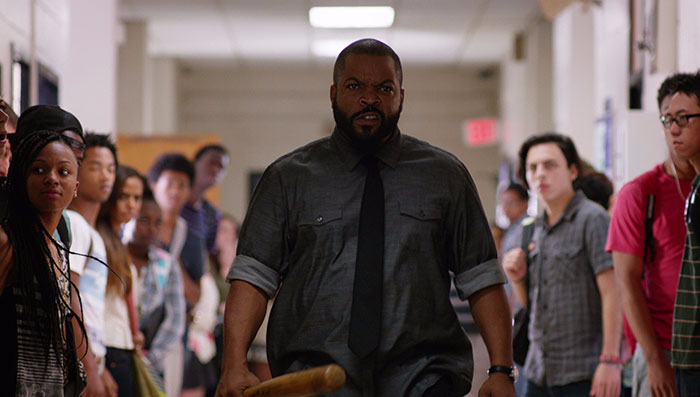 by Bill Chambers Dick joke, dick joke, vamp, vamp, dick joke, vamp, soapbox, gag reel. That's the stalwart formula of modern comedies, because why wouldn't it be? People love dicks--pics, jokes, presidents--and the rude jazz of improv and a message that turns junk food into a healthy smoothie. People love smoothies. And bloopers? Are you shitting me? Second only to sliced bread. I have this theory I'm workshopping about social media making everyone believe they're a comedian and therefore threatened by anything that might be funnier than they are, turning studios into peddlers of junk comedy. This feels somewhat complementary to another pet theory of mine, which I've mentioned before in these parts, that digital filmmaking precipitated comedy's decline the way that video ruined pornography: by making the genre more purely exploitative of the talent, at the obvious expense of artistic discipline. Why craft a punchline when the camera can run indefinitely while you look for one? Anyway, Fist Fight is shit.

Fist Fight shamelessly rehashes the delightful '80s oddity Three o'Clock High, itself a clever teenage spin on High Noon in which dweeby student reporter Jerry Mitchell becomes the target of fearsome bully Buddy Revell, who challenges him to an afterschool showdown. Unsurprisingly, this premise is untenable when the main characters are aged up into adult humans and made teachers, no less. Charlie Day plays the Jerry and Ice Cube plays the Buddy; as in Three o'Clock High, the impending fight is just the tip of the iceberg for our put-upon hero, Andy Campbell, who's facing down a bunch of kids on both the last day of school--which has them distracted--and Prank Day--which has them engineering surreally meanspirited stunts like getting Andy dragged through the halls by a horse on meth. Ron Strickland (Cube) has to contend with these monsters as well, and because he's not a milquetoast pussy he explodes, smashing one student's desk to splinters with a fire axe. (I probably shouldn't question the fire axe with a meth-fuelled horse galloping around, but what's up with the fire axe?) But enough about the interesting one: Andy's pregnant wife (Joanna Garcia Swisher, wearing a shade of Clairol known as "Amy Adams Impostor red") is due any day now, he's supposed to perform with adolescent daughter Ally (Alexa Nisenson) in a talent show, and his employers are handing out pink slips, which is why he snitches on his colleague to the principal (Dean Norris, inheriting all the piddly parts that used to put food on James Gandolfini's table), who promptly fires Strickland. Hence, Strickland wants to beat the shit out of Andy--formally, after school lets out, in the parking lot.

The whole thing unravels early on when an irate Strickland can't figure out how to work the computerized coffeemaker in the teacher's lounge and Andy jumps in to help him. It's worth noting that Andy is surrounded by black people prior to/during this exchange, but one doesn't have a speaking role (we just see the back of his head), one is looting the place because he was fired, one is the soccer coach (Tracy Morgan), who talks about how hard it is not to get his players' moms pregnant, and one is Ice Cube's Strickland, yelling "coffee" at a coffee machine like it's the 2001 monolith. I don't think the film sees any problem with the central conflict being cuddly white guy vs. Nubian savage, because Strickland is more myth than man, rumoured to have been everything from a jazz virtuoso to a vigilante cop before landing at Roosevelt High. This is a familiar gambit of white filmmakers, an aggrandizement that seems complimentary but is really rather dehumanizing in its incuriousness, and the contrast between the protagonist and ostensible antagonist is telling: Andy is allowed to have a host of first-world problems, while Strickland mostly has an Andy problem. (The implicit message is: Get over it, Strickland.) The film's lack of empathy for an angry black man--even if Cube tries to mollify that image a time or two with an "I'm just fuckin' with 'em" grin that butts up against the fourth wall--is almost more galling than any kind of retrograde racism. What's more, the only scene with a bit of charge has Ally singing Big Sean's "I Don't Fuck with You" on a middle-school stage. Predictably, it's an issue that she left the parental-advisory lyrics intact but not that she appropriated a black artist. Is it any wonder Strickland remains so steadfast in his desire to hurt a white boy?

I may be applying too much sentience to a profoundly lazy and mindless script. Why does Andy seem to teach 50 different classes and have unlimited free periods in which to sit around conspiring with his co-workers (Morgan and Jillian Bell)? Why do the last day of school, Prank Day, and a very serious job review that will end in layoffs all coincide? (For that matter, isn't the Prank Day designation gratuitous? Doesn't it being the last day of school already open the floodgates to misbehaviour?) "Waste of money," Strickland says of the aforementioned coffeemaker--right, so why did it suddenly materialize in the faculty lounge at the end of the semester amid budget cuts? The Mr. Smith-with-swears monologue Andy delivers to his supervisors is righteous enough, I suppose: He says--or, moreover, shrieks, in Day's apoplectic style1--that the compromises created by education cutbacks, such as larger classes, are the reason the students are running roughshod over the teachers. The problem is not only that the feral behaviour of the teens in this movie, like the titular brawl itself, goes too far to be anything other than disturbing2 (Alan Alda's maxim in Crimes and Misdemeanors applies here: "If it bends it's funny. If it breaks, it's not funny"), but also that the pranks exhibit an ingenuity that suggests whatever the board of education is doing wrong, they should keep doing it. Anyway, Fist Fight is shit. 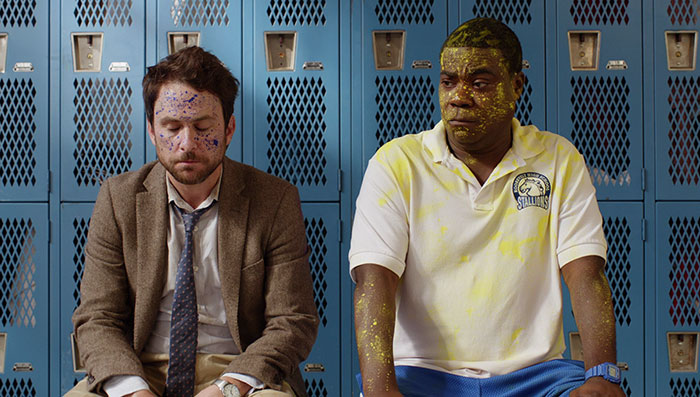 THE BLU-RAY DISC
Warner brings Fist Fight to Blu-ray in a 1.78:1, 1080p transfer. This is a relatively handsome-looking film; DP Eric Edwards, who shot Gus Van Sant's early masterpieces, brings an undeserved elegance to it, capturing the classroom interplay of sun and fluorescence without overlighting the actors or flattening them against the background. The digital photography has a cinematic mien and ports beautifully to Blu-ray, with striking colours, crisp detail, and awesome dynamic range. In fact, in the few months I've owned a 4K TV, I haven't encountered a presentation that upscaled as persuasively to 2160p as this. Which is of course bittersweet. True to form, the movie's soundmix is a dialogue-driven affair, though the subwoofer is used pretty consistently for punctuation and during the Big Sean number the 5.1 DTS-HD MA track is deep and boisterous. A 2-minute, HD behind-the-scenes video feels like the umpteenth promo for the Georgia Film Commission I've seen lately. Meanwhile, two extended scenes (3 mins. and 4 mins., HD) featuring "Silicon Valley"'s Kumail Nanjiani ramble on for a self-impressed eternity in that post-Apatow way. The disc comes with DVD and digital copies of the film. 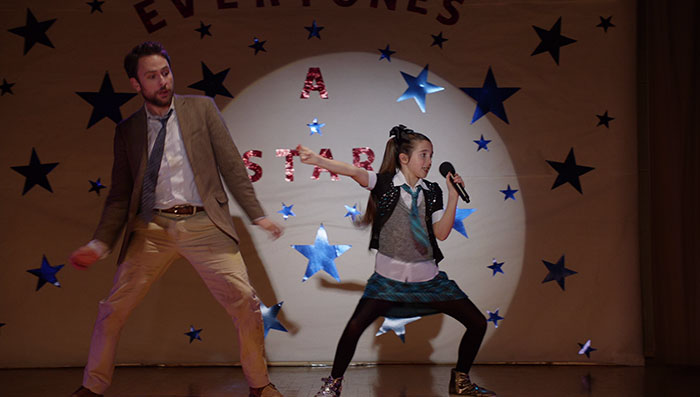 1. Counting the days until he puts that affectation in a closet with Bob Goldthwait's shrill growl.
2. Don't get me started on the chronic masturbator.