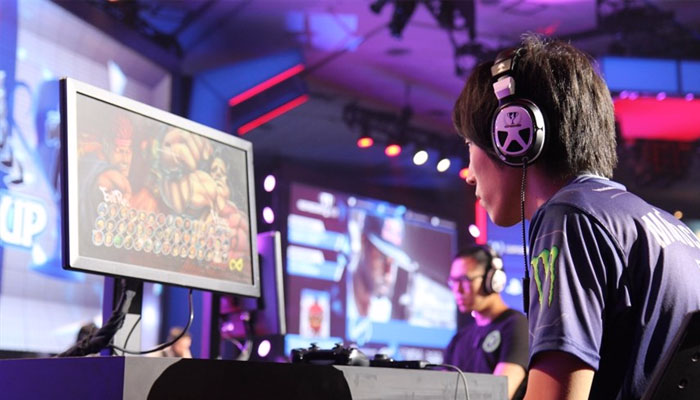 by Bill Chambers In surveying a complementary milieu with the same elegant reserve, Living the Game could be a blood relative of the streaming favourite Indie Game: The Movie. Although its chill vibe doesn't feel entirely forthcoming in the age of Gamergate, the pro gamers it profiles may exhibit fewer chips on their shoulders because they all hail from the East (Japan, mostly) rather than the West. These folks are damn near role models--at least that's true of Daigo Umehara, who's grown complacent about having written memoirs and been the subject of a popular manga. Momochi owns these books but hasn't read them. He says he doesn't want to know too much about his potential opponent, which directly contradicts an earlier scene showing the copious notes he's made on the strategies of other players. Momochi lives with bubbly girlfriend Choco, the two of them eking out a living as professional gamers. The more skilled of the two, he helps her train, but his hardass approach is causing their relationship to fray at the edges, as is the couple's lack of a steady, dependable income. Momochi takes centre-stage here, though it's because of Choco's increasingly-fragile smile that his story compels. Another gamer (defeated by Momochi in a controversial victory), the Taiwanese GamerBee, inspires more affection than the morose and testy Momochi as well: A latchkey kid who sought a cure for loneliness at the arcade as a child then came around to embracing videogames again after his beloved father passed away, GamerBee is like a character out of an Edward Yang movie. Living the Game's subjects eventually descend on the Capcom Cup, a competition that awards an impressive $120,000 to the last player standing in a "Street Fighter" tournament. That the outcome is unconventionally anticlimactic might've worried the filmmakers at the time, but it almost seems to have dictated a retroactive ambivalence towards the subject of pro gaming that's slightly stultifying. There's nothing wrong with a little equivocation, of course--this is a documentary, not propaganda. But when Living the Game was over, part of me felt like I'd just watched Shrug Emoji: The Movie.