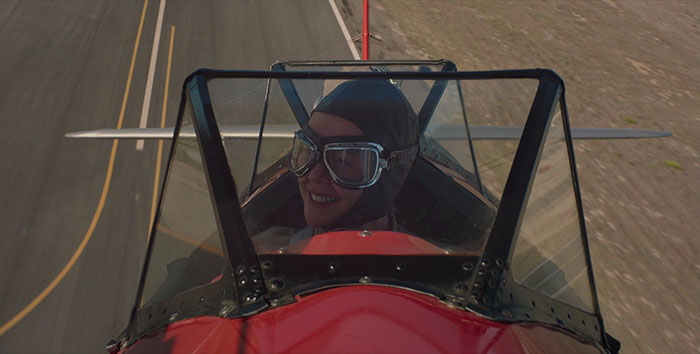 by Walter Chaw Mike Mills's 20th Century Women is beautiful for the way that it listens. It hears how people talk, and it lets them. It watches the way people interact and allows that to speak volumes for them. It's a film, like so many lately, about communication. There's a moment, late, where a young man--a boy, really--says to his mother that he's an individual: "I'm not all men, I'm just me." And she says, "Well... yes and no." It's a beautiful exchange, performed exquisitely, timed perfectly. It's sublime, not the least for being smart and dead-on. Kind and pointed and impossibly eloquent about certain uncomfortable truths, 20th Century Women is an invitation to have ultimate conversations about how we ruin our children with our best intentions and how that has always been so and will always be so. In multiple interludes, Mills speeds up the film, blurring the action with lighting effects and throwing in archival images while including narration like "the world is very big." It is. The picture holds to the idea that the world is incomprehensible and that we're acted on by forces we cannot control--and at the end of it, after we're gone, it goes on without having known we were there. There's a certain piquancy to that that needs to be earned, and is earned.

There are even moments where the movie recognizes that it's on the verge of spinning off into some New Age silliness and perverse introspection, like when resident fallen bohemian William (Billy Crudup) tries to explain to co-boarder Abbie (Greta Gerwig) that we're all made of stardust...and she laughs at him. But her reaction is not played for cruelty. Mills spends time with each of his characters, giving them complete backstories, explaining how someone like William came to be alongside things like punk rock ("What happens when your passion is bigger than the tools you're given to express it?") and an age of Nixon, nice cars and houses, and boredom. William represents a failed ideology and the essential cruelty of hope. He tries, and fails, to express how much he loves a world that doesn't care about him and has moved on. He has a moment where, after a one-night stand, he asks the girl if she wants to hang out later and she, with kindness, tells him that he's sweet. At the centre of the film are young Jamie (Lucas Jade Zumann) and his mother, Dorothea (Annette Bening), who had him late in life and has brought him up by herself while running a little community in a sprawling old ramshackle mansion she's let out to Abbie and William. After a scary accident, Dorothea decides she needs help raising Jamie and so enlists Abbie and Jamie's friend Julie (Elle Fanning). "I feel sorry for men," Dorothea says. And it's not patronizing, it's genuine. Men are lost. I love Abbie and Julie's responses to this request. They're lost, too. We're all of us lost.

20th Century Women is set in 1979 and represents that time as a liminal period between Jimmy Carter's too-honest self-appraisal and Reagan's blankets of nationalistic snow. What lands about that is we're in no better position now than we were then--that we are always in a state of flux, always in between one thing and another: the ocean before and rat's alley, where the bones are behind. The very definition of a character study in a season defined by them with Manchester by the Sea and Moonlight, 20th Century Women is a series of vignettes, of conversations among people trying to figure things out and interactions that are intimately, painfully observed. Julie objects to having her picture taken at one point and says she's not something that's happened to the photographer. She isn't an object to be documented. There's an interesting theme that runs throughout concerning the ways we memorialize things. There's storytelling--Dorothea does a lot of that--and there's photography, music, role-playing. The movie's voiceovers include one from a dead person, Sunset Blvd.-like; it's used to suggest a certain eternity in these stories. In real ways, everyone is only something that happens to someone else. It's how we interact with and in the world. The connections Mills makes in the end are each coloured by the passage of long time, by decades and decades of other people and experiences, so that the things that were vivid once are washed-out now, dull, stranded somewhere back at the beginning when the world was new.

20th Century Women likens the influence we have on one another to perfume on an old letter you discover among a box of them in your grandmother's attic. The relationships we have with others are ephemeral, and fade, but are ever-present, even urgent, when the right cue pulls it screaming to the surface. Mills finds ritual in the middle of all the found moments. How Jamie reads off stock prices for his mother in the morning. How every year, Dorothea realizes her dream of becoming a pilot with a birthday flight on a vintage plane. How a series of heartbreaks leads William to himself finally--but not quite now, not quite yet. Somewhere way out there in a future of repetitions. "Don't worry about her, she's from The Depression," Jamie says of his mother, but later she admonishes him that asking if you're happy is a good way to become depressed. Mills plays with words. He makes characters who are obsessed with them, who turn them in the light to catch the right angle. Bening is better here than she has ever been and she's been great. Fanning has had a wonderful year. So, too, has Gerwig. 20th Century Women, itself melancholic, is a medicine for melancholy. Call it an inoculation. There's a real, live heart beating in it. Originally published: January 4, 2017. 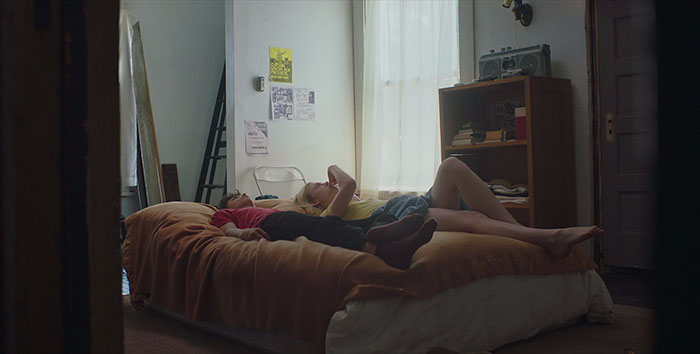 THE BLU-RAY DISC
by Bill Chambers 20th Century Women isn't going to be the demo at your local Best Buy but it's a photographically beautiful film, framed at the increasingly-popular "universal" aspect ratio of 2:1. Using mainly the Alexa Mini, DP Sean Porter pursued a cinematic texture, purposely over-metering the image then layering diffusion and sepia filters on top for a dusky period glaze. Overhead illumination provides not Godfather-esque sunken eye-sockets--although The Godfather and the work of its cinematographer, Gordon Willis, are cited as lighting influences on the Blu-ray's commentary track, along with Jane Campion's Bright Star--but rather a feeling of perpetual afternoon light, completing a hazy look we might associate with memory in general and 1979 specifically. (You can read more about Porter's techniques in this cinelinx interview.) There is such a thing as dynamic range here, however, with human faces and bodies exhibiting a depth of contrast that foregrounds them in any given shot. The 1080p transfer on Lionsgate's Blu-ray release is almost unimpeachable, save for some small patches of crushed shadow detail that tend to cluster with noise. These aren't going to hurt anyone's enjoyment of the film. Similar to the visual approach, the picture's sound is modest and gentle, with barely any surround or subwoofer activity to speak of. (Music does have a stereophonic presence.) The 5.1 DTS-HD MA track richly reproduces the dialogue-heavy mix.

Writer-director Mike Mills records the yakker that now seems to be a standard feature on Lionsgate BDs. He's a professed fan of the form and knows what he's doing--i.e., he avoids plot summary, not that 20th Century Women lends itself to one. Almost a bit too breathlessly, Mills talks about the picture's inspirations (Fellini's a big one, particularly 8½), aesthetics (some of the production design in the house isn't--that is to say, the place came with its own decor that merged with Mills's vision in spots), and of course autobiographical roots ("This didn't happen but this is so my mom," he says during the scene in which Annette Bening's character is pulled over). It's a painless listen that elucidates something of a mental scrapbook for those so curious. As for video-based extras, "Making 20th Century Women" (10 mins., HD) is almost as elegantly shot as the movie itself, though earnest reflections on the project from Mills and his dedicated troupe ultimately comprise a dewy commercial for the film. "20th Century Cast" (11 mins., HD) is more of the same, but discretely focuses on individual characters/performances. Lucas Jade Zumann, who plays Mills's young alter ego, is endearingly grateful for the role, still, and a more eloquent, soulful group of actors you won't find. After three endless months of President Jabba and Press Secretary Crumb, I'd almost forgotten what lucid English speaking sounds like--thanks, Annette and co. Trailers for Moonlight, La La Land, American Honey, The Lobster, and Morris from America round out the disc, which comes packaged with a download voucher for 20th Century Women. 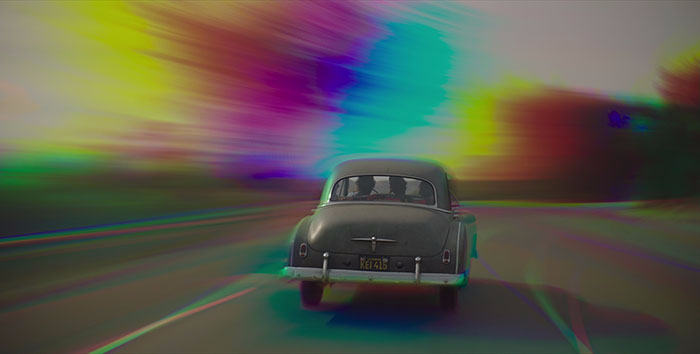