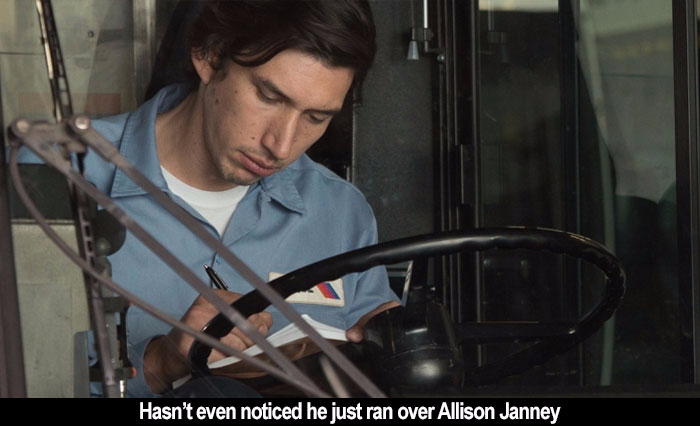 by Walter Chaw My Pocket Poets edition of William Carlos Williams's Kora in Hell: Improvisations has the worn, faded, ineffably-dusty feeling of a paperback printed on low stock from a certain period. The back cover tells me there was once a day it could be had for $1.25. I've read it probably a hundred times, though I can't say I ever read it sequentially. This was the first year, as it happens, that I read The Art of War sequentially. I regard both texts as reference books: for the winning, for the existing. The kind you open to a page and read carefully, and then you put the book down next to you and look at the world differently for a moment. I have favourite passages from each. This is one of them from the Williams:

A man s desire is to win his way to some hilltop. But against
him seem to swarm a hundred jumping devils. These are his
constant companions, these are the friendly images which he has
invented out of his mind and which are inviting him to rest and
to disport himself according to hidden reasons. The man being
half a poet is cast down and longs to rid himself of his torment
and his tormentors.

Jim Jarmusch uses multiple readings from Williams's poems and ruminations in his Paterson, the title of which refers to the main character, the New Jersey town in which Paterson (Adam Driver) lives, and the book of poems by William Carlos Williams, which, at the end, draws a stranger to a bench by a waterfall, bearing a present.

Paterson is a bus driver. That little marquee above the windshield of his vehicle says "23 Paterson," as though he were titled. With a number, like a line number in poetry. Like a proverb. Paterson is a Jim Jarmusch movie through and through, in that it follows an iconoclastic protagonist through his days. It's structured around a long poem, or a lot of short ones, or a dirge, or a series of rules that govern the behaviour of samurai. When Paterson sits at the depot, waiting to depart, he jots down the poem he's composed in his head on the way to work. When he sits at home in the tiny cubicle he's carved out for himself in his basement, he jots down the poem he's composed while walking his dog to and from the neighbourhood bar. We hear his poems evolve. The first concerns the perfection of a box of matches. He talks about how he's the match sometimes that calls the cigarette--his girlfriend, Laura (Golshifteh Farahani)--to flame. The match is stubbornly ready to light. Sometimes, he's the cigarette.

The poetry is good. It's exactly derivative of Williams in exactly the right way. When Paterson talks to his girlfriend, every word and look and gesture is love. He loves her. He loves her better than most people love another. He treasures her and their relationship is one of the most touching in movies. There's a scene where he contemplates her paintings that had me laughing longer and harder than I have all year. She has a dog he hates, Marvin. He even tells Marvin so at the end. But he whispers it. Paterson and Laura together remind a bit of the relationship between Butch and Fabienne in Pulp Fiction--or, at least, Laura reminds me a great deal of Fabienne. She's a dreamer. She wants to be a baker, you know. And a country-music singer. When they go to a showing of the 1932 adaptation of H.G. Wells's The Island of Dr. Moreau, the one with Charles Laughton, she says without guile that it feels as if they were living in the 20th century. Paterson surely does. He doesn't have a phone, nor does he want one. He spends all his time looking at the world a little differently.

It is still warm enough to slip from the weeds into the lake's edge, your clothes blushing in the grass and three small boys grinning behind the derelict hearth's side. But summer is up among the huckleberries near the path's end and snakes' eggs lie curling in the sun on the lonely summit.

That's Williams again. Paterson feels like a Williams poem. It's both oblique and direct. That's what genius is capable of, this drawing of connections between things in tension. Jarmusch was always funny, but there's warmth now, too. His best film is still Dead Man, with its interpolation of British Romanticism in general and William Blake in particular with the last rattle of the American West. Paterson has something to say in this vein, too, understanding that the most fulsome offshoot of Romanticism is the Modernism Williams represents. There is a terrible loss in the film. In a different movie, Paterson would fly into a rage. In a different movie, Laura would say something to exculpate herself, because she told him so. She did. Tell him so. In this movie, Paterson goes for a walk instead. A stranger--played by Masatoshi Nagasi, who was Jun in Jarmusch's Mystery Train--sits down beside him on a park bench. Maybe it's Carl Perkins-loving Jun, making a pilgrimage this time to Paterson, to the place where Williams was from. Did you know, he asks Paterson, that Alan Ginsberg was also from Paterson? Maybe there's something in the water.

You will pass up into a cloud and look back at me, not count the scribbling foolish that put wings to your heels, at your knees.

Paterson is beautiful. Inside and out, it's beautiful. Its colours are impossibly lush; the nighttime here is Edward Hopper's cityscapes, the daytime is Edward Hopper's landscapes. There's a simplicity to it that's almost tactile. I feel like you could hold this movie, like Williams's poems. Like Paterson's, too. The stranger asks Paterson if he's a poet. It says something about the film that you wish with every fibre of your being he would say "yes," but he doesn't. Paterson tells the stranger he's a bus driver. "A bus driver in Paterson?" the stranger exclaims, and you can see in his saying of it that this is something magical for the pilgrim to consider.

Here's one of Paterson's poems:

Paterson is about the biological compulsion to create. More than that, there are the ways that Laura keeps painting their house. "Do you like it? Don't you think it makes everything more interesting?" It does. It always does. Creating art, appreciating it, furnishes a person's interiors. It hangs things on the walls. A world without that ability to make things, to contextualize things, is barren. What did Socrates say about this? "The unexamined life is not worth living." Paterson celebrates creating something with your hands. It's as triumphant a film about that joy, and the simplicity of it, as Ratatouille. I made a new friend this year. He's an author. I asked after his process and he shared with me that he writes in longhand on sheets of loose paper. I wondered why. He said that he likes to make piles of paper. I said it was like manual labour. He agreed that it was.

When the stranger leaves, he gives Paterson something. In a very real way, Paterson the film is the same kind of gift. The stranger says that sometimes a blank page is opportunity. He doesn't say an opportunity for what, but I get it. I do.